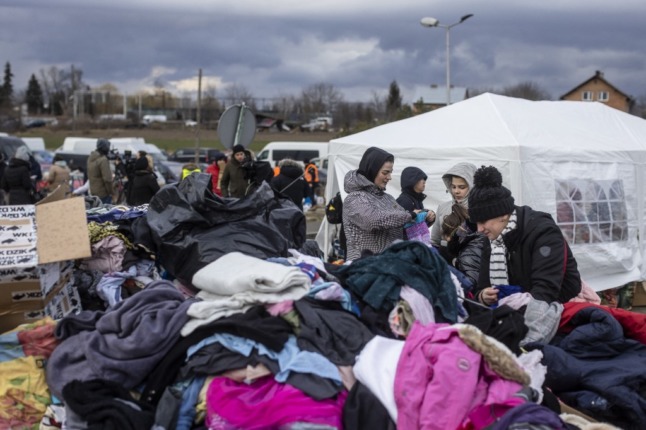 Additionally, Russian individuals and entities on a European Union blacklist will not be able to use Swiss banks to circumvent European sanctions against Russia, Switzerland’s Financial Supervisory Authority (Finma) said on Friday.

“Further steps to strengthen these measures are currently being prepared”.

Earlier, the Swiss government added to its watchlist 363 new Russian individuals and four companies that the EU had put on its sanctions list.

Switzerland also elected to join the EU in imposing sanctions on Russia, saying doing nothing would not be consistent with its long-held policy of neutrality.

Will Switzerland take in Ukrainian refugees?

The number of refugees to enter Europe from Ukraine could reach around four million, the EU announced at a news conference in Brussels.

Some have already poured into neighbouring Poland, with others expected to end up in other European countries.

Switzerland has also pledged to take in Ukrainian refugees.

While the country does not lie in immediate geographic proximity to Ukraine, “we will not let the Ukrainians down”, Justice Minister Karin Keller-Sutter, said on Friday.

Early on, the State Secretariat for Migration (SEM) said the country could take in up to 2,000 Ukrainian refugees, “depending on the evolution of the conflict”.

“Switzerland has the will to show solidarity. An emergency plan is available in the event of major migratory movements”, according to SEM.

As at March 8th, this has since been expanded to 5,000 official places for refugees. By end of March, this number was increased to 60,000.

Refugees from Ukraine arriving in Switzerland have been told to apply at one of six processing centres located across the country in Geneva, Zurich, Bern, St Gallen, Basel and Ticino.

The government has already indicated they will be eligible to obtain a right of residence without having to go through an ordinary asylum procedure.

Anyone wanting to take in Ukrainian refugees at home can put their name on the following list.

Switzerland on Friday announced it would activate the ’S-Permit’, which facilitates emergency protection.

The S-Permit allows people to live and work in Switzerland for a year, with the possibility of extension.

More information about the permit is available here.

Aside from the official measures, Switzerland’s population has also rallied behind Ukraine.

Early in March, around 20,000 people gathered in Bern to express their solidarity with Ukraine and condemn Russia.

While this was, to date, the largest pro-Ukraine demonstration in Switzerland, other rallies also took place over the weekend. Several hundred  protested in front of the United Nations in Geneva, with more expected in Bellinzona (TI), Basel and Lucerne.

More than 11,000 private individuals have volunteered to host refugees in their homes, amounting to an estimated 31,000 beds, as at March 8th.

As reported by Swiss media, countless individuals embarked on the 1,700-km drive from Switzerland to the Ukrainian border in order to provide donations and pick up refugees.

How to donate money, clothes and other items

Discussions on various Swiss forums, including on one managed by The Local, are focusing on how to help people in Ukraine.

Most have suggested donating money through the International Committee of the Red Cross (ICRC) or other credible aid organisations in Switzerland.

The Swiss Refugee Council can be contacted here, while community legal centres such as this one in Zurich have asked for financial support to allow them to provide advice and assistance to arriving refugees.

Ukrainian community organisations in Basel and Bern, groups have been created to collect medical and other donations to bring to Ukraine. Click the links for more information.

On Monday, February 28th, The Local set up a fund for media in Ukraine, understanding the threats they currently face.

The Local is convinced that this solidarity with Ukraine is not just right but crucial, and thanks to the support of our members we are happy to be able to make a €20,000 donation to the fundraiser.

People across the globe have also embraced some novel ways of helping those in Ukraine, for instance by booking out their flats on AirBnB without staying, thereby providing them with a source of income.

More information about The Local’s fundraising efforts is available at the following link.

READ MORE: How you can help Ukrainian media

Here’s how you can donate to help civilian population in Ukraine:

This article will remain completely free for everyone as a service to our readers. But our coverage is only possible with our paying members’ support, so if you haven’t yet, please consider joining us to support our independent journalism. Thank you. 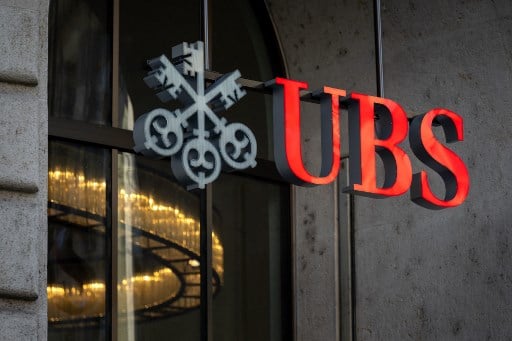 The amount, which has been fluctuating for months, is nearly one billion francs more than the figure provided by the State Secretariat for Economic
Affairs (SECO) in July.

Switzerland, a favoured destination for wealthy Russians and their assets, has also seen 15 Russian properties seized, it said.

Erwin Bollinger, in charge of bilateral economic relations at SECO, stressed to reporters that the amount frozen at any given time does not necessarily “reflect the efficacy of the sanctions.”

That is because Swiss authorities seeking to implement the string of sanctions on Russia sometimes freeze assets as a precautionary measure, which may be released again once clarifications have been completed.

Traditionally-neutral Switzerland decided four days after Russia invaded Ukraine on February 24 to align itself with the neighbouring European Union’s sanctions against Moscow, obliging banks to pass on information on clients or firms targeted.

As with their EU counterparts, Swiss banks are banned from accepting deposits from Russian nationals or people or entities based in Russia of more than 100,000 francs, and have been ordered to declare all existing deposits over that amount.

In all, 46.1 billion francs in such deposits have been reported, but SECO stressed that this could “not be equated with the total amount of funds of
Russian origin held in Switzerland.”