The EBU, which broadcasts the event, stated on Friday that Russia’s inclusion in this year’s song contest “would bring the competition into disrepute”.

The broadcaster’s board made the decision to ban Russia from the competition “in light of the unprecedented crisis in Ukraine” and after reviewing the rules and values of the event.

Russia’s exclusion from the music show comes after its prime minister Vladimir Putin launched a full-scale attack on Ukraine on Thursday.

Since then, EU leaders have imposed sanctions against Russia, with further rounds expected to follow, while major sporting events have also been cancelled in the country.

READ ALSO: OPINION: This is Russia’s war, but we Europeans need to learn fast from our mistakes

In explaining their decision, organisers said Eurovision “promotes international exchange and understanding, brings audiences together, celebrates diversity through music and unites Europe on one stage”.

Russia’s removal from the event marked a U-turn for members of the board, who had previously remained impartial on the matter due to the apolitical nature of Eurovision.

Just one day before, the EBU said that the contest was a “non-political cultural event” and that they were intending to host participants from Russia, but their initial statement seems to have since been removed from its site.

Italy’s Maneskin, the 2021 winners, performs during the final of the 65th edition of the Eurovision Song Contest 2021, at the Ahoy convention centre in Rotterdam, on May 22, 2021. (Photo by KENZO TRIBOUILLARD / AFP)

However, as pressure mounted from other broadcasters, the EBU responded with the ban on Russian entries.

Finland’s public broadcaster Yle said on Friday that it was “pleading” with the EBU not to allow Russia to participate.

“Yle will not send a participant to the Eurovision Song Contest if Russia can participate in the competition,” it said in a statement.

Other public broadcasters in Ukraine, Sweden, Denmark, the Netherlands, Lithuania and Norway also called on the EBU to ban Russia from the event.

The chairman of Ukraine’s public broadcaster Suspilne, Mykola Chernotytsky, said in an open letter to the EBU that “Russia’s participation as an aggressor and violator of international law in this year’s Eurovision undermines the very idea of the competition.”

This year marks the 66th edition of Eurovision and is due to take place in Turin, Italy, after Italian rock band Måneskin won the singing competition last year.

The last time Russia took the title was in in 2008 with Dima Bilan singing ‘Believe’, although it has recently been on of Eurovision’s best performing acts, placing in the top five over the past ten years. 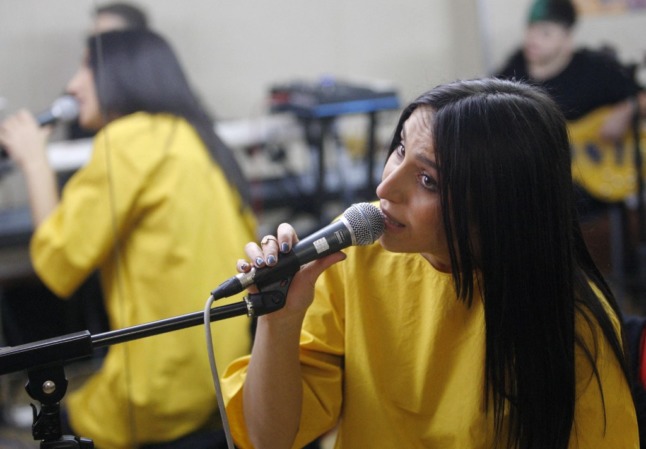 Russia was favourite to win in 2016, but Crimean Tatar singer Susana Jamaladinova of Ukraine, known as Jamala, snatched the title in a surprise victory with her song about Soviet leader Joseph Stalin’s deportation of hundreds of thousands of this group of people.

The 74-year-old, arrested on Wednesday at his home near the northern town of Burgos, appeared before a judge at the Audiencia Nacional, Spain’s top criminal court, facing one charge of terrorism, court documents showed.

He is accused of having sent six letter bombs to targets including Spanish ministers and embassies to push Madrid into halting support for Kyiv in the fight against Russia’s invasion.

The home-made devices were sent in late November and early December to Spain’s prime minister and defence minister, the Ukrainian and US embassies, the European Union Satellite Centre near Madrid and to a Spanish arms manufacturer in the northeastern city of Zaragoza.

In his ruling, the judge said the suspect sought to “force” the Spanish authorities to “refrain from supporting Ukraine in the face of Russia’s aggression”, which made him a flight risk.”

The importance of his violent actions as a means of propaganda for Russia’s invasion of Ukraine could facilitate his flight to Russian territory with help from Russian citizens,” the judge concluded

If convicted, the suspect could face up to 20 years in jail on terror offences.

But the judge said there were no indications of his involvement “with any other terrorist group.”

Nobody was killed by the devices but a Ukrainian embassy staffer sustained light injuries while opening one of the packages.

The suspect was “very active on social networks” and had “technical and computer expertise”, it said.

Investigators had determined the letters were sent by the same person and found three of them were posted from Burgos, the ministry added.

They then narrowed it down by an “exhaustive analysis” of the stamps, envelopes and parts used to build the devices.

The suspect’s arrest followed a New York Times report which said Russian military intelligence officers had “directed” associates of a Russia-based white supremacist group to carry out the campaign in Spain.

Investigators suspect the radical Russian Imperial Movement (RIM) — which is thought to have ties to Russian intelligence and has associates across Europe — is behind the letter bomb campaign.

“Important members of the group have been in Spain and the police there have tracked its ties with far-right Spanish organisations,” the newspaper said.

After the embassy attack, Ukraine’s ambassador to Spain, Serhii Pohoreltsev, pointed the finger at Russia and Kyiv ramped up security at its embassies around the world.