Several of Italy’s rules around the use of health certificates change during February.

The basic version of the pass is already a requirement for entry to hairdressers, barbers, and beauty salons.

These rules are in addition to the existing requirement of a ‘super’ green pass on all forms of public transport, in bars and restaurants, gyms, hotels, cinemas, theatres and sports stadiums.

Italy currently has a two-tiered green pass system in place, with the basic version of the pass available to those who test negative, alongside the ‘reinforced’ or ‘super’ green pass which proves the bearer is vaccinated against or has recovered from Covid-19.

From February 1st, fines can also be issued to over-50s who refuse to be vaccinated following the introduction of a vaccine mandate for this age group in January.

Those who haven’t completed their primary vaccination cycle or received their booster within the requisite timeframes also face the “one-off” 100-euro fine, the health ministry has confirmed.

From February 15th, all over-50s and staff at universities will also need the ‘super green pass’ to access workplaces.

See further details of the changing Covid-19 restrictions in Italy this month here.

February 1st also sees the validity of Italy’s ‘super’ or ‘reinforced’ green pass, which can be obtained only through vaccination or recovery from Covid, reduced from nine to six months.

While Italian media reports that the government is considering extending the validity of the pass indefinitely for those who have had a third or booster dose, this change has still not been confirmed as of February 1st, and the government has not made any official statement on the issue.

Keep an eye on our Italian ‘green pass’ news section for updates.

Changes to the international travel rules

Italy has confirmed travel restrictions will be simplified from the start of February for arrivals from within the European Union.

For arrivals from non-EU countries, the existing rules will be extended another six weeks.

That means arrivals from countries on the government’s List D can continue to enter Italy without a quarantine requirement provided they can produce both a vaccination certificate and a recent negative test; while entry from countries on its more restricted List E is permitted only under specific circumstances, and comes with a ten day self-isolation requirement

From February 14th, Italy will implement the EU’s ban on single-use plastics, passed in Brussels last July with the aim of reducing plastic and microplastic waste in the world’s oceans by 30 percent by 2050.

Biodegradable and compostable plastic is exempt from the ban, but companies caught selling other single use plastic products will be subject to fines of between 2,500 and 25,000 euros, according to online magazine Benessere Economico.

Like France’s Mardi Gras, Carnevale is traditionally the Christian celebration before the restrictions of Lent begin on Ash Wednesday (February 14th). Parades, festivals and events take place across Italy, bringing a burst of colour to the dull month of February. Check your local comune‘s website for details of events in your area.

Some lucky schoolchildren in Italy also enjoy a holiday for carnevale. In the northern regions of Piedmont and Veneto, for example, the break begins on the 26th and 28th of February respectively. Holidays vary by region – see a calendar with 2022 dates for each part of the country here.

The 2022 edition of the Sanremo Music Festival kicks off on Tuesday, February 1st. Love it or hate it, this is Italy’s answer to Eurovision and a major date in the nation’s cultural calendar. Here are ten facts about Sanremo to impress your Italian friends with. 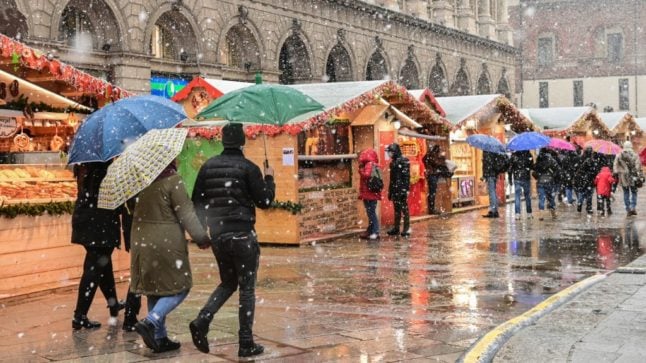 Ischia schools reopens – Primary schools will reopen in Ischia on Monday, just over a week after a deadly landslide that has so far claimed at least 11 lives led to evacuations and closures.

In a press conference on Saturday, Ischia commissioner Giovanni Legnini said that around one thousand of the island’s displaced residents were staying with friends and relatives, with over 400 more in hotels or independent accommodation.

High schools on the island are due to reopen on Wednesday.

Booking opens for Orient Express – Wealthy travellers looking for an Agatha Christie-style experience can book tickets for a ride on Italy’s new ‘La Dolce Vita’ Orient Express on Tuesday – a full two years before it sets off for the first time.

The train will reportedly have six different itineraries, from the Alps to the beaches of southern Italy, and incorporate 12 deluxe cabins, 18 suites, one La Dolce Vita suite, and a restaurant with 5-star service.

Passengers wanting to make an advance booking will need to pay a €500 deposit, with tickets starting at €2,000 per night. 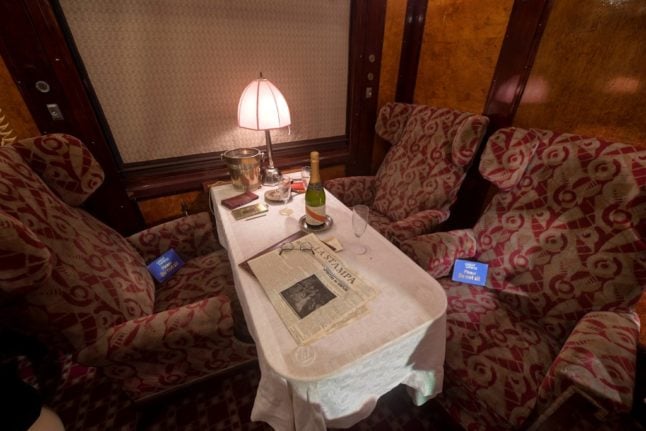 Italy will get its own Orient Express luxury train service – in two years’ time. Photo by Roslan RAHMAN / AFP.

Day off in Milan – December 7th is a public holiday in Milan as residents commemorate their beloved patron saint, St Ambrose.

The annual Festa di Sant’Ambrogio gives residents an opportunity to catch up with family and friends and unofficially marks the start of the festive season in the northern metropolis.

READ ALSO: Why do Milan residents get a day off on December 7th?

On the day, families get together to celebrate in the best way known to Italians: with a big lunch, featuring local delicacies including Milanese-style risotto, mondeghili (meatballs) and rostin negàa (veal cutlets).

And the city has no shortage of events and activities to enjoy after the feast.

National public holiday – Thursday, December 8th is a public holiday throughout Italy as residents celebrate the Feast of the Immaculate Conception, which commemorates the conception of the Virgin Mary.

Most Italian families celebrate with a big lunch, and may hold firework displays or light bonfires outside.

READ ALSO: Why is the Feast of the Immaculate Conception a holiday in Italy?

December 8th unofficially marks the beginning of the Christmas period, with most towns putting up their Christmas lights on the day and pretty much everything in the country – especially administration-related procedures – noticeably slowing down from this point on.

This means you might want to get any important paperwork done before December 8th, or else you may have to wait until January 6th, when the Italian holidays officially end.

Abruzzo truffle festival – The first edition of the Abruzzo International Truffle Fair is set to take place from 9th-11th December in the region’s capital, L’Aquila.

The festival will involve 42 stalls and more than 60 companies, and will incorporate truffle-based food trucks, entertainment, master classes and seminars.

The event will be held in L’Aquila’s in the park surrounding the city’s 16th century castle, close to the historic centre. 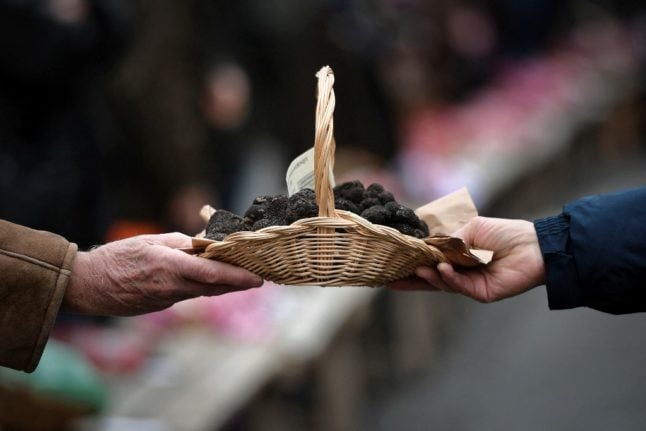 Modena food festival – The 11th edition of the ‘Zampone and Cotechino Modena’ Festival returns to Modena’s Piazza Roma from 9th-11th December, after two years of pandemic cancellations and restrictions.

Students from some of Italy’s leading catering schools will compete to make the most mouthwatering dish, turning the square into an open-air kitchen. This one’s not for vegetarians: zampone and cotechino are types of spiced, slow-cooked pork.

Massimo Bottura, the owner-chef of Modena’s three-Michelin-star restaurant Osteria Francescana, has reportedly picked the 10 best recipes submitted by participating student-chefs and will lead the jury judging the competition.

New features include an increase in the number of Frecciarossa Rome-Milan non-stop fast trains, double-decker carriages with a capacity of 900 passengers, and podcasts with guides to the passenger’s destination, the company announced.