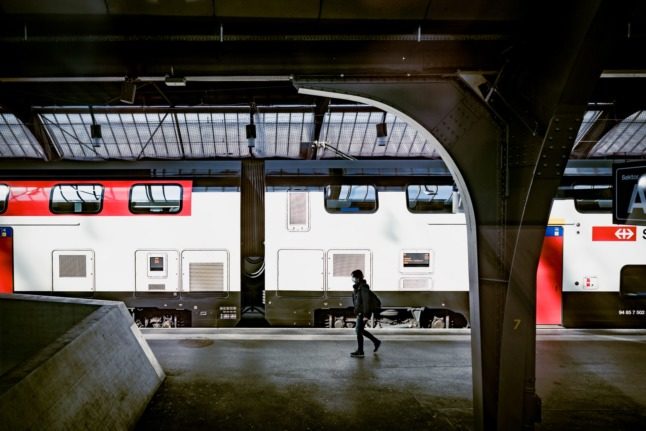 Make sure you have your ticket in hand before boarding a Swiss train. Photo by Aleks Marinkovic on Unsplash

As related by Le Matin newspaper on Friday, “an honest 72-year-old man”, identified only as Jean-Robert, was fined by Swiss Federal Railways (SBB) for buying his train ticket a minute and a half too late.

This is what happened: At 3.37 pm on January 11th, Jean-Robert took the train from Lenzburg to Hunzenschwil in the canton of Aargau. He wanted to buy his ticket online before getting on, “but my phone did not recognise me at first because of the mask and then my glasses fogged up”, he said.

He was finally able to complete the transaction when already on the train, with the ticket purchased one and a half minute after departure.

But, as it turned out, it was not a smooth ride after all: after having his ticket checked, Jean-Robert was slapped with a 90-franc fine for not paying the fare before getting on the train.

The situation is all the more ironic as Jean-Robert has been a loyal SBB customer and season ticket holder for 57 years.

Questioned by the newspaper about this incident, SBB spokesperson Frédéric Revaz said there is no question of rescinding this decision.

“It is of course a disappointment for us to have to fine such a loyal customer, but the regulations must be applied”, he said.

“The purchase of ticket must be fully completed before the train departs”, Revaz added. “The regulations are clear on this subject and for a good reason. In trains with sporadic checks, customers must have their ticket before departure.”

As for Jean-Robert, he dutifully sent a 100-franc banknote to the SBB, accompanied by a letter telling the company they could keep the change “to improve the maintenance budget for your rolling stock”.

He also added that being considered a “fare dodger” at his age “amuses me, but only moderately “.