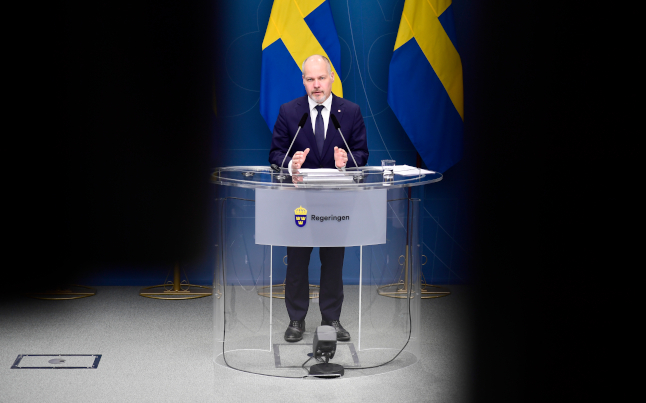 Presenting a law proposal allowing for so called “crown witnesses”, Justice Minister Morgan Johansson said this was intended to “break the culture of silence” associated with gang-related crime.

The system means that criminals can see their sentences reduced by helping in the investigation of others, so “that is pays off to collaborate with police”, Johansson told a press conference.

Currently, criminals can get reduced sentences by aiding in their own investigation but not by helping to catch others.

“Those who go after plaintiffs and witnesses are not just going after them but also the justice system as a whole,” Johansson said, adding that those types of attacks need to be treated “severely”.

Sweden has in recent years struggled to rein in rising shootings and bombings – usually settlings of scores by gangs and organised crime involved in drug trafficking.

In 2021, 346 shootings were recorded with 46 people dying as a result, according to police statistics in the country of 10.3 million inhabitants.

In October the killing of award-winning Swedish rapper Einar, whose music often referenced the criminal scene, sparked international headlines as the 19-year-old artist was shot several times outside an apartment building in Stockholm.

Friday’s proposal, which needs to be approved by Sweden’s parliament, was inspired by similar systems in neighbouring Norway and Denmark and is part of a 34-point programme announced by the government in 2019.

Johansson promised that more legal changes targeting gang crime would be presented throughout the year and leading up to the September elections.