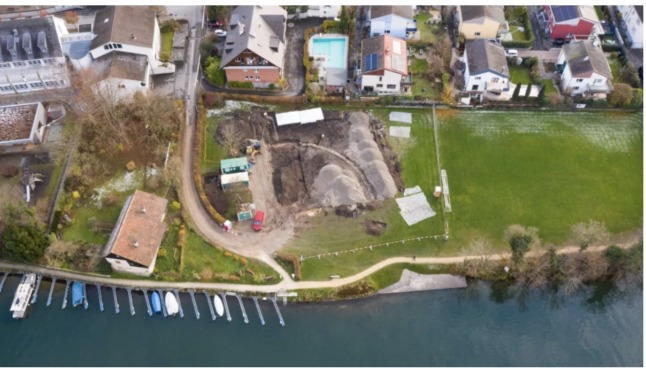 Switzerland to revise social assistance and integration requirements for non-Europeans

Third-country nationals are significantly more at risk of becoming dependent on social assistance than the Swiss or citizens of EU or EFTA states, the government said.

To counter this trend, the Federal Council is planning to introduce a series of measures to increase employment in this target group and to contain the increase in social assistance spending by cantons and municipalities.

At the same time, federal authorities also want to include an additional integration criterion in the Federal Law on Foreigners, focusing not only on the primary job / residence seeker, but his entire family as well.

Tenants could see their rents increase

Cantons are considering introducing an obligation to install solar panels when renovating roofs or facades of buildings. As a result, apartments and houses could become more expensive to rent.

The federal government already ruled that by year 2050, most of Switzerland’s energy should be solar, which means installations capable of producing 1,000 megawatts of power should be put into place by the deadline. To speed up the process, Swissolar, the  association of solar energy professionals, is seeking a mandate to oblige owners to install solar panels on all roof and facade surfaces during renovations. Opponents of the certificate obligation can be found on both sides of the political spectrum, ranging from supporters of the right-wing Swiss People’s Party (SVP) to environmentalists, according to a new study by the Swiss Centre of Competence in Social Sciences (FORS).

FORS researchers also made the link between sympathisers of the European Union and defenders of the Covid certificate.

“We know that questions of European policy and immigration have a very strong impact on Swiss politics and on voting preferences”, study-co-author Line Rennwald said in an interview  with RTS public broadcaster.

“We see that there is a fairly clear correlation between the support for further European integration of Switzerland and support for the Covid certificate”.

Ruins of a Roman-era amphitheater unearthed in Switzerland

Archaeologists working in Kaiseraugst, canton Aargau, have uncovered the remains of what is believed to be the last gladiator arena built before the Roman Empire collapsed in 476 AD.

The oval-shaped amphitheater was constructed of stone blocks and mortar in an abandoned quarry that had been in use until late antiquity, according to Jakob Baerlocher, head of excavations at the site.

Spectators gathered there to watch and cheer on bloody gladiator flights and animal hunts.

Kaiseraugust, named after the ancient Roman city of Augusta Raurica, is the most important Roman excavation site in Switzerland.