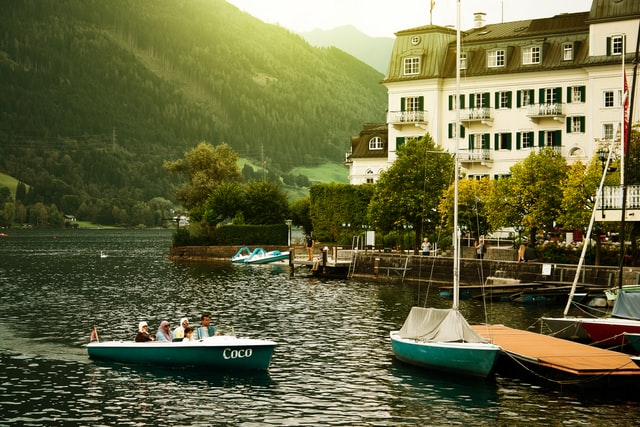 In 2021 Austria welcomed the lowest number of tourists for 50 years. Photo: Daniel Frank/Unsplash

An end to the lockdown for the unvaccinated

In case you missed it, yesterday’s big news was the government announcement that the lockdown for people without proof of 2G — which has been in place since mid-November — will end on Monday.

That doesn’t mean a lot of change in practice: people without 2G will be able to leave their homes for any reason, but will still be unable to enter places with 2G entry requirements, currently most public places.

Changes to rules over booster doses

Starting from February 1st, it will be possible to get a booster dose from three months (90 days) after the second dose, the government also announced yesterday.

However, the National Vaccination Committee still recommends getting the booster between four and six months after the second.

Some people who received their booster dose before the four-month limit were unable to receive official proof of this, with their vaccine certificates showing they had received only ‘2/2’ doses instead of ‘3/3’. After the change, these people should be able to get their valid vaccine proof.

For the first time, Austria reported more than 30,000 new Covid-19 infections in 24 hours, with the Health and Interior Ministries reporting a total of 34,011 cases on Wednesday.

That’s up from 27,677 last Wednesday. Wednesdays are typically the weekday with the most recorded cases, partly because the weekly PCR tests taken in schools are often included in these results.

Lower Austria’s regional government has decided to limit voting rights in provincial and municipal elections to people whose main residence (Hauptwohnsitz in German) is in the region.

One of the reasons for the change is that in March Vienna will introduce a parking permit system across the whole of the city, under which only people with their Hauptwohnsitz in Vienna can reserve a parking space. Because the two regions are neighbours and a lot of people commute between the two or have residences in both, Lower Austria anticipates people changing their registered residence as a result of the new parking rule.

How Austria’s tourism sector was hit by the pandemic

A total of 80 million overnight stays took place in Austria in 2021 — for context, you’d have to go back to 1970 to find an equally low level.

The data comes from Statistics Austria and shows a decline of just under 20 percent compared to the first year of the pandemic, 2020. The numbers fell among both foreign and domestic guests but, due to a combination of travel restrictions and Austria’s pandemic restrictions, the decline was greater among tourists from overseas. Hotels were entirely closed under Austria’s lockdowns between January and May and again in November.

Burgenland and Vienna recorded more overnight stays in 2021 than in 2020, but in the rest of the regions there were significant declines, with Salzburg and Tyrol the most affected, each seeing declines of around 30 percent year on year.

Stores closed, and warm weather for the bank holiday in Austria

Austria commemorates Christi Himmelfahrt, or Ascension Day, this Thursday, 26th. The holiday means most stores and supermarkets will be closed. However, restaurants, bars, and establishments inside train or gas stations remain open.

READ ALSO: Warm weather and bad traffic: What to expect in Austria this Ascension Day

Austrians will enjoy warm weather and sun for the extended holiday, though traffic can be expected in and out of major cities, as The Local reported.

95 arrested after an environmental protest in Vienna

The police made 95 provisional arrests as officers cleared the site of a protest in the north of Vienna, the police said. Several climate activists had occupied the construction site for a planned street, Stadtstrasse, which has been the focus of criticism by environmental groups.

According to the Viennese authorities, about 100 activists occupied construction containers and blocked equipment. The area was cleared by early afternoon, but more protests are planned for the coming days.

Europe’s largest free open-air concert will take place again in full and without restrictions after the pandemic years, and the line-up has been announced, highlighted broadcaster ORF.

READ ALSO: Here are over 20 things you can do in Vienna for free

Vienna unveiled a Monument to the Men and Women Who Were Victims of Homosexual Persecution in the Nazi Period in Resselpark.

“It is important and necessary that a monument manifests the memory of the homosexual victims of National Socialism in public space and calls on us to decisively oppose any form of homophobia and discrimination”, said Vienna’s City Councilor for Culture, Veronica Kaup-Hasler.

Series of robberies in Vorarlberg

The police in Vorarlberg have announced a €1,500 reward for anyone who can give them information on a series of robberies in gas stations in Austria’s Western state.

READ ALSO: EXPLAINED: What rules does Austria have on gun ownership?

The authorities say the crimes have been happening since March by an armed man. There have been no injuries, but he has allegedly robbed at least four gas stations so far.

Eleven people were convicted of a large-scale beer theft at the Puntigam brewery, Die Presse reported.

The men had declared unspoiled beer as “broken goods” from 2009 to 2017, taken it with them, and resold some of the product. They were sentenced to partial prison sentences of 15 to 24 months as well as fines for commercial theft and embezzlement. Four men were acquitted.