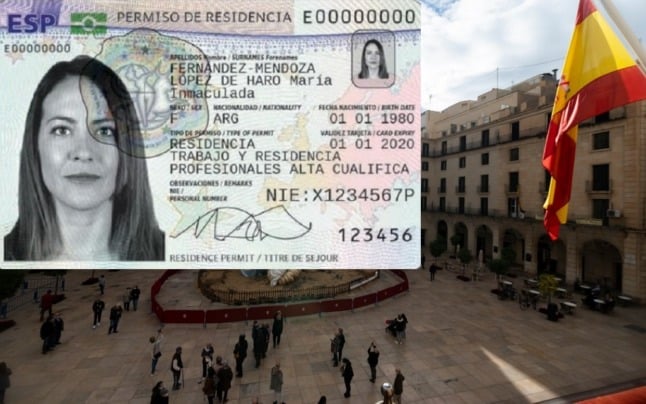 A year and a half since Spanish authorities started to issue non-EU TIE residency cards to Britons residing in Spain, 180,000 UK nationals have applied and received this document.

That’s according to a report published on January 24th by the Specialised Committee on Citizens’ Rights, established under the Withdrawal Agreement between the UK and the European Union (EU).

According to their data, the 180,000 figure means that less than half of Spain’s British resident population have the new biometric card, as they estimate there could be as many as 430,000 UK nationals residing in Spain.

Last summer, the UK Embassy in Madrid reported  how “at the beginning of June (2021) more than 150,000 UK Nationals had applied for their Withdrawal Agreement TIE”, which represented a jump of around 100,000 new cards over the previous five months.

The rate of Britons applying for this new residency document has slowed down over the past half a year, with only 30,000 new TIE cards issued from June to December 2021.

TIE in a nutshell

The TIE (Tarjeta de Identidad de Extranjero) is a credit card-sized biometric ID card for foreign residents in Spain from outside of the EU, which can either be valid for five years (temporal) or ten (permanente) depending on the length of residence in Spain.

Spain issues two different types of TIEs to British applicants, which look practically the same except for some different wording.

One is for Brits who were residents before Brexit came into force in 2021 and are therefore protected under the Withdrawal Agreement, and another for Britons who have successfully applied for residency post-Brexit, which is harder overall as it’s dependent on financial resources, work or other requirements.

READ ALSO: How much money do Britons need to move to Spain after Brexit?

As things stand, it’s not compulsory for British residents who have the old green residency certificate to exchange it for a TIE card, although UK and Spanish authorities strongly encourage Britons to do so as it will help with border crossings and other official matters.

Firstly, there’s the estimated number of British residents in Spain – 430,000 – which is higher than the last estimate by Spain’s Ministry of Inclusion in July 2021, as they put the total at 400,000.

However, this is probably explained by the fact that the 430,000 estimate also includes other third-country nationals residing in Spain with their British family members, as they are also affected by Brexit and have to consolidate their residency status in Spain.

Less than half of Brits in Spain – 180,000 out of 400,000 – have a TIE, and the majority of the remaining 220,000 that don’t have it are likely long-term residents with the green residency certificates who don’t want to exchange their old paper ID for the new biometric card (we assume this as since July 6th 2020, all new British residents in Spain get a TIE).

It’s not compulsory for these pre-Brexit residents to exchange, and even though the TIE card is a more durable, versatile and modern photo ID, many appear to remain unconvinced about getting it.

One of the reasons mentioned by Britons on forums is that most of the old green certificates don’t have an expiry date and therefore don’t have to be renewed, whereas TIEs do have to be updated.

And finally, there’s a difference of 7,200 between the number of TIE applications received and those concluded, as published by the UK’s Specialised Committee on Citizens’ Rights. This doesn’t necessarily mean that 7,200 TIE applications have been rejected as the figure can also include applications that were withdrawn, incomplete or void in other ways.

In October 2021, the total number of refused TIE applications from Britons was 2,400.

The UK’s Specialised Committee on Citizens’ Rights monitors the implementation and application of citizens’ rights, protecting UK nationals in the EU and EU citizens in the UK, including their family members. Their latest figures were published by the European Commission.

EUROPEAN UNION
IN NUMBERS: How many non-EU citizens live in European Union countries?