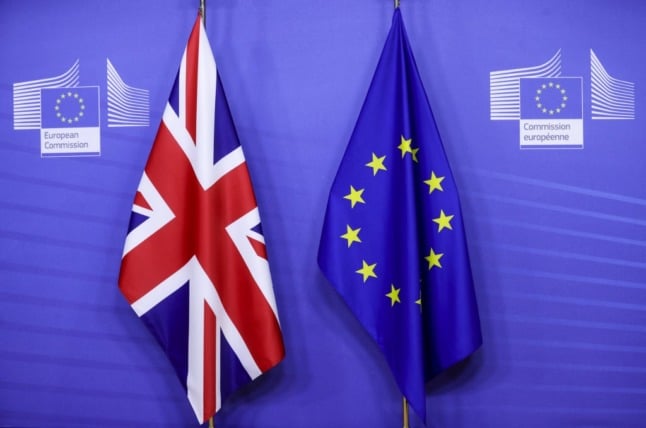 The Brexit Withdrawal Agreement guaranteed that Brits already legally resident in France before the end of the Brexit transition period (December 31st 2020) could stay here.

There was, however, an important caveat – those who were resident had to apply for a new post-Brexit residency card in order to regularise their status.

Brexit Withdrawal Agreement – what is it and does it cover me?

This applied to everyone – even people who had previously held a European carte de séjour residency card, people who have been here a long time, and those married to French nationals.

Those who previously had residency rights through a British family member (eg an American on a spouse visa connected to their British spouse) must also apply for the new card.

There were only a very few exceptions;

But if you’re reading this article with mounting horror and realising that you missed the deadline, what should you do?

It depends on your circumstances;

The online portal set up to deal with post-Brexit residency applications is now closed, but there are two groups who can apply directly to their local préfectures.

Under 18s – a residency card is only required for over 18s. But British children who were living in France before December 31st 2020 are entitled to apply for the post-Brexit residency card as soon as they turn 18.

The application is done directly to their local préfecture and requires only ID documents and proof that they were in France before December 31st 2020, such as a school enrollment card.

Family members – Brits who were living in France before December 31st 2020 have the right to be joined later by close family members, including spouses or partners.

This application is done directly at the local préfecture and requires proof that the relationship began before December 31st 2020 – this needs to be legal proof so we’re talking things like marriage certificates, rather than holiday snaps. You also need proof that the partner/family member is covered by the Withdrawal Agreement and has their post-Brexit residency paperwork.

You can find more detail HERE on paperwork requirements.

If you don’t fall into one of the above categories, you were living in France before December 31st 2020 and you don’t have the new post-Bexit carte de séjour residency card then the likelihood is that you are now an undocumented migrant and could be committing an immigration offence.

If you have applied for your status but don’t have the card, then you need to contact your local préfecture as a matter of urgency. If you have proof that your application was made before the deadline then you won’t be in any legal trouble, but you do need to chase up your application and get the card as soon as possible.

The great majority of the roughly 200,000 applications received have now been processed, but there have been some administrative glitches where people’s applications have been lost or – in the case of people who applied on the no-deal portal that was briefly live in October 2019 – not correctly transferred onto the new system.

The proof of application refers only to those who made the application on the special website that went fully live in 2020. All Brits were required to apply on this, and applications made directly to préfectures pre 2020 are not valid.

It was a legal requirement to have made your application before the deadline date of September 30th 2021.

However, the political rhetoric coming from the French government has – so far – been quite sympathetic to Brits caught up in Brexit upheavals.

But if you are in breach of the requirements then the onus is on you to sort this out, and the sooner you do this the more sympathetic reception you are likely to receive.

The first step is to approach your local préfecture – take all relevant paperwork including proof of residency in France before December 31st 2021 and be ready to explain, with supporting documentation if you have it, why you did not apply in time.

The French government states only “you were unable to make your request for legitimate reasons (for example, reasons related to your state of health, force majeure etc”.

Force majeure is also the phrase used in the Withdrawal Agreement, and the key is that it’s a major event that made it impossible for you to apply in time.

If you are worried that your French is not up to complicated conversations with the préfecture, there are a number of organisations who can help you – see here.

You can find more details of the new requirements in our Dealing with Brexit section.

The EU’s new EES system comes into effect in 2023 and many people – including the boss of the Port of Dover and the former UK ambassador to France – have raised concerns that the extra checks will lead to travel chaos on the UK-France border, and see a repeat of the long queues experienced last summer.

Port of Dover CEO Doug Bannister told The Local that he feared “tailbacks out of the port and throughout Kent” because the new system could take up to 10 minutes to process a car with four passengers, as opposed to 90 seconds currently.

But French border control have insisted that they will be ready, replying to questions from the European Commission with “Oui, La France sera prête” (yes, France will be ready).

French officials said they had already undertaken extension preparation and would begin test runs of the new system in French border posts at the end of this year.

A document shared recently by the secretariat of the EU Council (the EU institution representing member states) and published by Statewatch, a non-profit organisation that monitors civil liberties, shows how countries are preparing.

“France has prepared very actively and will be on schedule for an EES implementation in compliance with the EU regulation,” French authorities say.

“The French authorities have carried out numerous studies and analyses, in cooperation with infrastructure managers, to map passenger flows at each border crossing post… and evaluate the EES impact on waiting times,” the document says.

However, despite the preparation, the French admit that long waits at the border remain a worry, adding: “the prospect of the impact of EES on waiting times at the borders worries infrastructure managers. The fact remains that fluidity remains a concern, and that exchanges are continuing with each border post manager to make progress on this point.”

The EES system is due to come into effect in May 2023 and will be applied at all EU external borders – find full details on how it works HERE.

However there has been particular concern about the France-UK border due to three things; the high volume of traffic (in total over 60 million passengers cross the border each year); the fact that many travel by car on ferries and the Eurotunnel (while the EES system seems more designed with foot passengers in mind); and the Le Touquet agreement which means that French border control agents work in the British ports of Dover and Folkestone and at London St Pancras station.

EES is essentially a more thorough passport checking process with passengers required to provide biometric information including fingerprints and facial scans – border checks will therefore take longer per passenger, and this could have a big effect at busy crossing points like Dover.

The UK’s former ambassador to France, Lord Ricketts, told The Local: “I think the EES, in particular, will be massively disruptive at the Channel ports.”

The EU consultation documents also revealed more details of how EES will work on a practical level for car passengers – those travelling by ferry or Eurotunnel to France – with border agents set to use computer tablets to gather biometric information like fingerprints so that passengers don’t have to get out of their cars.

Doug Bannister added that Dover agents were “awaiting an invitation” to France to see how the new systems will work.