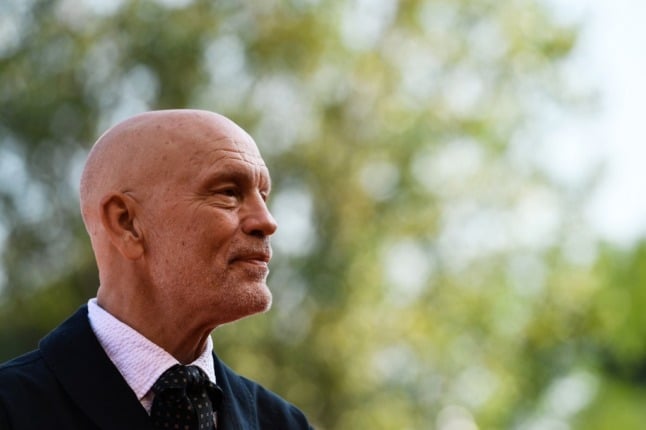 A Venice hotel reportedly turned US actor John Malkovich away due to Italy's rules on proof of vaccination. Photo by Alberto PIZZOLI / AFP

Local newspaper Il Gazzettino reported that the theatre and film actor, star of “Dangerous Liaisons” and “Being John Malkovich”, was in Venice for two days of filming for US television series “Ripley”.

Because his vaccination card had expired, Malkovich was denied entry to his luxury suite at the Hotel Danieli overlooking the Grand Canal, the paper wrote.

After failing to produce valid proof of vaccination in order to enter the hotel, Malkovich was instead housed in private lodgings, reads the newspaper report.

Italy’s vaccine pass, also known as the ‘reinforced’ or ‘super green pass’ – or an equivalent document – is now required to access most venues and services in the country.

READ ALSO: At a glance: What Covid-19 rules are now in place in Italy?

Under Italian law, only those who show proof of full vaccination or recovery from Covid can access public spaces like hotels, restaurants, bars and other venues, as well as public transport. The requirement to show the Covid health pass to access most of Italian public life applies equally to travellers visiting from abroad who don’t have the Italian health certificate.

But in its place, Italy’s government has recognised proof of vaccination with all European Medicines Agency (EMA)-approved Covid vaccines and three additional vaccines as equivalent to Italy’s reinforced green pass since September 23rd.

It doesn’t matter where the vaccine was administered, as long as the person visiting Italy has been immunised by one of the vaccines on the approved list.

Proof of vaccination is currently recognised as valid in Italy for nine months since the date of the last dose – whether that is a second or third shot.

From February 1st, this period will be cut to six months after the last vaccination dose.

While Italian authorities have not explicitly stated that foreign vaccination certificates are valid for the same period in Italy, this appears very likely to be the case, as all similar rules apply equally to anyone in the country. The Local is seeking confirmation.

The Italian government has made many changes to the use of its green pass in recent weeks in a bid to slow down soaring infections in the country, fuelled by the Omicron variant.

After recently issuing several new decrees, the authorities are drawing up another this week which will extend the Covid-19 health pass again to become a requirement for entry to most shops, as well as the places already covered by the rules.

This means the mask mandate will still apply to all air passengers travelling to or from Italy, despite the end of an EU-wide requirement to wear masks on flights and at airports across the bloc from Monday.

READ ALSO: Reader question: What type of mask will I need for travel to Italy?

“Wearing face masks at airports and inflight should be aligned with national measures on wearing masks in public transport and transport hubs,” they said in a joint statement published on May 11th.

READ ALSO: Why are so many Italians still wearing face masks in shops?

“If either the departure or destination States require the wearing of face masks on public transport, aircraft operators should require passengers and crew to comply with those requirements inflight, beyond 16 May 2022.

The Spanish government also said on Thursday that air passengers would have to continue wearing face masks on planes.

Italy’s current rules specify that higher-grade FFP2 masks should be worn on all forms of public transport, including buses, trams, regional and high-speed trains, ferries, and planes.

Though rules were eased in some settings from May 1st, masks also remain a requirement until June 15th at Italy’s cinemas and theatres, hospitals and care homes, indoor sporting event and concert venues, schools and universities.