A peak in solar winds clashing with the Earth’s atmosphere meant that a dazzling Aurora Borealis was visible in pretty much all of Sweden in mid-January – from northern Norrland to the far south of Skåne, where catching a glimpse of the spectacular show is rare.

Even in Stockholm, the capital’s light pollution did little to dim their display, or the excitement of Stockholmers.

But if you were one of the unlucky ones who slept through it all, only to wake up to your friends’ pictures on social media the following morning, when will you get another chance to see the Northern Lights in Sweden?

It depends on where you live. If you’re based in northern Sweden, you probably only have to be patient and you’ll get there eventually. The further north you get, the better your chances, as the Northern Lights only appear around the Earth’s magnetic poles.

But that doesn’t mean the Northern Lights are a safe bet on any given day in northern Sweden; it all depends on solar activity and cloud cover. If the sky is overcast, you’re likely to be disappointed.

In Stockholm and further south, the Northern Lights are relatively rare, but not unheard of.

There are a few ways you can stay up to date with potential sightings, although the Northern Lights are complex, so they are hard to predict.

Keep an eye on websites such as the University of Alaska’s Aurora Forecast, which for obvious reasons doesn’t focus on Sweden but can still give you a good idea. The Space Weather Prediction Center and SpaceWeather Live are another two reliable websites.

To interpret these, you need to learn a little bit about the Northern Lights. That doesn’t mean you have to become an expert (and our article is aimed at beginners), but it’s useful to know that the key metric to keep an eye out for is something called the “KP Index”, a scale from 0-9.

The KP Index measures geomagnetic activity in the atmosphere; the higher the number, the stronger the geomagnetic activity. You can based on this divide the northern parts of the Earth into zones, where Kiruna in the far north is in KP3 and Stockholm is in KP6. So if, say, a KP3 number is predicted, only northern Sweden is likely to see the Northern Lights.

If you’d rather not have to think too much about when and where to see the Northern Lights – “I just want someone to tell me when they’re on!” – we recommend the Facebook group Norrsken Sverige, which regularly posts daily forecasts during peak season, which tell you exactly when and where the Northern Lights are expected. Followers also post their reports and pictures of the lights as they happen.

You can also download an app. My Aurora Forecast is popular and there are free versions for both iPhone and Android. You can either choose what location you want to track, or tell it to automatically change its settings based on where you are. The app will send you notifications when there’s a high chance of seeing the Northern Lights, but it also gives you a long-term forecast of the KP index. It also gives you percentages for how likely you are to see the Northern Lights in your area, now and in the next 30 minutes.

To make sure the sky is clear, check the weather report on Swedish meteorological institute SMHI’s website. 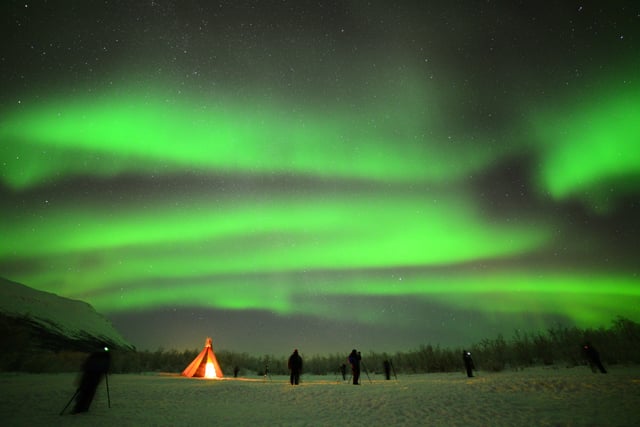 NORTHERN LIGHTS
KEY TIPS: How to take the best pictures of the Northern Lights 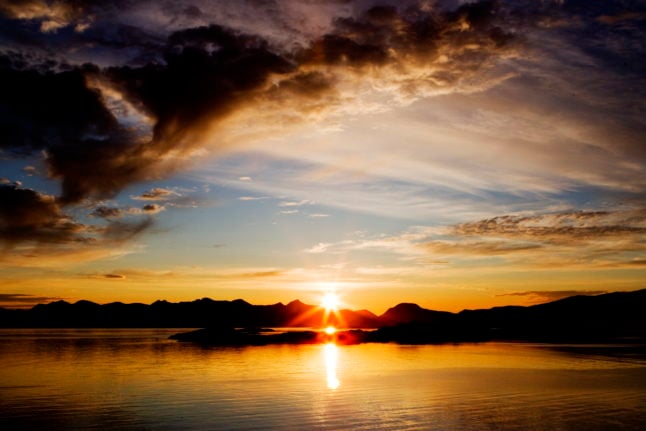 At 38 minutes after midnight on Monday, the sun rose in Karesuando, Sweden’s most northerly settlement, and will not now set until mid-July.

The midnight sun first arrived at the Swedish border on Saturday, and will now move slowly south towards the Arctic Circle until the summer solstice on June 21st, with the ski resort of Riksgränsen getting it on May 25th, and Kiruna, Sweden’s most northerly city on May 28th.

Even if you do not live in an area that gets the midnight sun in Sweden, the days are still growing longer. Down in Stockholm, the sun is currently up for almost three-quarters of the day (more than 17 hours), and the same is true in Gothenburg, with Malmö getting more than 16 hours of sunlight each day.

The summer solstice, when the day is at its longest and the night at its shortest, is on June 21st.

Do you live in northern Sweden? Please send your photos of the midnight sun to [email protected], with ‘Midnight sun’ as the subject line.

NORTHERN LIGHTS
KEY TIPS: How to take the best pictures of the Northern Lights