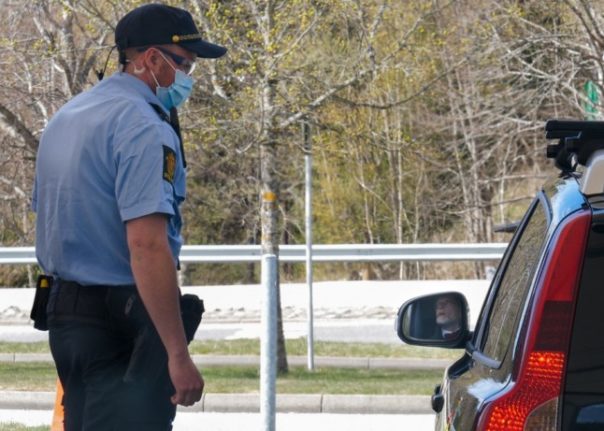 Sweden has decided to relax its testing rules for travellers from Norway and the EEA. Pictured is a police office at the border with Sweden. Photo by Petter Bernsten/AFP

The Swedish government made the announcement following a request from the Public Health Agency, with the new border rules set to come into force on Friday, January 21st.

Since December 28th, foreign citizens (with some exceptions, such as residents of Sweden or people travelling for urgent family reasons) have had to show a negative test to be allowed into the country, regardless of country of departure or vaccination status.

These rules were introduced after the Omicron variant of the coronavirus started to spread in other European countries, but the variant now dominates in Sweden too. Sweden has been seeing a rapid increase in the number of new Covid cases in recent weeks.

“Travellers are no longer considered to pose a special risk of affecting the spread of Omicron in Sweden. The special requirement for a negative test for ongoing Covid-19 infection performed no more than 48 hours before arrival in Sweden is therefore no longer considered to be a proportionate measure, according to a request from the Swedish Public Health Agency,” read a government statement on Tuesday.

The entry rules that applied prior to December 28th will now be brought back.

This means that adult foreign citizens (again with certain exceptions) travelling to Sweden from EU/EEA countries, including the Nordics, will have to show either the EU’s Digital Covid Certificate or a valid equivalent which shows that the person is either fully vaccinated with a first and second dose, tested negative no more than 72 hours before arrival, or recovered from confirmed infection in the past six months.

Foreign citizens travelling to Sweden from outside the EU/EEA must be covered by an exemption from the overall entry ban (for example if they live in an “exempt” country), and show a negative Covid test no older than 72 hours unless they are also exempt from the test requirement.

Several categories of travellers are exempt both from the entry ban and from presenting a negative test on the border, for example under-18s, people who live in Sweden, people travelling for urgent family reasons, or travellers with vaccination certificates issued in so-called “approved” countries. A full list of countries whose vaccination certificates Sweden accepts for entry can be found here. 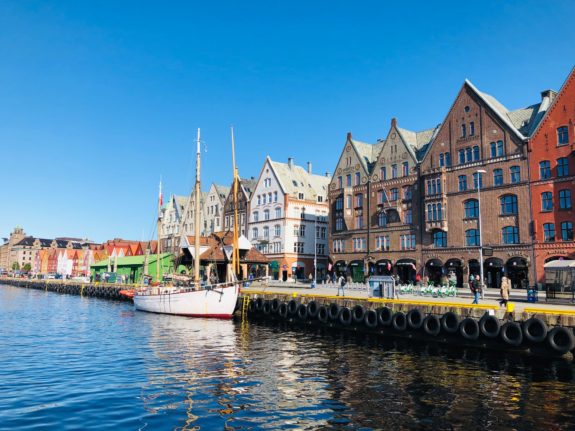 For the first time since the pandemic, Loganair’s routes between Edinburgh and Stavanger and Bergen resumed service recently.

The airline operates three flights a week to the two destinations on Norway’s west coast. Fights to Stavanger take off every Tuesday, Thursday and Sunday. Trips to Bergen depart on Wednesdays, Saturdays and Sundays.

“Welcoming back more routes between Edinburgh and Norway allows us to enhance connectivity for leisure and business passengers from both countries. For us, it’s about offering passengers choice, and we’re excited to work with Loganair on helping people experience all Bergen and Stavanger have to offer,” Kate Sherry, Aviation Director at Edinburgh Airport, said in a press release.

Tickets for the two destinations start from just shy of £100, which includes 15kg of luggage.

Flights between Aberdeen to Oslo Gardermoen will also commence in September to increase the number of routes available for travellers between Scotland and Norway.

The recently resumed routes are among a growing number of options for flyers between Scotland and Norway. In April, budget airline Flyr launched a route between Oslo and Edinburgh.