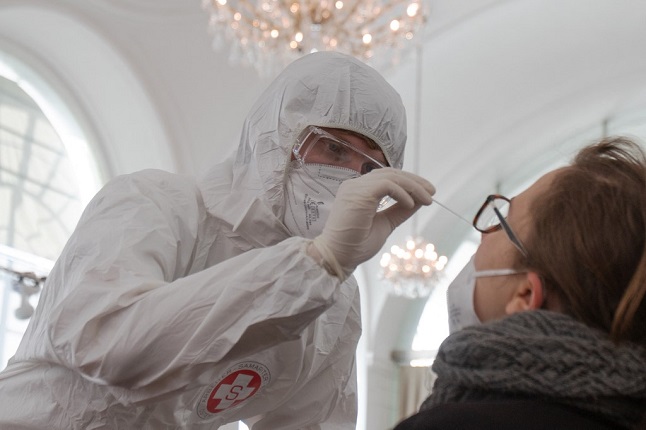 Unlimited free Covid-19 tests are coming to an end in Austria. Photo by ALEX HALADA / AFP.

Austria to review its testing system

Thomas Starlinger, member of the Covid Crisis Coordination (GECKO), has recommended focusing testing on the most critical areas of society (such as healthcare, social care and schools) in areas where the PCR testing system is under strain. Antigen tests should be used as the first alternative where there are no longer enough tests for everyone. Starlinger explained the change in the TV show ZiB Nacht.

Omicron’s higher rate of transmission means the country is reaching an all-time high in new cases, putting the systems under heavy demand.

An NGO that campaigns for data protection has found a security hole in the nationwide Österreich testet (Austria is testing) platform run by the Ministry of Health. A pharmacy is said to have had access to the data of potentially hundreds of thousands of people across Austria.

The security gap was discovered by a web developer commissioned by the said pharmacy, who immediately documented it and contacted the Ministry of Health, Die Presse reports, but this was initially ignored.

This was a one-off payment in addition to standard unemployment benefits, and the third bonus of its kind since the start of the pandemic, following supplements of up to €450 in September and December 2020.

The Ministry of Labour said another set of payments would be made in early February to reach all those who were entitled to the funds, some of whom for example may have not had all the documentation before the first deadline.

People in Austria are eligible if they either received unemployment benefit or unemployment assistance (Arbeitslosengeld or Notstandshilfe) for at least 30 days in November and December 2021, or if they received 32 days of sickness benefit (Krankengeld) having previously been unemployed.

There are signs that an electricity price brake may come into effect later in the year in Austria, meaning a certain quota of electricity would be made available for each household at a certain price. The Austrian  Finance Minister Brunner (ÖVP) has said that the ÖVP-Green government is currently in the process of working on this electricity price brake.  He expects a corresponding law to be passed in September and that it will come into force in October, according to broadcaster ORF .

Last week, Vienna’s finance minister Peter Hanke told the Standard newspaper that people should set their heating to 19 degrees and suggested the capital’s museums might be set to a lower temperature to reduce energy costs.

Households that have not yet redeemed their voucher or have to apply for a new one, for example because the voucher was lost or did not arrive, have more time to do so. New vouchers can now be requested from the energy cost compensation hotline on 050 233 798 until the end of October.

READ MORE: How to claim your €150 energy discount in Austria

The right wing FPÖ party leader Herbert Kickl appealed to Cardinal Christoph Schönborn at the weekend to suspend the payments of Catholic church contributions in Austria for an indefinite period in view of the  current extreme wave of inflation. The Archdiocese of Vienna replied that It has been “practice in the Catholic Church for years”, to take into account the individual situation of its contributors.

“Of course, nothing will change in the current crisis or in the future,” stated the press office of the Archdiocese of Vienna, according to Kathpress.

Kickl had previously said that Schönborn, as head of the church, should know “how poverty and existential fears can affect people – and for many of them every cent that they have or don’t have at their disposal counts”, broadcaster ORF reports, adding it was very difficult to get an exemption from contributions.

READ MORE: What is Austria’s church tax and how do I avoid paying it?

The FPÖ party has had what the Standard newspaper described as “a horror week” after advertisements briefing against top officials in FPÖ Vienna was found on the phone of  former FPÖ MP Hans-Jörg Jenewein. Vienna FPÖ boss Dominik Nepp said the report was “completely irrelevant”, while noting that the matter would be “clarified internally”. The Vienna FPÖ head also criticised the media, which he said had exaggerated the issue, arguing that an attempt was being made to provoke a dispute within the party, broadcaster ORF reports.