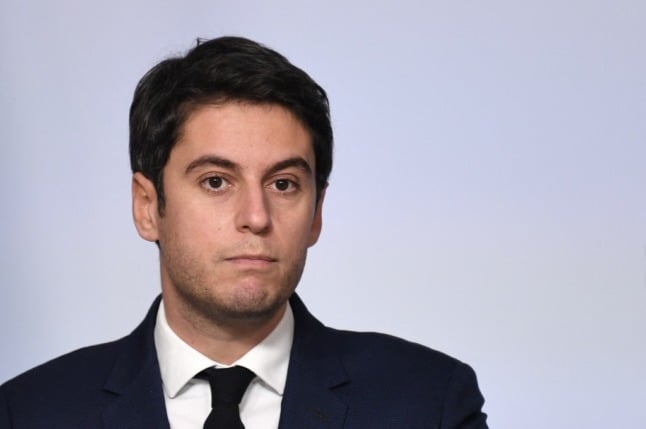 “The epidemic is today stronger than ever,” government spokesman Gabriel Attal told journalists at his weekly press conference. “Never has the virus circulated so much and been so present. There are now nearly 300,000 cases on average per day, or 2 million a week.”

He cited figures showing the average rate of incidence across the country is now 2,800 per 100,000 people – but said: “Some départements are more affected than others – Paris, Seine-Saint-Denis, Val-de-Marne, Essonne have an incidence rate of more than 4,000.”

But, he went on: “In this ocean of cases, there are some bright spots: Omicron is less severe … the pressure on hospitals is growing, but it is not commensurate with the number of cases being detected.

“We must be careful not to call ‘peak’ too early, but we have real grounds for hope.”

And, a day ahead of a teachers’ strike over Covid rules in schools, he said that the decision to keep schools open as long as possible was the correct one.

“Despite the dizzying numbers of infections, we do not deviate from our course. The goal is to live as normally as possible despite the virus and we are holding this course to keep the country open.”

He admitted that some decisions had been poor in relation to testing to keep France’s schools open, saying: “Some information arrived late, it is true and we understand the fatigue of parents and teachers.”

But he insisted: “When we close classes, we impact children’s health. These are inequalities that are growing between children, thousands of children deprived of a canteen meal.

“Today, only two percent of schools are closed (…) and we prefer to test rather than close them,” he said, noting that “12 million tests are carried out every week”.