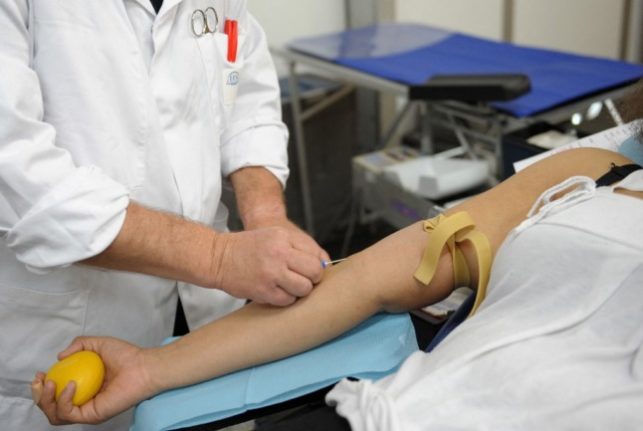 References to sexual orientation will be removed from blood donation questionnaires, putting what Health Minister Olivier Véran said on Twitter was, “an end to an inequality that was no longer justified”.

From March 16th, in line with bioethics laws and the “political will” of the Minister of Health, a decree signed on Tuesday will make blood donation accessible to all on the basis of the same criteria.

A ban on gay men giving blood in France, that had been in place since 1983 over fears of the spread of AIDS, was officially lifted in July 2016. But potential donors were still required to adhere to a period of sexual abstinence before being allowed to donate.

That period – which, from March, will be removed – was originally set at one year before being cut to four months in 2019.

The decision was welcomed by the L’Interassociative lesbienne, gaie, bi et trans (Inter LGBT). “Imposing a four-month period of abstinence on homosexuals wishing to donate blood is totally absurd and has always been seen as a form of discrimination, especially when we know that donations are in short supply,” spokesman Matthieu Gatipon-Bachette told Le Parisien.

“There must obviously be a health safety framework to respect, but it must not be based on the sexual orientation of the donor,” he added.

France’s Director générale de la Santé, Jérôme Salomon, agrees. “The extreme vigilance of the health authorities allows for a change in the conditions of access to blood donation,” he said.

The risk of transmission of HIV, the virus that causes AIDS, by transfusion “has been falling steadily for decades”, he said.

Potential donors will have to declare if they are undergoing treatments related to HIV prevention, and will also still be asked questions relating to recent sexual activity or drug use, but questionnaires and pre-donating interviews will no longer include questions on sexual orientation.

“These are questions donors are already used to,” Professor Salomon said.

Most people living in France are able to give blood, but anyone who lived in Britain for more than a year during the bovine spongiform encephalopathy (BSE) crisis between 1980 and 1996 is still banned. The illness, which affects cows, can spread to humans in the form of Creutzfeldt-Jakob Disease.

READ ALSO Can Brits give blood in France?

While French cities such as Paris are notoriously expensive, there are many areas outside the cities where it is still possible to buy spacious homes for less than €100,000 – particularly if you don’t mind a bit of renovation.

MAP: Where in France can you buy property for less than €100k?

Speaking of property – here’s some potential good news for some second-home owners; the French government has put in place a new online process for regular visitors in France to get a carte de séjour – here’s who is eligible for this and how to apply.

Can second-home owners in France get a carte de séjour?

Reasons to be cheerful about living in France: as energy prices soar around Europe, France is the notable exception where most people have seen no significant rise in their gas or electricity bills – so what lies behind this policy?

And no, it’s not because the French would riot if their bills exploded, or not entirely, anyway.

So, why are the leaves falling from the trees? And what does that mean for your garden?

Reader question: Why are the leaves falling in summer and does that mean my garden is dead?

The Da Vinci Code starts here – with the legend of a penniless priest who once stumbled upon gold hidden in the French countryside. It’s a story that still inspires treasure-hunters.

We look deeper into the myth – and help you decide if you should stock up on a shovel and a metal detector.

French history myths: There is buried treasure in Rennes-le-Château

Hoping to do his bit for the planet, perhaps save some money and avoid spending any time at Charles de Gaulle airport, The Local’s Europe editor Ben McPartland decided to travel 2,000km with his family from Paris to southern Portugal by train rather than plane.

Here’s what he had to say about the experience.

Yes, train travel from France across Europe is far better than flying – even with kids