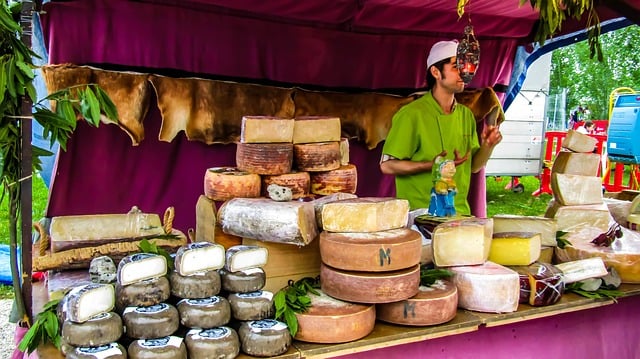 Since the end of the Brexit transition period, residents and travellers who want to bring British food products into Spain have faced strict controls and outright bans on certain foods. This mainly includes products that contain meat and dairy.

READ ALSO: Christmas travel between Spain and the UK: What can I not pack in my suitcase?

Up until now however, taking Spanish produce to friends and family in the UK has been unaffected.

This is set to change in 2022 as the UK begins to introduce its own controls on imports.

Throughout 2022 British authorities have set a series of deadlines for imposing controls on imports from the EU.

The British deadlines for controls have already been extended several times because the infrastructure was not ready. It is also not clear at this stage exactly how rigorous checks will be.

This refers to businesses importing from the EU on a commercial basis, so won’t affect individuals travelling into the UK, although it’s possible that there will be delays at the ports if businesses are not fully prepared for the new paperwork.

Introduction of checks on specified products including meat and meat products, high-risk food items and certain types of plants. These products will require veterinary certification and physical checks will be introduced at the border.

The rules as written refer to all imports – not only those for commercial purposes – so would cover holidaymakers taking home some Spanish jamón or Brits living in Spain taking chorizo as a gift for friends and relatives back in the UK.

What is not clear at this stage is whether UK customs have the capacity to check private vehicles or individual travellers, as well as commercial importers.

The Local has asked the UK government about its policy for private individuals travelling with small amounts of food for personal consumption or to give as gifts.

Introduction of checks on all dairy produce. The same as above, but extended to all dairy products, so this covers things such as Manchego cheese, yoghurt and chocolate turrón.

September 1st also marks the introduction of checks on live animals, but this does not apply to domestic pets, who are still covered by the Pet Passport or Animal Health Certificate rules.

Checks extended to “all remaining regulated products of animal origin, including composite products and fish products”.

This extends the checks and certification so that it covers a wide variety of products including meat, fish, meat or fish products, dairy products or any products containing those things – for example, certain types of jelly sweets contain gelatine, so are classed as animal products.

This would also include things such as Spanish tins of sardines, mussels and any other fish products.

When considering bringing items into the EU from the UK, a good rule of thumb is to look for anything certified as vegan.

Certain types of plants are also covered by the regulations, which would cover travellers bringing flowers, bulbs or plants for the garden.

Spanish wine, beer and spirits are not covered by extra checks but have since January 2021 been subject to new limits.

There are now strict limits on the amount of wine, beer, spirits and tobacco that can be brought into the UK from the EU.

The amounts still allow for bringing a few gifts into the UK, but gone are the days when you could drive over to Spain and load up the car with many bottles of Rioja, cava or vermouth.