The cooling towers of Civaux nuclear plant are seen over the clouds on November 10th, 2021 in Chatellerault, western France. France has led the charge for nuclear power to be included as 'green' energy sources. Guillaume SOUVANT / AFP

The proposal, seen by AFP on Saturday, aims to support the 27-nation bloc’s shift towards a carbon-neutral future and gild its credentials as a global standard-setter for fighting climate change.

But the fact the European Commission quietly distributed the text to member states late Friday, in the final hours of 2021 after the much-delayed document had been twice promised earlier in the year, highlighted the rocky road to draft it.

If a majority of member states back it, it will become EU law, coming into effect from 2023.

The commission confirmed on Saturday that it has started consulting with member states on the proposal where it covers nuclear and gas energy.

“The activities covered in this complementary Delegated Act would accelerate the phase out of more harmful sources, such as coal, and in moving us towards a more low-carbon greener energy mix,” it said.

It said it “considers there is a role for natural gas and nuclear as a means to facilitate the transition towards a predominantly renewable-based future”.

France has led the charge for nuclear power — its main energy source — to be included, despite robust opposition from Austria and scepticism from Germany, which is in the process of shutting all its nuclear plants.

Germany’s Environment Minister Steffi Lemke told German media group Funke on Saturday that including gas and nuclear would be “a mistake”, arguing that atomic power “can lead to devastating environmental catastrophes”.

Austrian Environment Minister Leonore Gewessler also criticised the project, denouncing nuclear power as “an energy of the past” that was “too expensive and too slow” to combat climate change.

Conditions attached
Fossil-reliant countries in the EU’s east and south have defended the use of natural gas, at least as a transitional source, even though it still produces significant greenhouse emissions.

“It is necessary to recognise that the fossil gas and nuclear energy sectors can contribute to the decarbonisation of the Union’s economy,” the commission proposal says.

It added that, for nuclear power, appropriate measures should be put in place for radioactive waste management and disposal.

Its proposal calls for the building of new nuclear power plants to be conditioned on permits given out before 2045, and work to extend the functioning of existing plants would need to be authorised before 2040.

For gas, it said that carbon-emission limits should be set to well below those produced by coal-burning plants, and it should only be a transitionary source with plants needing building permits given before 2031.

The member states and experts consulted by the commission have two weeks to demand revisions to the proposal before a final draft is published in mid-January.

The European Parliament would then have four months to either approve or reject the text with a simple vote. 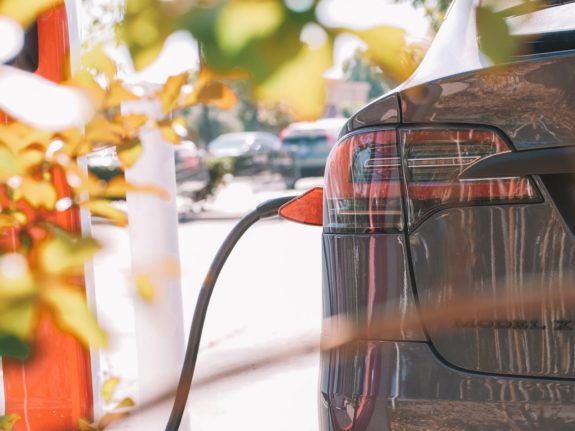 Starting on Monday (January 30th) individuals in Austria can apply for a government subsidy up to €5,000 to buy an electric vehicle as part of the e-mobility scheme.

The Federal Ministry for Climate Protection, Environment, Energy, Mobility, Innovation and Technology (BMK) has earmarked €95 million for 2023 alone, which is part of the government’s aim to drastically reduce carbon emissions from transport in Austria.

The initiative applies to the purchase of e-cars, plug-in hybrids, e-motorcycles, e-mopeds and e-light vehicles in 2023.

FOR MEMBERS: Tax cuts and bonus payments: Austria’s financial measures that will benefit people in 2023

“This is precisely where we are starting with our successful e-mobility offensive and ensuring a broad range of funding for e-mobility. Because one thing is clear: the future on the road is electric.”

Anyone interested in applying for the funding has to register first at the Kommunal Kredit website. The funding is then reserved and you will receive a link to the online application form. To claim the funding, you need proof of purchase, so the application can only be submitted after buying an electric vehicle.

Also, the link for the application form is only available for 36 weeks after registration and the invoice cannot be more than nine months old at the time of application.

Registration for the scheme is open until March 31, 2024.

READ ALSO: EXPLAINED: How to keep energy bills down in Austria

The funding for private individuals marks the latest stage of the e-mobility scheme.

In 2022, government subsidies were available for businesses investing in e-vehicles and infrastructure. Some of this is now coming to an end as the focus switches to individuals.

However, companies can still claim a subsidy if they meet any of the following criteria:

For more information about the e-mobility scheme, visit umweltfoerderung.at or klimafonds.gv.at.

DRIVING
Low emission zones: What you need to know if you’re driving in Europe
Url copied to clipboard!