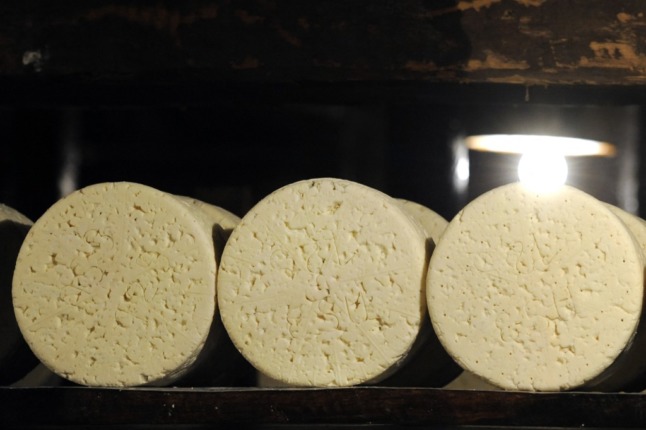 Want to take a little French cheese into the UK? Photo: Pascal Pavani/AFP

Since the end of the Brexit transition period, travellers who want to bring British food products into France have faced strict controls and outright bans on certain substances, from a ham sandwich for the journey to bringing in a little gift of chocolate or your mum’s home baking.

READ ALSO Bovril, tea and ham sandwiches – what are the rules on taking food from the UK into France?

But taking French produce to those in the UK has been unaffected.

This was originally set to change in 2022 and British authorities set a series of deadlines for imposing controls on imports from the EU, beginning in July.

However, the British minister Jacob Rees-Mogg has now announced that the checks will not begin until 2023 at the earliest.

In a written statement to the House of Commons, he said: “No further import controls on EU goods will be introduced this year – businesses can stop their preparations for July now.”

This is the fourth extension to a deadline for import controls from the British government.

It’s not immediately clear whether the UK government intends to just delay its original timetable or come up with a totally new plan in 2023.

Since January 1st 2022 full customs declarations and customs controls has been imposed at the UK border – but this affects only business imports, not private individuals such as returning holidaymakers.

The introduction of checks on specified products including meat, meat products, dairy products, certain types of plants and fish products have been delayed.

These products will require veterinary certification and physical checks will be introduced at the border.

The rules as written refer to all imports – not only those for commercial purposes – so would cover holidaymakers taking home a little French paté as a souvenir, or Brits living in France taking saussison sec or confit de canard as a gift for friends and relatives back in the UK.

French wine, beer and spirits are not affected by the latest announcement, but have since January 2021 been subject to new limits.

Bringing to an end the cherished tradition of the booze cruise, there are now strict limits on the amount of wine, beer, spirits and tobacco that can be brought into the UK from the EU.

The amounts still allow for bringing a few gifts into the UK, but gone are the days of taking the car over to Calais and loading up the boot in one of the many French wine warehouses.

You can find full details on allowances HERE.