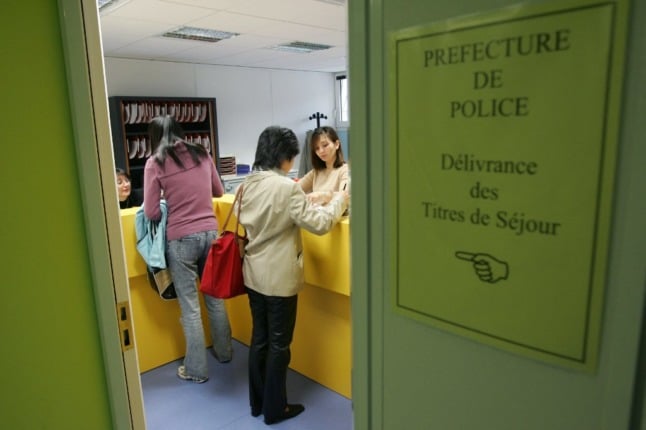 The citizens' rights group RIFT has lodged a formal complaint with the European Commission over outstanding issues with residency rights for Brits in France.Photo: AFP

Brits who were living in France before December 31st 2020 – and are therefore covered by the Brexit Withdrawal Agreement – face a major deadline on January 1st 2022.

From then, they will be legally obliged to hold a carte de séjour residency card, and those without it can be denied employment, housing, benefits and healthcare and can be deported from France.

French authorities have issued more than 150,000 of the special post-Brexit residency cards, but with just days to go until the deadline, citizens’ rights group Remain in France Together (RIFT) says that many people are still waiting for their card.

READ ALSO What changes for Brits in France in 2022

The group, together with EU Rights Clinic, has now lodged a formal complaint with the European Commission, accusing French authorities of failing to comply with the Withdrawal Agreement.

The Agreement states that UK nationals who lived in the EU (and EU nationals in the UK) before the end of the Brexit transition period have the right to remain there, although countries are entitled to ask them to register for a new residency card or permit.

RIFT said that they had found the following issues raised by UK nationals in France, and had been unable to obtain answers from French authorities on the subject:

A RIFT spokesman said: “The EU Rights Clinic and RIFT have demanded that the European Commission take robust enforcement action against France to ensure it complies fully with its binding legal obligations under the Withdrawal Agreement. A petition will also be lodged in parallel before the European Parliament.”

French authorities have issued several extensions to the deadlines for Brits to have made their applications for a carte de séjour, and also extended the deadline to be in possession of the card until January 1st 2022.

The most recent official data comes from September – shortly before the deadline for applications to be received – and showed that of the 162,000 applications received by French authorities, 151,300 applications had been concluded by September 6th – leaving more than 10,000 people still waiting.

Applications were made centrally on a specially-created online portal, and then passed to local préfectures for processing. Readers of The Local have reported big variations in waiting time between areas.

Find more on the admin for Brits in France in our Dealing with Brexit section.