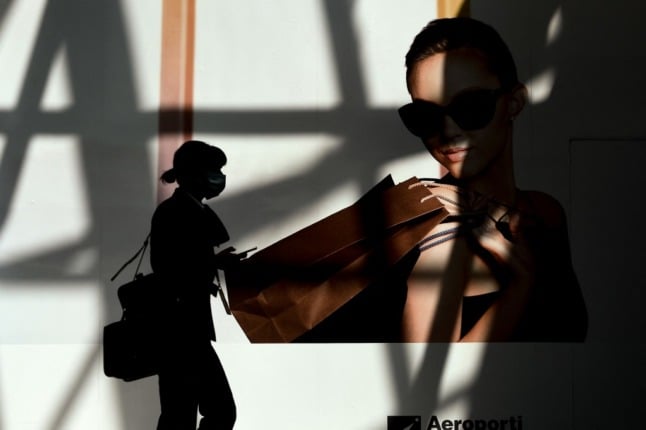 Italy has brought back a requirement for arrivals from other EU countries to take a coronavirus test before departure, while unvaccinated arrivals must quarantine for five days.

The Italian government announced the changes on Tuesday and they came into effect on Thursday morning, leaving people with existing plans to travel from within Europe this week scrambling to get tested.

READ ALSO: At a glance: What Covid-19 rules are now in place in Italy?

If you’re planning to travel to Italy soon, here’s a closer look at the rules in place from December 16th according to the latest ordinance signed by the Italian health minister.

Travel from within the EU

The new rules mean all EU travellers, including those who are double or triple-vaccinated against Covid-19, must now also show a negative test result from within the 24-hour period before departure (for rapid antigen tests, also known as lateral flow or LFTs) or the 48 hours before departure (for PCR or molecular tests).

Previously, EU arrivals had to show proof of vaccination or recent recovery OR a negative test, not both.

The new rules are in effect from Thursday, December 16th until at least January 31st.

Meanwhile, those travelling to Italy who are not vaccinated (or not classed as vaccinated under Italian rules) must take a pre-departure test, undergo a five-day quarantine period on arrival, and then test for release.

Italy recognises all jabs approved by the European Medicines Agency (EMA) as well as three others recognised by Italy’s drug regulator, regardless of where in the world they are administered.

The vaccines currently recognised by the EMA are:

Additional vaccines recognised in Italy are:

All travellers must also fill out an EU digital passenger locator form (dPLF) giving details of their whereabouts while in Italy, regardless of whether or not they are subject to quarantine. Find the form here.

Children aged under 12 are not subject to the five-day quarantine rule if they are travelling with adults who are vaccinated or have recovered from Covid, reported Italy’s Ansa news agency on Wednesday, citing government sources.

The health ministry’s new ordinance extends the provisions made for minors under a previous ordinance issued on October 22nd.

Article 8 of the previous decree states that “minors accompanied by a parent are not required to undergo isolation if this obligation is not imposed on the parent because they are in possession of a vaccination certificate or a certificate of recovery”.

In general, the new ordinance keeps all other previous rules for EU travellers in place.

This means the rules still apply equally to passengers whether travelling to Italy by air, road, rail or any other mode of transportation.

While international air and rail passengers should have pre-departure tests checked ahead of boarding, those arriving via road may be subject to checks when crossing the Italian border.

Rome’s airport authority on Thursday said it would also stepping up security controls for arrivals to ensure compliance with the law, but stated: “Minister Speranza’s directive, which came into force today, does not change the responsibility for checks that remains with the airlines before departure from the various EU countries in order to ensure maximum safety on the plane.”

Arriving passengers who are unable to show both proof of vaccination and a valid negative test result will not be prevented from entering the country, but are subject to the five-day quarantine and double testing requirement.

For those arriving from the UK and northern Ireland, the Italian health ministry’s ordinance stated that molecular (PCR) tests must now be taken within the 48 hour period before departure and rapid antigen (LFT) tests in the 24 hours before arrival, instead of 48 as was previously the case.

The rules for arrivals in Italy from the UK, northern Ireland and the British Isles otherwise remain unchanged under the new update. Travellers were already subject to a testing requirement, as well as the five-day quarantine period if unvaccinated.

For other non-EU countries on Italy’s travel list D, including the United States and Canada, the new ordinance effectively extends existing measures and there are no changes.

The ordinance also extends Italy’s ban on travel from eight countries in southern Africa implemented in late November following the detection of the Omicron variant.

The Italian health ministry is on Thursday updating its online guidance for travellers (here in English) based on the new ordinance.

Please note The Local cannot advise on individual cases. For further details about how Italy’s current Covid-19 health measures apply to you, please consult the Italian embassy in your country or see the Italian health ministry’s website (available in English).