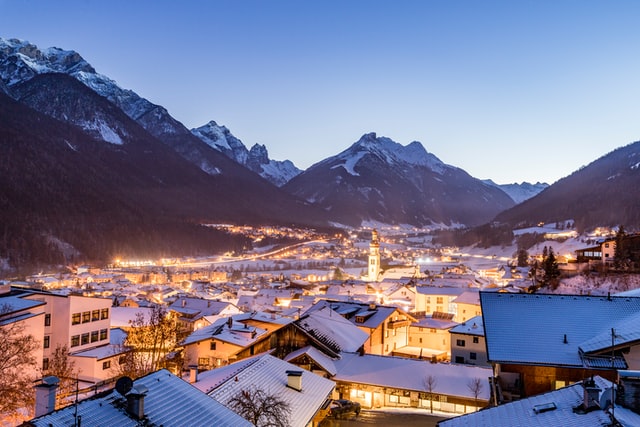 Austria has become the latest country, following the likes of Spain, France, Switzerland and Norway, to introduce stricter rules for people who have had close contact with someone positive for the Omicron variant of Covid-19. This now means you need to quarantine for 14 days, with no open to end it early with a negative PCR test, and it applies regardless of your vaccination status.

Night trains are set to run from Vienna to Paris (via Munich and Strasbourg) three times a week from December 13th, with the first one arriving at its French destination this morning.

Starting out from Vienna’s central train station, the route will also stop at St. Pölten, Linz and Salzburg before crossing into Germany and on to France. Departures will be at 7.40pm every Monday, Thursday and Saturday, reaching Salzburg at around 10.15pm and arriving in Paris at 9.42am the next day. Tickets start from €29.90. The trains are run by ÖBB and you can find information and booking options at www.nightjet.com.

A strong (re-)start to the Christmas shopping season

Yesterday was the first day most retail stores were open again after lockdown, giving many people across Austria the chance to get started on holiday shopping. Most regional chambers of commerce have reported a strong start to the shopping season even if there was no major rush, ORF reports, though most warned that this would not be enough to make up for the losses caused by lockdown.

First case of monkeypox in Vienna

The first case of monkeypox has reached Vienna. A 35-year-old man is being treated in an isolation ward in a clinic in the Favoriten district after developing typical symptoms of the disease: a slight fever and pustules. Contact tracing is already underway, broadcaster ORF reports. Experts are unsure why the disease, which is normally only occurs in Africa, is spreading throughout Europe.

READ MORE: Monkeypox in Austria: What causes it and is it serious?

Austria’s President Van der Bellen has announced on Twitter that he will stand once again for the President of Austria. This was expected last week, when a TikTok video was released showing footage of the President which played The Clash song, “Should I stay or should I go?”.

The Greens, liberal NEOS and left wing SPÖ parties have all welcomed the decision, but the far right FPÖ party has announced it plans to put up a rival candidate, broadcaster ORF reports. The FPÖ’s leader, Herbert Kickl, criticised Van der Bellen for his support of the Covid policy in Austria and for “weakening Austria’s neutrality”, the broadcaster reports.

Russian assets worth millions of euros frozen in Austria

Around 254 million euros in Russian assets have been frozen in a total of 97 accounts in Austria as part of  EU sanctions, the Federal Chancellery announced on Sunday. Broadcaster ORF reports this is twice as much as Germany has managed. A task force led by the Directorate for State Security and Intelligence (DSN) in the Ministry of the Interior is responsible for investigating the assets. The investigators also managed to locate five land register entries that were supposed to have served to conceal assets.

Villa in Attersee occupied by squatters

Anarchist squatters gained access to a villa believed to be owned by a Russian oligarch villa in Burgau am Attersee in the municipality of St. Gilgen on Saturday The squatters demanded sanctions from the Russian owner Igor Shuvalov, who , according to media reports, is said to have vacated the villa in March. The squatters have since left the building.

//BREAKING NEWS // We have occupied the mansion of the russian oligarch Igor Schuwalow at the Attersee, Austria. #RussianUkrainianWar #occupation #anarchistsagainstoligarchs pic.twitter.com/8gICnqcZYP

Later on Monday, Kneissl announced her resignation – although it is unclear what impact this will have on the sanctions process.

Austrian media reports the rule includes an annual salary of 515,000 euros. The EU Commission could include her on the sanctions list, which could soon mean her assets are frozen and her bank accounts are blocked.

Former German Chancellor Gerhard Schröder has left his position with the firm after sanctions were threatened.

Note: this story was updated on Monday afternoon after Kneissl quit her board position at Russian oil giant Rosneft.

Vienna’s UNO City, which is home to the city’s international organisations and its 5,000 workers, has been promised a 30 million euro refurb by the Republic of Austria, which owns the high rise buildings. The  office towers in the Donaustadt are more than 40 years old and urgently need renovation. The total costs could end up being ten times higher than the 30 million euros promised so far. for the first phase. Broadcaster ORF reports the buildings no longer comply with building and fire regulations.