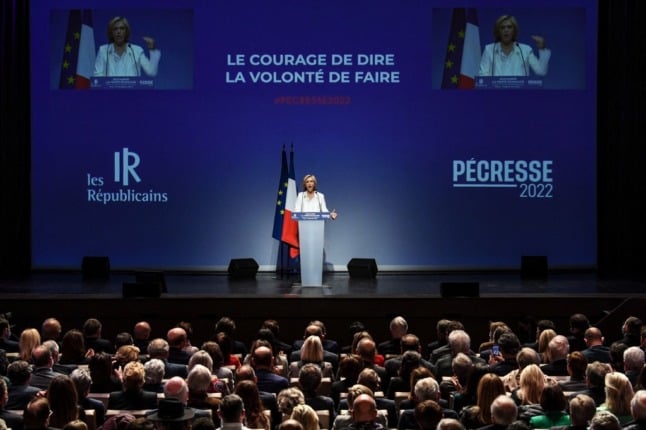 Valerie Pecresse, a former chief of the Paris region, was elected as The Republicans’ first female presidential candidate on December 4th to challenge President Emmanuel Macron in April 2022.

The 54-year-old slammed Macron’s record and said she aimed to “renew France in five years and make it Europe’s foremost power in 10 years’ time”, pledging to be a “war leader each time France is threatened”.

Pecresse said she would “stop uncontrolled immigration, break the ghettoes and restore security” in France, which has suffered several terrorist attacks in recent years partly perpetrated by French citizens from ethnic minorities.

She also set a hard stance against “statue topplers” and the “public prosecutors of our past” after racial justice protests inspired by the Black Lives Matter movement targeted memorials connected with France’s colonial history.

But Pecresse attacked far-right presidential candidates Marine Le Pen and Eric Zemmour, referring to “extremism that feeds off our problems without wanting or being able to resolve them”.

“A few weeks ago, they said we were buried, divided, lost. But we’re back, in battle order, for victory,” she added.

“My programme is radical because the situation demands it.”

With his country facing a fresh surge in coronavirus infections, Macron said the subject of misleading Covid information should be addressed head on, not swept under the rug.

“I think this is a big issue,” Macron, on a state visit to the United States, told broadcaster ABC. “What I push very much, for one, is exactly the opposite: more regulation.”

He said such protections have been implemented and enforced in France and “at the European level.”

Freedom of expression remains paramount, Macron insisted, “but there is responsibilities and limits” to what can be written and disseminated.

“You cannot go into the streets and have a racist speech or anti-Semitic speech,” the French leader said. “You cannot put at risk the life of somebody else. Violence is never legitimate in democracy.”

Macron’s concept of freedom of expression within acceptable limits is far from the libertarian approach of Musk, a self-described “free speech absolutist” who has sacked many of the Twitter employees tasked with content moderation.

Musk has begun to allow Twitter users banned from the platform for posting disinformation, such as former US president Donald Trump, to return.

And it emerged this week that Twitter has stopped enforcing a rule preventing users from sharing misleading information about Covid-19 and vaccine effectiveness.

The billionaire Musk has made no secret of his fierce opposition to health restrictions put in place to fight the pandemic, especially when they meant the temporary shuttering of his Tesla electric vehicle factory in California.

“To say that they can not leave their house and they will be arrested if they do… this is fascist. This is not democratic, this is not freedom,” Musk raged in April 2020 on a conference call with analysts.

On Wednesday the European Union issued a sharp warning to Musk, saying he must do “significantly” more to fight disinformation, such as reinforcement of content moderation, in order to comply with EU law.

“There is still huge work ahead” for Twitter, said Thierry Breton, the EU commissioner for the internal market.