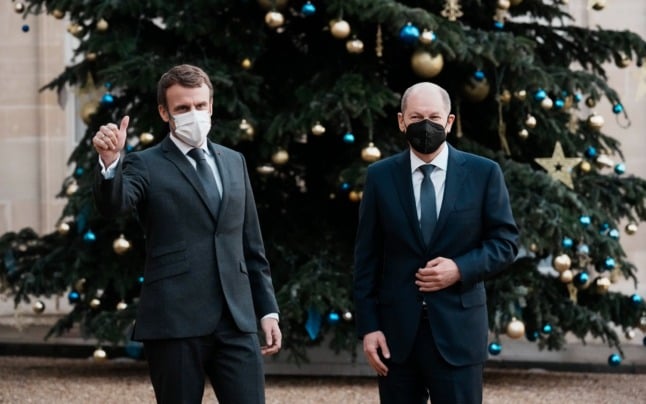 Macron and Scholz, both pro-EU centrists, are the new tandem in charge of Europe’s biggest economies that have the greatest influence inside the 27-member European Union.

Scholz, a Social Democrat, heads a new coalition whose commitment to strengthening Europe’s “strategic sovereignty” has raised hopes of progress in the fervently pro-EU French government.

Addressing Scholz as “dear Olaf” and using the informal “tu” pronoun in French, Macron said he had seen “a convergence of views, a desire to have our countries work together, and a firm and determined belief in Europe, which I knew already, which we will need in the months and years ahead.”

The visit was “a very important moment to build solid foundations for cooperation between our countries,” he added at a news conference.

Scholz made Paris his first overseas stop after taking over on Wednesday from Angela Merkel at the end of her 16 years in power.

He said the talks focused on “making Europe strong and European sovereignty.”

“What is important there is that we work together,” he said.

Scholz will continue on to Brussels on Friday for talks with NATO Secretary General Jens Stoltenberg and EU chief Ursula von der Leyen on Friday, as well as European Council president Charles Michel ahead of a bloc summit next week.

Macron laid out an ambitious agenda Thursday for a “Europe that is powerful in the world” during France’s time as the rotating president of the 27 member Council of the European Union in the first half of next year.

Analysts say Macron’s desire for more flexible budget rules in the EU, enabling governments to run larger deficits, could run into opposition from a Germany that has historically insisted on financial rigour.

Scholz said there was “not a contradiction” between wanting to finance ambitious investments to ensure growth, and solid public finances.

“For me, they are two sides of the same coin,” said Scholz, who was previously German finance minister and helped push through a historic EU fund for a Covid recovery last year that saw the bloc raise money collectively for the first time.

The 63-year-old has long backed Germany’s trademark budget austerity goals, but he threw his weight behind the EU recovery fund to help Europe cope with the pandemic – going further than Merkel.

As well as discussing the European Union, the two leaders also talked about the Russian troop buildup on Ukraine’s border, as well as relations with China and the African continent.

“All must accept that borders in Europe cannot be changed. This rule is for everyone,” Scholz said in reference to Russian leader Vladimir Putin, who has been accused by the US of planning an invasion of its neighbour. Scholz had warned Moscow on Thursday of “consequences” for the Nord Stream 2 pipeline, a Russian project to deliver natural gas to Germany and a major source of friction with many partners, including France.

“With Nord Stream 2, Germany has the big geopolitical weapon in its hand without ever having sought it,” said Ulrich Speck, an analyst at the German Marshall Fund.

Macron was expected to press Scholz behind closed doors on his desire to see Germany play a more active role in global security affairs.

The German coalition’s pact makes no mention of the pledge for all NATO member states to commit two percent of their gross domestic product to defence by 2024.

Political scientist Andrea Roemmele of the Hertie School of Governance expects closer cooperation with Paris on security policy under Scholz.

But with the French presidential elections looming next year, Berlin will likely “take a wait-and-see stance” on projects, particularly given the threat of a strong showing by the far right.

By Adam PLOWRIGHT with Deborah COLE in Berlin 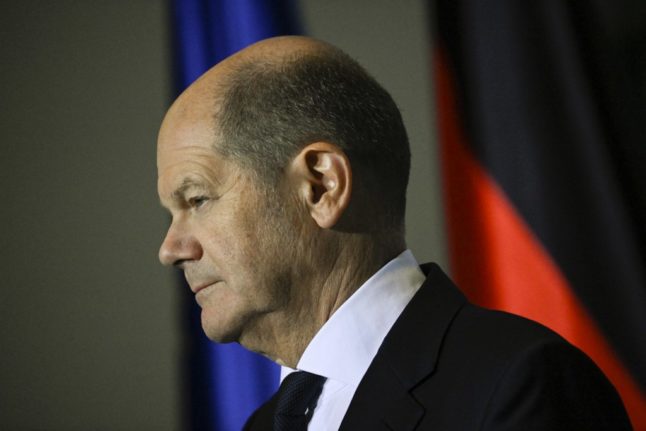