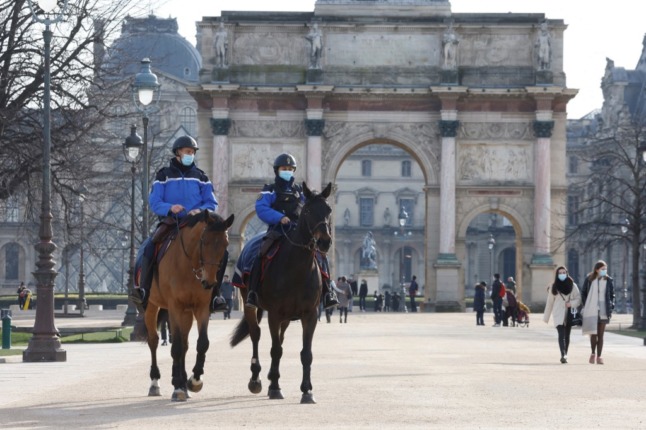 The French government has reintroduced mask rules in all indoor public spaces – including venues covered by the health pass, such as cinemas and bars, which were previously exempt.

But local authorities have the power to impose extra mask rules for outdoor public spaces if they feel it is necessary, and Paris has become the most recent place to do this.

The following people are exempt from the outdoor (but not indoor) mask rules;

In a press release, Lallement said that the new rules had been introduced in the context of “a rapid deterioration of epidemiological indicators within the city of Paris”.

In addition to the new mask rules, the Préfecture strongly urged people to continue with the use of hand gel and frequent hand-washing, employing barrier gestures and respecting social distancing.

Paris police will be enforcing the new mask rules, with penalties of €135 for people not wearing a mask in designated areas.

Police will also be stepping up checks on the health pass, and checks of public establishments where the pass is required such as bars and restaurants to ensure that they are enforcing the rules.

Paris joins at least 23 other local authorities which have already brought in extra mask rules. We have a round-up of the areas here, but as this situation is changing rapidly people are advised to check with their local préfecture to be sure of the exact rules in their area.