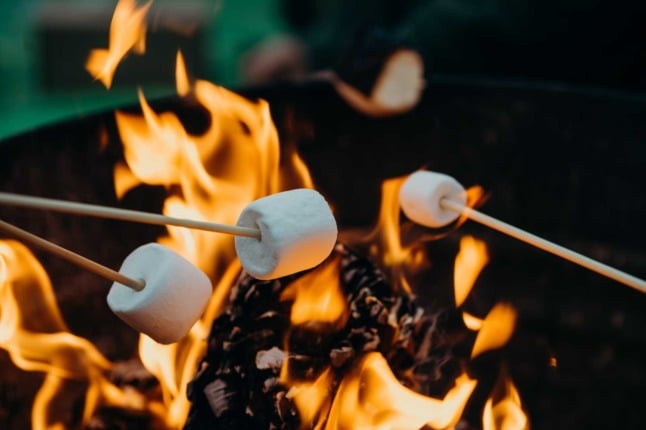 If you want to toast marshmallows in your backyard in Switzerland this winter, first make sure it's OK. Photo by Leon Contreras on Unsplash

Even if you own a property, the rules for what you can and cannot do in Switzerland can be relatively restrictive.

As we covered in the following article, laws or tenancy rules can prevent you from doing several types of activities in your own backyard, including felling trees or washing your car.

You can also be prevented from certain activities on particular days. For instance, rules, bylaws and tenancy arrangements may prevent you from mowing your lawn or hanging out your laundry on a Sunday.

READ MORE: What am I allowed to do in my backyard or apartment courtyard in Switzerland?

As the weather gets colder, you might be tempted to stock up the fire pit, fire basket or fire bowl with wood and set it alight.

The rules for lighting fires are also relatively complex. What you are allowed to do will depend on your canton, your tenancy arrangement and the type of fire.

Can I light a fire on my own property in Switzerland?

If you’re living in one of the few Swiss houses to have a fireplace, then you are presumably allowed to use it, unless tenancy regulations prevent it at certain times.

You are also usually allowed to have a barbecue or grill either on your balcony or in your backyard, provided the noise and smoke is not excessive.

READ MORE: Can I have a barbecue on my balcony in Switzerland?

Whether or not you are allowed to have a fire in your backyard however will depend on the rules in your canton.

You are generally prohibited from burning any waste in Switzerland, other than typical forest or garden waste (i.e. wood, grass, twigs, sticks and leaves).

That however can also be restricted at certain times of the year.

In Zurich, for instance, fires in backyards are only permitted from March to October, meaning that you will need to find other ways to stay warm in the winter months in Switzerland’s most populous canton.

Even if lighting fires is permitted, you may want to check with the rules of your rental contract to see if you are technically allowed a fire.

What about fires in the forest or open parks?

A campfire might also sound like a nice way to spend a winter evening, but this may be restricted or completely prohibited depending on the circumstance.

There is no federal ban on fires in forests and other outdoor areas, provided you are not burning waste (other than garden waste etc) and you are not producing excessive emissions.

The rules are the same on August 1st, Swiss National Day, where special bonfires usually require a permit.

Note that there are special rules for burning old Christmas trees, which is prevented by law. 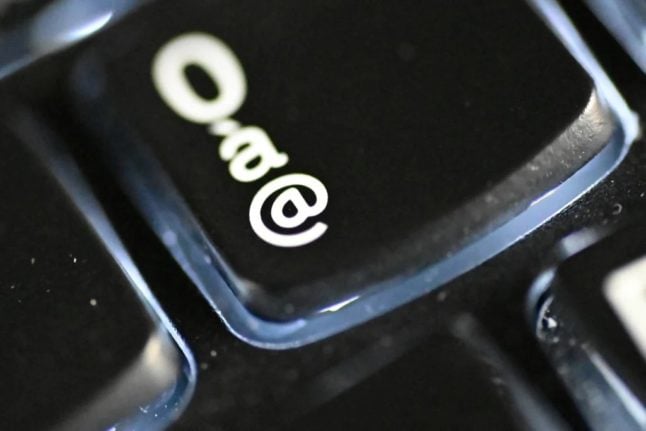 The correct names for punctuation marks used to be fairly low down on any French-learner’s list, but these days they are vital whenever you need to explain an email address, website or social media account.

Likewise if you want to talk about websites, or social media posts, there are some things that you need to know.

Obviously punctuation points have their own names, and making sure you get the periods, dashes and underscores correct is vital to giving out account details.

If you have a site that ends in .com you say ‘com’ as a word just as you would in English – pwan com.

The following punctuation points are less common in email or web addresses, but worth knowing anyway:

Comma , virgule. In French a decimal point is indicated with a comma so two and a half would be 2,5 (deux virgule cinq)

Question mark ? point d’interrogation – likewise, leave a space between the final character and a question mark

If you need to give your phone number out, the key thing to know is that Swiss-French people pair the numbers in a phone number when speaking.

Otherwise the good news is that a lot of English-language social media terms are used in Switzerland too.

There is a French translation for hashtag – it’s dièse mot, but in reality hashtag is also very widely used.

Tech is one of those areas where new concepts come along so quickly that the English terms often get embedded into everyday use before the French-speakers can think up an alternative.

COST OF LIVING
The rules Swiss cross-border shoppers in France and Italy should know
Url copied to clipboard!