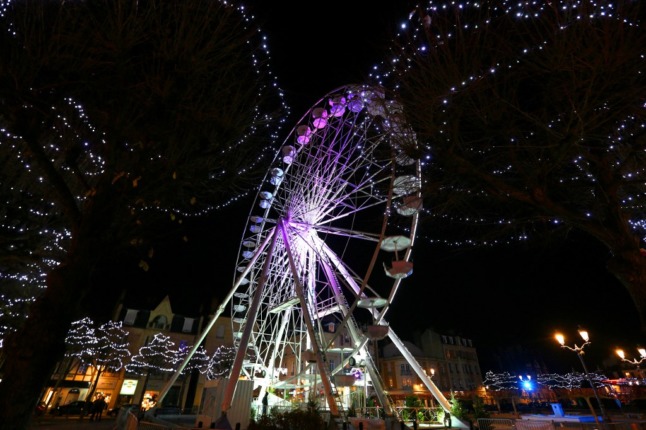 President Emmanuel Macron visits his hometown of Amiens where he will announce an extension to the Bibliothèque nationale de France programme.

READ ALSO How to get the flu vaccine in France

Anyone in a high risk group (eg the elderly, those with medical conditions, pregnant women, healthcare workers and carers) is entitled to the vaccine for free, but the rest of the population will need to pay. It costs between €6 and €10 for the vaccine itself, plus the standard appointment fee to have it administered, which is partially reimbursed for those with a carte vitale.

READ ALSO How to get the flu vaccine in France

The vaccine is on offer via GPs and pharmacies and if you’re eligible for a Covid vaccine booster this can be given during the same appointment.

The French foodbank charity Restos du coeur launches its winter appeal. Expect to see collections at local supermarkets where charity workers will be asking shoppers to buy a few extra items and donate them to those in need.

A verdict is expected in the trial of French footballer Karim Benzema, who is accused of being part of a plot to blackmail a fellow France international over a sextape.

Ministers hold a meeting of the Defence Council to examine the latest Covid situation in France, and whether extra measures are needed. Although cases in France remain lower than many neighbouring countries, case numbers have doubled over the past week as the fifth wave hits at “lightening speed”.

International day for the elimination of violence against women – events are planned in most French cities to mark the day.

Americans celebrate the festival of Thanksgiving.

READ ALSO Reader tips: How to create an authentic Thanksgiving in France

This is the day that many of France’s larger Christmas markets open, including the markets in Strasbourg, Colmar and Reims. They generally run until the end of December and offer stalls, entertainment and French festive treats including vin chaud (mulled wine), pain d’épices (gingerbread) and huitres (oysters).

Beginning of Hanukkah, the Jewish festival of lights. 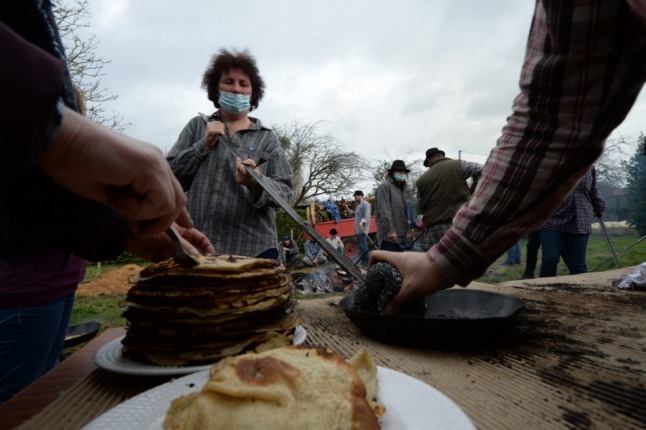 Signature chasing – expect to see a lot of mention of parrainage in French media, as presidential candidates can now begin the formal process of collecting signatures to support their election bid. In order to get onto the ballot paper for the 2022 presidential election, candidates need to secure a minimum of 500 signatures from elected French officials such as MPs and mayors. Here’s how this system works.

Lelandais trial – the trial begins in Grenoble of former soldier, Nordahl Lelandais, for the murder of eight-year-old Maëlys.

Motorway tolls rise – users of the autoroutes face an increase in toll charges from February 1st. The exact rises vary between areas, but across the country the average rise is two percent.

Crack meeting – A meeting is planned in Paris, organised by the government, to tackle the issue of crack cocaine in Paris.

Savings boost – the interest rates on the Livret A savings account will rise from 0.5 percent to 1 percent.

Lifting of Covid restrictions – this marks the beginning of a two-step lifting of restrictions, with the scrapping of rules on gatherings sizes, outdoor mask-wearing and compulsory work-from-home. The second stage will be on February 16th.

Calendar: When will France’s Covid restrictions be lifted

La Chandeleur – France’s ‘pancake day’ is on Wednesday, and is basically a festival eating lots of delicious crêpes. If you feel that you might need luck or prosperity for the year ahead, however, there are some crêpe-based rituals that claim to bring that.

Demonstration – demonstration in Paris, called by the country’s largest union the CFDT, of essential workers, to raise awareness of the rising cost of living.

School holidays – schools in zone B, which encompasses most of northern France but also to Aix-Marseille area, begin their February school holidays. The two-week February holiday varies depending on which one you are in. Zone A holidays run from Saturday, February 12th to Monday, February 28th, Zone B from February 5th to 21st and Zone C February 19th to March 7th.

Rugby – France hosts Italy at the Stade de France for the opening weekend of the Six Nations rugby tournament. The restrictions on crowd sizes have been lifted just in time for the game, but other restrictions remain and you will need a vaccine pass to enter the ground.

READ ALSO The Covid rules for watching sport in France