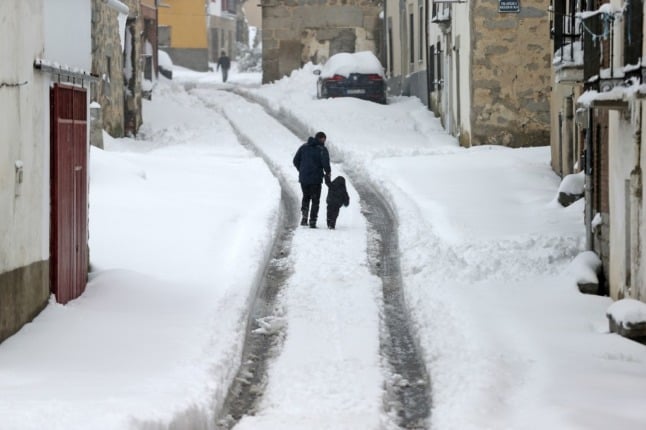 Up to 20cm of snow is expected to fall in Castilla-La Mancha and Aragón during this cold front. Photo: Cesar Manso/AFP

It’s set to get markedly colder in the northern half of Spain as of Monday November 22nd as the first official cold front of this autumn hits the Iberian Peninsula.

Spain’s national weather agency AEMET has put the northern regions of Aragón and La Rioja on orange alert for heavy snow, with 20 cm expected to fall within 24 hours.

In addition, the Balearic Islands and the Valencia region are on alert for heavy rainfall.

Persistent rain is also forecast throughout the week in Catalonia.

The polar weather event is expected to reach its peak on Tuesday.

Spain’s Ministry of Transport has prepared 412 snowplows and 57,214 tonnes of antifreeze to combat the snowfall.