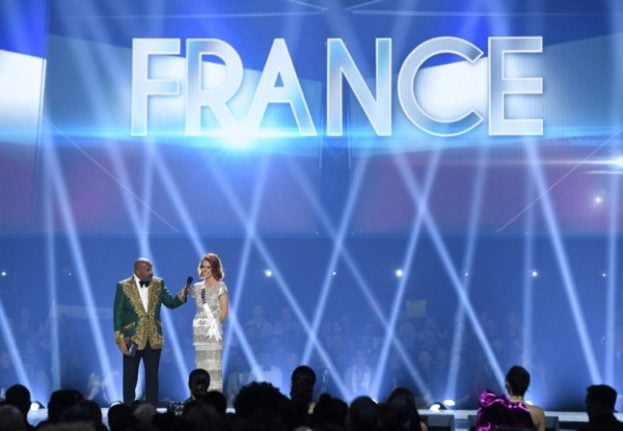 The winner of Miss France goes on to compete in Miss Universe. Photo: Valerie Macon/AFP

The announcement that Miss France finalists will get employment contracts comes as the contest organisers are being sued in the Labour Court by the feminist group Osez le féminisme, which contends that the ‘sexist’ nature of the competition breaches France’s strict labour laws.

Now Alexia Laroche-Joubert, president of the Miss France company, has announced that all 29 finalists will have valid work contracts, which comes with its own protections under labour laws, for the competition final and ceremony.

However it did not appear that the contract would cover the weeks of preparation for the show, and she gave no specifics on the type of contract, merely saying they would have “legal consequences”.

Although many younger French people regard the Miss France contest as an embarrassing anachronism, the event remains hugely popular, covered in detail by almost all French newspapers while the final is screened on terrestrial TV on Saturday night, regularly drawing audiences of more than 7 million people.

READ ALSO ‘Old fashioned and embarrassing’ – has Miss France contest had its day?

As well as looking pretty and appearing committed to world peace, the Miss France candidates also have to take a test on the history and geography of France. If you fancy your testing your knowledge of France, you can find the quiz HERE.

The final of this year’s contest will be held in Caen on Saturday, December 11th with 29 finalists representing the pre-2016 regions of France and the French overseas territories. 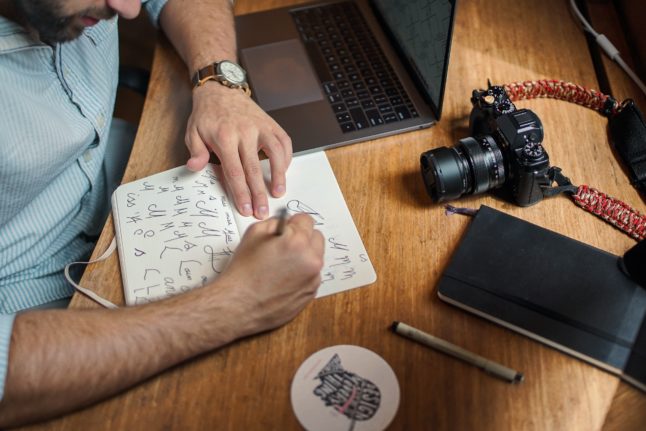 Over three million people are considered “self-employed” in France, and their lives might have become a bit easier now that the “law in favor of independent professional activity” has officially come into force.

Voted on in February 2022 under Macron’s first mandate, the law, which came into effect on May 15th, seeks to create a simpler and, above all, more protective legal, fiscal and social environment for “artisans, shopkeepers, micro-entrepreneurs and people of liberal professions.”

Who exactly does the changes cover?

The changes could impact France’s three million “travailleurs independents” which includes all kinds of self-employed workers working in many different professions.

The one self-employed status in France probably most familiar to readers is micro-entrepreneur but many kinds of small business owners and contractors are also considered travailleurs independents.

Now, here are the changes worth knowing about:

A better protection and separation of personal assets

One of the most important changes this law will bring is a more clear separation between personal and professional assets. As of May 15th, those registered as ‘self-employed’ (micro-entrepeneur/ entreprise individuelle) will see their personal and professional assets automatically separated. This means that should there be professional financial constraints, particularly involving creditors, the self-employed person’s personal assets will be more protected from being seized if the individual runs  into problems. This includes places of residence, personal vehicles, and movable assets.

However, Assembly rapporteur Marie-Christine Verdier-Jouclas warned previously: “We should not expect miracles, because the most important creditors, including banks, will continue to require special securities on certain assets of entrepreneurs, including their personal property.”

Minister of Small and Medium Enterprises, Jean-Baptiste Lemoyne said: “We expect banking institutions to take all responsibility in the implementation of this reform. We will be very vigilant.”

Self-employed people will now have an easier time claiming the “allowance of independent workers” (L’allocation pour les travailleurs indépendants) which is essentially an unemployment benefit specifically directed at the self-employed.

Now, they must simply be able to show that they have involuntarily lost employment – meaning the activity they were performing as a self-employed person is no longer viable. Previously, self-employed workers were required to be going through the legal process of “receivership or judicial liquidation” to claim this allowance. Now, a ‘cessation of activity’ can be certified by a trusted third party, such as a chartered accountant.

In order to qualify for this benefit, self-employed workers now must prove at least €10,000 of income spanning over one of the last two years, in contrast to the previous rule that required a minimum of €10,000 on average over the last two financial years. The benefit will depend on the earnings of the worker, with the maximum amount being €800 per month, and the minimum being €600.

The benefit can be paid for up to six months (182 days), and it is not renewable.

It will be easier access to professional training (the ‘CFP’)

In return for the contribution to professional training (CFP) to which they are subject, self-employed workers can, under certain conditions, benefit from total or partial financing of their professional training. But for this, they must be patient. With the NAF code of their activity, they must identify the training access fund (FAF) to which they belong. To make their task easier, the legislator has listed the different FAFs on the entreprendre.service-public.fr website.

If you are wondering whether your professional activity fits into this definition, but you are not sure, you can reach out to your local Chambres du Commerce et de l’Industrie. Be advised that some fields, like practicing law, for example, cannot claim this status.