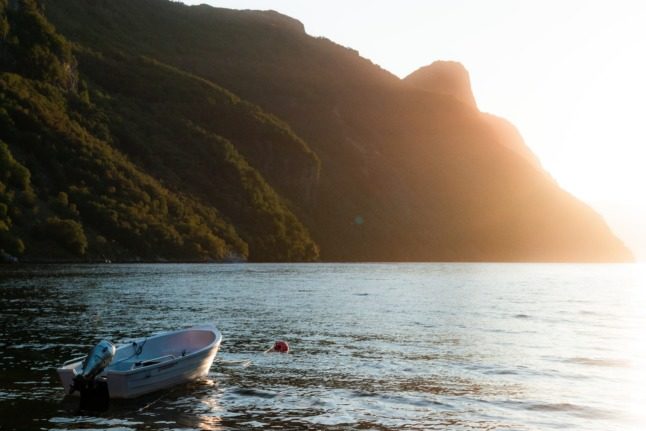 Norway's amazing scenery is one of the things that you'll never be able to get used to. Pictured is a boat in a fjord. Photo by Jan Kronies on Unsplash

Every country has its cultural norms, values and unwritten rules that foreign residents can struggle with at times, even after decades in the country.

Do you agree with the examples we discuss in this article? Are we being too harsh? Praising too enthusiastically? Have we missed something major? Let us know – if we receive enough responses, we’ll write a follow-up article.

Learning a language can be challenging, and no doubt, one of the trickier aspects of learning Norwegian is pronunciation.

READ ALSO: Five essential words you need when renting a home in Norway

We all have words that can be tricky. To this day, I still remember one person, in particular, being in hysterics over my initial attempts at pronouncing knekkebrød (I know it’s not that hard and not as tricky as kjæreste, significant other, to get spot-on). As a result, to this day, I’m still somewhat apprehensive about using the word.

Luckily, because I’m not a great lover of knekkebrød, regardless of pålegg (spread or toppings), it doesn’t come up too often.

The one thing that makes Norwegian even harder is the various regional dialects, mainly when spoken at speed. Dialects from the west coast of Norway can be the hardest to follow for me.

I’m sure those who picked up Norwegian in the west of the country will argue dialects spoken there are no more complicated to follow than any other regional variations. One tip we can offer is perhaps to try tuning in for NRK Distriknyheter if you want to become more familiar with dialects.

It’s pointing out the obvious, but Norway’s winters are long and cold, and the days are short and dark. The most challenging thing about the shorter days is how it always feels as if they sneak up on you. One day the sun is going down at a ‘normal time’, and then the next, the temperatures are in the minuses, and it feels as if it’s almost always dark. I’ve always wondered how those in the northernmost reaches of the country cope.

On a more positive note, having six or seven hours of sunlight in the summer after finishing work always feels a bit like cheating. It gives you the freedom for a days’ worth of activities at the end of each day. It just feels too good to be true at times. Similar to the winters, I am not sure how they cope with the summer in the north.

Aside from the wages, one of the biggest pulls of the country is its outdoor lifestyle and outstanding natural scenery.

No matter where you are in the country, you are almost certainly within half an hour, probably much less, of some beautiful nature and wildlife. Even in the biggest cities such as Oslo and Bergen, the opportunities to get out into nature are endless. In a lot of cases, you won’t even need a car. Take Songsvann, for example. You can get straight off the T-bane, and around 200 metres away is a massive lake and plenty of trails for hiking, biking and running.

The only downside is the high cost of equipment if there is a particular sport or hobby you want to get into. Luckily you can use sites like Finn.no to find a bargain.

Generally, Norwegians aren’t rude or cold as they are often stereotyped. However, they are indeed very reserved and quite socially restrained to begin with. As a result, making friends with locals can seem like a challenging task, sometimes even years after arriving.

Not everyone is like that, and when you do make friends with a Norwegian, it feels more like a friend for life. Furthermore, not all ‘strangers’ are as reserved and ambivalent as others. From personal experience, apartment blocks in Norway can feel like a real tight-knit community. This is especially true in the summer when the communal gardens are fully operational, and the residents are making the most of the sun.

Whether it’s a sweepstake for big events, major sporting events being screened in the garden, dugnads or simply a neighbour knocking at the door that they’ve finished their laundry and you can use the vaskekjeller (laundry room in the cellar) an hour earlier, it always feels as if something is going on and everyone is included.

Scandinavia is expensive. Norway is no exception. You’ll feel the pinch of Norway’s high prices pretty much no matter where in the world you are coming from either.

Norway has the second-highest prices for food, alcohol and tobacco in Europe, according to Eurostat. But, unfortunately, not all of us can regularly cross over into Sweden for cheaper (and a better selection) groceries or take the ferry to Denmark or Germany and stock up on cheap booze.

READ MORE: What is harryhandel, and why do Norwegians love it so much?

While high wages offset this to an extent, the taxman also takes a considerable chunk of salaries in Norway though you could argue they are funding a generally well-funded and well-oiled system.

One of the things that make the high prices harder to bear is the lack of choice or variety in most supermarkets. I can find the lack of options stifling and even uninspiring. Maybe having more choice than the typical one or two brands would make paying for groceries that bit more bearable — at least feel you’d that you have a say in what you spend your money on.

Norway gifts the Christmas tree as a symbol of its appreciation for the UK's support during World War Two. Pictured is 2019's offering. Photo by Daniel Leal/ AFP.

One of the first things you’ll notice if you are near or around Trafalgar Square in London at Christmas is a 20-meter-high Christmas tree on display for everyone to enjoy.

The tree is displayed every year and is a gift from Norway to the UK. The lights are normally switched on at the beginning of December to mark the countdown to Christmas.

This year the tree will be lit up on Thursday, December 2nd at 7pm CET.

The tree has been met with a slightly lukewarm reception on social media this year due to its sparse branches and less than healthy-looking appearance.

One Twitter user joked, “Are we at war with Norway now?” while another questioned whether this year’s tree was a sign that “Norway has not taken the sacking of Ole Gunnar Solskjær well”.

A social media account for the tree, run by Westminster City Council, explained in jest that the branches of the tree weren’t missing and “social distancing” instead.

The tradition of Norway gifting the UK a tree goes back over 74 years to a couple of years after the Second World War.

The yearly event see’s the people of Norway gift the UK a roughly 20-metre tall Norwegian Spruce, often selected months or sometimes years in advance, as a sign of their gratitude for Britain’s support for Norway during World War Two.

READ ALSO: What you should know if you’re invited to a Norwegian ‘julebord’

The tree, typically 50-60 years old when ready to be cut down, is felled during a ceremony attended by the British Ambassador to Norway, the Mayor of Oslo and Lord Mayor of Westminster during November. At the base of the tree, there is a plaque that reads, “This tree is given by the City of Oslo as a token of Norwegian gratitude to the people of London for their assistance during the years 1940-45.”

It is then brought to the UK by sea, before making its way to London by lorry. The tree is then adorned with typical Norwegian decorative lights before being displayed to the public until the 12th day of Christmas.

While the annual tradition dates back seven decades, the first Christmas tree was actually gifted to the UK in 1942.

During a raid on Hisøy Island between Bergen and Haugesund, west Norway, resistance fighter Mons Urangsvåg cut down a Norwegian pine and shipped it back to England as a gift for the exiled King Haakon.

King Haakon decided to pass the gift onto the UK, and so it was erected in Trafalgar Square, although with no lights due to the blackouts caused by the Blitz.