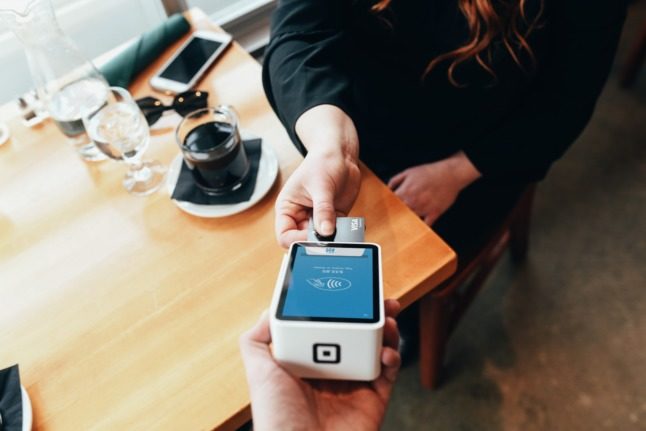 Deciding on where to open a bank account in a new country takes some consideration. We asked our readers in Norway for their thoughts. Photo by Blake Wisz on Unsplash

Opening a bank account is one of the first things you’ll need to do when arriving in Norway. Your existing foreign account will likely suffice for a while, but it will be much easier to pay bills, transfer money, and apply for a mortgage or loan once you have a Norwegian account.

Finding a bank in your new country is a big step, though, and while the digitised process of getting a bank account is fairly easy in Norway if you have the right paperwork, you should consider a few things first before you stash your cash.

We asked our readers in Norway to share their experiences and tips from opening accounts in the Nordic nation.

Which Norwegian bank came out on top?

Two banks were ranked very highly by our readers, the most popular choice being DNB.

DNB is Norway’s oldest private bank. It is also the largest bank in the country, with 2.1 million personal customers and 183,000 corporate customers.

Diego, a two-year resident in Norway currently living in Agder says of DNB, “It’s the only bank that provides BankID to non-EU/EEA immigrants with old passports.”

Joseph Sotto recommends DNB because it “has overseas connections.”

“They are easy, quick and it was no problem to open an account with the D-nummer [temporary personal identification number, ed.]. The debit card works for online shopping as well,” says Anna, a three-year resident of Oslo.

There were also multiple responses praising the bank’s English services, both within the bank and on the DNB app.

Almost as popular as DNB amongst the readers who contacted us was Sparebank1.

SpareBank1 has over 350,000 customers and is the second largest financial group in Norway.

Balasiddaiah Anangi, a resident of Norway for six years, was one of the readers to recommend the bank.

“I think as a foreign resident it is easy to get house loan thank other banks. Their customer care is far better than other banks,” he says.

One “can open a bank account faster and easier,” says Vlatko, an Oslo resident who has lived in Norway for six years.

The “English online banking is a good one,” adds Oslo resident Alireza.

What other banks do readers recommend?

Sbanken rounded out the top three Norwegian bank recommendations with our readers. In contrast to the top two, Sbanken, part of the Skandia group, has zero brick and mortar locations.

“It’s a bank that’s 100 percent online/digital (like N26 in Germany), so it’s very easy to deal with. Also, it has almost no fees for anything – like cash withdrawals etc,” says Elisabeth Rygg, a native Norwegian.

“You can apply for a mortgage online, and get an instant reply on how much you’re approved to borrow. Then you can just print a legally binding confirmation of this, to show at viewings. Everything is easy, cheap and convenient!,” she added.

Sparebanken Vest came with lukewarm reviews. Jakobus Vosser, who has lived in Norway for three years and is currently moving to Oslo, praised the bank’s customer service.

“I won’t say that they are the best… I have had some troubles with (electronic identification system) BankID and they offered me a poor interest rate on a vehicle. However they do offer good help when you contact them,” he said.

What banks should perhaps be avoided?

You may want to support one of the smaller banks in Norway. But many do not offer an English version of their website and are reluctant to switch to English when you visit their branch. This can be an issue if you are not yet fluent in Norwegian.

In addition, it may be more difficult for a local bank to offer you the lowest interest rates you can find on a home mortgage or car loan.

However, as there are differences between local and larger banks alike, there’s no harm in approaching as many as you like to ask what’s on offer. 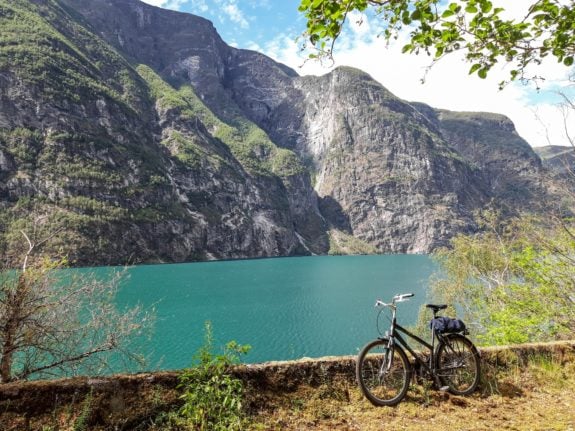 When many think of a Scandinavian city, they can’t help but think of a clean, modern environment where everyone gets around on bikes in all weather.

This reputation is primarily due to Norway’s neighbour, Denmark. So what’s it like getting around on Norwegian roads on a bike? Is it a complete nightmare, or can it go toe-to-toe with the cyclist’s haven of Copenhagen?

According to The Local’s readers, it stacks up pretty well. In a recent survey, we ran, 75 percent of those who responded said that Norway was a safe country to cycle in.

Our results contrast with a recent survey reported in the newspaper Aftenposten, where less than a third said they thought that Oslo was a safe city to cycle.

In addition to thinking it was safe, our readers also said that they believed Norway was a good country for cyclists in general, with more than three-quarters of those who got in touch saying they thought it was a great country to bike in.

“I cycle to work every day across Oslo and go out for longer tours at the weekend. Drivers are usually pretty considerate. The only real issue I’ve noticed is that people really don’t use their indicators much here. Compared to cycling in London though it’s wonderful here, the cycle lane infrastructure is fantastic,” Simon, who has lived in Oslo for five years, said.

Another Oslo resident said that the capital was good but still didn’t quite match up to Denmark yet.

“Oslo, where I live now, is becoming a lot better. I have lived in the UK, which was similar, France where I did not bike, and Denmark, which was great,” Anne Kristine, who has lived in Oslo for 12 years, but hails from Trondheim, said.

Pat, who lives in West Yorkshire but spent a month in Norway on a cycling holiday, praised Norway’s drivers.

“The Norwegian drivers are incredibly polite and respectful of cyclists,” Pat said.

READ ALSO: What do foreigners think of the Norwegian healthcare system?

However, not everyone was impressed with the drivers.

“Frequent overtaking on blind bends on country roads (is an issue),” Anthony, who lives in Rogaland, wrote.

Similarly, in a recent survey of cyclists in Norway by Trygg Trafikk and Tryg Forsikring, one of the most common issues reported was drivers not paying enough attention.

The biggest complaint about cycling in Norway among The Local’s readers was the lack of cycle paths.

“There are not enough bikeway paths in Norway. It can become dangerous for the cyclists, especially with fast drivers going over the speed limit and also large lastebiler (freight trucks),” Joanie, who lives in Buskerud, but is originally from California, said.

One reader from Berlin also had an issue with the lack of dedicated cycle lanes in Norway.

“Not enough dedicated cycling lanes. Especially dangerous on roads shared with a tram,” the reader, who didn’t leave their name, said when asked about their experience of cycling in Norway.

COVID-19 VACCINES
‘Not being vaccinated should have consequences’: The verdict on Switzerland’s Covid certificate expansion
Url copied to clipboard!