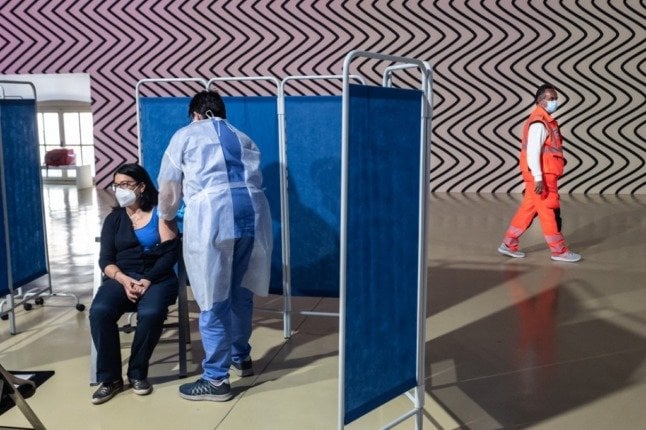 “It is most likely that a third dose will be necessary for everybody,” Deputy Health Minister Pierpaolo Sileri told Radio Capital.

His remarks echoed comments from the president of the national health institute ISS, Silvio Brusaferro, who said 24 hours earlier that the need for third doses for all “couldn’t be excluded”.

“I imagine the rest of the population [will follow] from January,” Sileri said.

To date, almost 44.5 million people in Italy, or 82.3 percent of those over the age of 12, have been fully vaccinated, and 1.1 million have already received booster shots.

To boost vaccination rates, Italy has brought in some of the world’s strictest measures with health certificates now mandatory for all workers.

The certificate, known as a ‘green pass’, is also a requirement at many cultural and leisure venues and on long-distance public transport.

The pass is available to everyone who is vaccinated or recently recovered from Covid-19, but can also be obtained by getting a negative test, at the individual’s own expense.

Vaccines also prevented eight million cases of Covid-19, over 500,000 hospitalisations, and more than 55,000 admissions to intensive care, the ISS said in a press release announcing the publication of its report.

The report covers the period between December 27th, 2020, when the vaccination campaign began, and January 31st of this year, using a methodology initially developed for flu vaccines.

Italy has been one of the countries worst affected by the  pandemic, with more than 160,000 deaths reported since February 2020, the second-highest toll in Europe after Britain.

To date, almost 90 percent of the population over the age of 12 has been fully vaccinated, as well as just over 34 percent of children aged five to eleven.

Italy on Tuesday began offering a fourth dose of an anti-Covid 19 vaccine to those deemed at highest risk from the disease, including over-80s and care home residents.