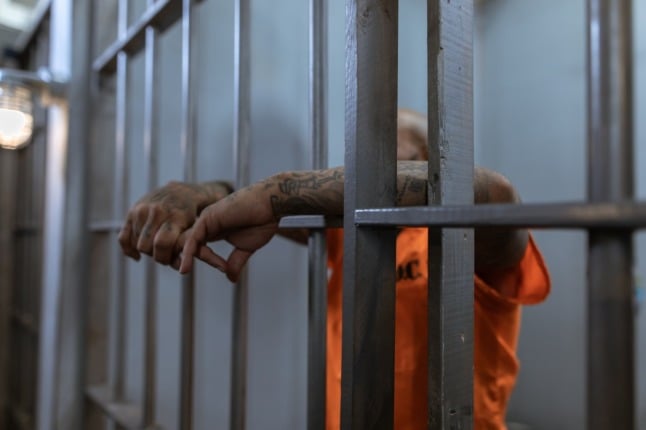 Most people arrested for crimes in Switzerland are foreign nationals, a study shows. Photo by RODNAE Productions from Pexels

Foreigners — including permanent residents, asylum seekers and tourists — commit more offences with a violent nature than native Swiss, according to data published by the Federal Statistical Office (FSO) in October 2021.

Of the 270 attempted homicides registered in Switzerland in 2020, 99 — almost 33 percent — were committed by Swiss people. The other cases are attributed to foreign nationals.

The FSO also found that Swiss citizens were responsible for less than half of the cases in which a serious bodily injury was inflicted on a victim: 317 out of the total of 712 registered acts, which translates to 45 percent; the remaining 55 percent of these crimes were committed by foreigners.

In both cases this is a higher percentage than that of foreigners as a part of the Swiss population.

According to Switzerland’s Federal Office of Statistics, foreigners made up 25.1 percent of the population at the end of 2020. While this figure does not include tourists, it is still higher than the 33 percent and 55 percent figures listed above.

READ MORE: Where in Switzerland do all the international residents live?

Police in Zurich were forced to provide the nationality of all offenders after an SVP-supported referendum in January 2021 required them to do so.

Why do foreigners have a higher rate of violent crime in Switzerland?

There are two explanations why people of foreign origin resort to violence more often that their Swiss counterparts.

According to Dirk Baier, violence researcher at the Zurich University of Applied Sciences, the lower level of income and education among foreign residents is one of the reasons.

“This economic disadvantage can lead to a corresponding reaction: what you cannot buy, you can steal”, he told Swiss news outlet 20 Minutes.

Baier said that these factors were far more important than if someone was a foreigner or not.

“If you consider young people who have roughly the same attitudes and social conditions, you no longer see any differences in the violent behaviour of Swiss and foreigners”.

Living conditions of these economically disadvantaged groups is also a contributing factor.

“They live in smaller apartments and often with several siblings. Those who spend a lot of time in public space are also more likely to get into conflicts that can escalate into violence”.

READ MORE: IN NUMBERS: Which Swiss cities have the highest crime rates?

Baier added that “the increased propensity for violence among foreigners has nothing to do with biology or genes. It is created by external circumstances – and consequently something can be done about it”.

This is echoed by statements from the Swiss government on crime rates of all forms (i.e. not just violent crime).

“The differences between foreigners and Swiss are relatively small when one takes into account the different age and gender structures. If one only considers the resident population (i.e. leaves out asylum seekers and tourists or travellers passing through), the differences are almost completely absent.”

How can this be prevented or curbed?

One way to counteract this trend, Baier said, is to introduce children with a migration background to the education system at an early stage, for example through language lessons.

“Anyone who understands and communicates in the language of the country in which they live will be less likely to resort to violence”.

There are also other social-cultural factors at play.

“This includes the family situation in which someone grows up. If he or she has  a form of upbringing that is characterised by the dominance of the father who uses violence himself, the child is socialised accordingly”, Baier noted.

“An honour to be defended or the protection of the family also made a number of people of foreign origin react more quickly to aggressive stimuli”, he added.

Baier said the government could do more, but was often held back by a cultural reluctance to intervene in family matters.

“Switzerland could still do a lot here, the reluctance to interfere in family matters is still very great.”

However, the Swiss are not blameless

“Foreigners commit violent crimes more often, but that doesn’t mean that the Swiss don’t do the same”, Baier said.

“There are many Swiss who think they have a right to hit anyone who looks at them in a wrong way”.

For instance, in the past six years, serious physical injuries have been inflicted by Swiss people more often than by foreign nationally, especially among those under 24 year of age, FSO reported.

In 2020, nearly half of all crimes were committed by Swiss people; however, these figures have to be put in perspective: since foreign residents constitute only around a quarter of the total population, an above-average number of offenses were committed by foreigners, even among young suspects.

Another worrying finding: violent knife crimes are increasing in Switzerland

The number of killings or attempted killings, as well  and serious physical injuries inflicted with knives grew in 2020 and into 2021.

READ MORE: Employment, wages and housing: How immigrants trail the Swiss in these crucial categories

What nationalities are most implicated in Swiss crime statistics?

People from these 10 countries committed the most crimes, FSO found: