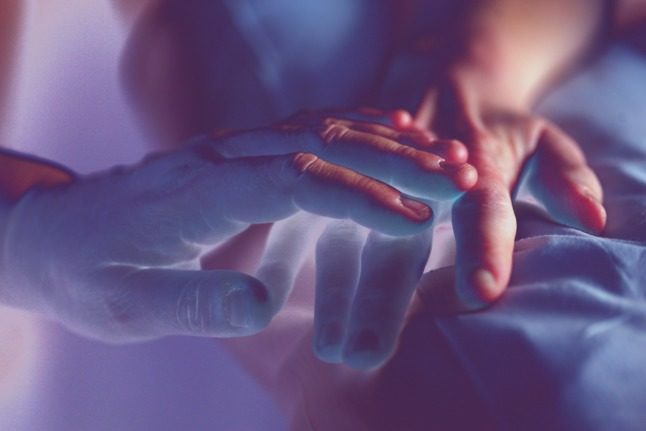 According to Austria's plans, two doctors will have to assess each assisted dying case, one of whom will have to be qualified in palliative medicine. Photo by Sharon McCutcheon on Unsplash

According to a summary of the proposed legislation from the Austrian justice ministry, adults who are terminally ill or suffer from a permanent and debilitating condition will be able to access help with ending their own lives.

Among their duties will be to determine whether the patient is capable of coming to the decision independently.

In addition, at least 12 weeks will have to pass before access is granted to make sure euthanasia is not being sought due to a temporary crisis.

Where is it fully legal in Europe?
The Netherlands legalised active and direct euthanasia in 2002.

Lethal doses of drugs are authorised if patients make the request while lucid.

They must also be experiencing unbearable suffering from a condition diagnosed as incurable by at least two doctors.

Last year, the country’s highest court ruled that doctors would be able to conduct assisted suicides on patients with severe dementia without fear of prosecution, even if the patient no longer expressed an explicit death wish.

The Netherlands also moved towards making euthanasia legal for terminally ill children aged between one and 12.

EXPLAINED: How foreigners can access assisted suicide in Switzerland

They must be aged 18 or over and request termination of life in a voluntary, reasoned and repeated manner, free from coercion.

In 2014, Belgium became the first country to authorise children to request euthanasia if they suffer a terminal disease and understand the consequences of the act.

In Luxembourg a text legalising euthanasia in certain terminal cases was approved in 2009. It excludes minors.

In Spain, the Spanish parliament voted through a law allowing euthanasia under strict conditions on Thursday March 8th, so terminally ill or gravely injured patients could end their own suffering.

The law came into effect in June 2021, making it the fourth European country to decriminalise euthanasia.

Swiss exception
Switzerland is one of the rare countries that allows assisted suicide with patients administering a lethal dose of medication themselves.

READ MORE: What you need to know about assisted suicide in Switzerland

It does not allow active, direct euthanasia by a third party but tolerates the provision of substances to relieve suffering, even if death is a possible consequence.

Decriminalisation attempt blocked in Portugal
In March, Portugal’s top court rejected a law decriminalising euthanasia that had been approved by parliament in January saying it was too imprecise.

The bill, which would have legalised access to assisted suicide for adult patients in a situation of “extreme suffering and irreversible damage”, now goes back to parliament for a possible amendment.

Italian compromise
Italy’s Constitutional Court ruled in 2019 it was not always a crime to help someone in “intolerable suffering” commit suicide. Parliament is set to debate a change in the law banning the practice.

In August 2021, more than 750,000 people in Italy signed a petition calling for the legalisation of euthanasia, exceeding by far the half-a-million threshold needed to force a referendum on the issue.

A vote could be held as early as next year on the campaign, which calls for changes to the country’s laws on assisted dying.

‘Right to die’
In France, a 2005 law legalised passive euthanasia as a “right to die”. A 2016 law allows doctors to couple this with “deep and continuous sedation” for terminally ill patients, while keeping euthanasia and assisted suicide illegal.

In April 2021, a bill to legalise euthanasia could not be voted on as planned due to the number of amendments submitted.

Sweden authorised passive euthanasia in 2010 and Ireland also recognises the “right to die”.

Britain has allowed medical personnel to halt life-preserving treatment in certain cases since 2002. Prosecution of those who have helped a close relative die, after clearly expressing the desire to end their lives, has receded since 2010.

In Germany, passive euthanasia is permitted if requested by the patient. In January 2021, the country’s parliament proposed new legislation that would allow assisted suicide for terminally ill adults once they have received counselling.

Refusing treatment
Denmark has allowed people to file written refusal of excessive treatment in dire situations since 1992, with the document held in a centralised register.

In Norway, passive euthanasia is permitted if requested by the patient or by a relative, if the patient is unconscious.

In Hungary, people with incurable diseases can refuse treatment.

It is also legal to end treatment for terminally ill people in Lithuania and Latvia.