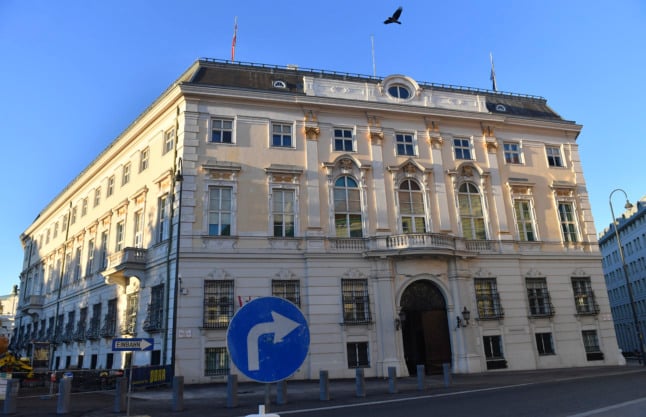 The picture shows the federal chancellery in Vienna as Austrian MPs are expected to approve the proposals on assisted suicide before the end of the year. picture alliance / Kerstin Joensson/AP/dpa | Kerstin Joensson

In December 2020, the constitutional court ordered the government to lift the existing ban on assisted dying, which is punishable by up to five years in prison.

According to a summary of the proposed legislation from the justice ministry, adults who are terminally ill or suffer from a permanent and debilitating condition will be able to access help with ending their own lives.

Among their duties will be to determine whether the patient is capable of coming to the decision independently.

In addition, at least 12 weeks will have to pass before access is granted to make sure euthanasia is not being sought due to a temporary crisis.

This period will be shortened to two weeks for patients in the “terminal phase” of an illness.

The proposals will now be subject to scrutiny by experts before coming to parliament, where MPs are expected to approve them before the end of the year.

If no new regulation were to be in place by the end of 2021, the existing ban on assisted dying would simply lapse, leaving the practice unregulated.

The Bishop of Innsbruck Hermann Glettler said that the proposals were a “sensitive and responsible” way of trying to conform with the constitutional court’s ruling and welcomed the fact that they also include plans to boost funding for palliative care.

However, he said further safeguards should be added to the process patients will have to go through.

Elsewhere in Europe, euthanasia is legal in the Netherlands, Belgium, Luxembourg and – since June 2021 – in Spain. However, traditionally Catholic states such as Ireland and Poland are holding out against liberalisation. 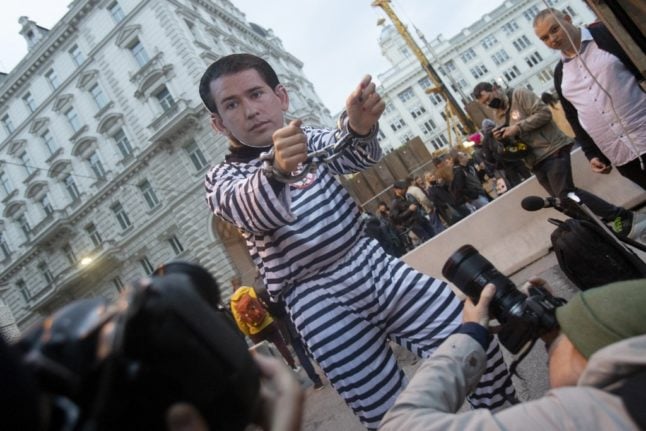 Austria continues on a downward trend in Transparency International’s “Corruption Perceptions Index”, receiving 71 out of 100 points, three less than in 2021.

The country slipped further down in the rankings to the 22nd spot, failing to make the top 20 for the first time since 2014.

In the latest 2022 index, Austria ranks between France and Seychelles. It is followed by the United States, Butan and Taiwan. As in previous years, Denmark, Finland, New Zealand and Norway top the table.

“Last year, Austria was still ranked 13th, and now we are all being presented with the bill for the fact that political decision-makers have been very hesitant, if at all, in tackling anti-corruption measures,” said Eva Geiblinger, Chair of TI Austria’s Board of Directors, according to ORF.

‘Political turbulence and the rule of law challenges’

According to Transparency International, Austria lost ground on the index after a period of political turbulence and what it called “rule of law challenges”, a reference to the country’s seemingly lenient (or non-existent) laws to prevent and fight corruption.

It’s hard to point to one instance that would justify the “political turbulence”, as many would argue that there has been an extended period of turbulence ever since 2019, when the infamous Ibizagate video surfaced, bringing down the ÖVP-FPÖ (centre-right and far-right) ruling coalition.

The video, recorded in 2017 on the Spanish island of Ibiza, showed the leader of the Freedom Party (FPÖ) apparently offering public contracts in return for campaign help and good media coverage.

READ ALSO: What you need to know about Austria’s ‘Ibiza-gate’ video

The striking images show a politician (who, by 2019, was vice-chancellor of Austria) seemingly arrogantly suggesting that a woman pretending to be the niece of a Russian oligarch might take control of the Kronen Zeitung, Austria’s largest-circulation tabloid and use it to help FPÖ’s campaign.

In return, Strache said he would arrange for public construction tenders currently awarded to Austrian giant Strabag to be given to her instead. He dismissively suggests a scheme to avoid legal scrutiny by using FPÖ-linked foundations to receive “donations”.

The video is not the first instance of corruption in Austria, but it does highlight some of the country’s “most popular” forms of corruption: nepotism, the unethical relationship between politics and tabloid media, and bribery, particularly using the foundations known as Verein.

The scandal has been known as the “Ibizagate”, which had immediate and long-term consequences. It brought down the ÖVP-FPÖ ruling coalition and put the far-right party in the opposition for years – Strache also left the FPÖ and his comeback stint through his own political party failed.

The People’s Party ÖVP survived the scandal (then) and chancellor Sebastian Kurz won the following elections, forming a coalition government with the Green party. However, the scandal’s repercussions are still ongoing, creating years of “political turbulence” in Austria.

READ ALSO: Corruption in Austria: Why has ORF’s editor-in-chief resigned?

Investigations concerning the statements made in the infamous video led to findings on the smartphones of politicians of a high level, bringing several new police operations. 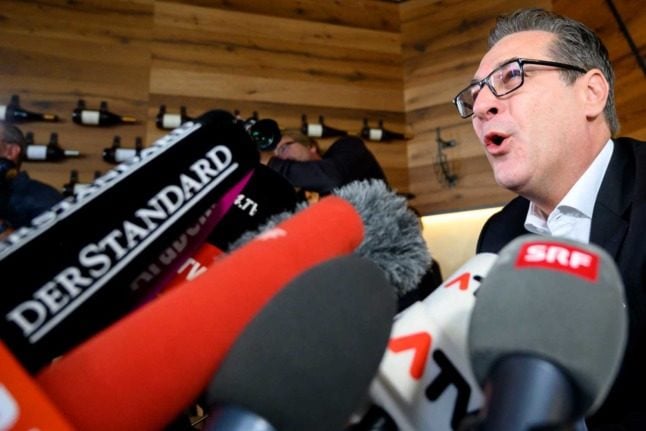 Finally, allegations led to the resignation of once Wunderkind Sebastian Kurz (ÖVP), and the People’s Party has lost much of its popular support after each political scandal involving its members. Now, the country is led by Karl Nehammer (ÖVP), who trails in popularity polls.

Even in 2023, investigations are ongoing and new scandals, allegations and accusations might surface.

Austria has also dropped in the rankings due to its failure to combat corruption due to its lenient laws and regulations. Earlier this year, a report of the Council of Europe’s Group of States against Corruption (GRECO) attests to Austria’s gross deficiencies in the fight against and prevention of corruption, as The Local reported.

Among other things, the report criticised a lack of transparency and political influence in appointments to law enforcement positions.

The group looked at corruption prevention in government and found that increased attention needs to be paid to the analysis of risk factors for corruption around the highest political officials such as chancellors, vice-chancellors, ministers, secretaries of state and general and cabinet staff.

GRECO recommended disclosing the financial circumstances of relatives and partners of these top political figures, although this “does not necessarily have to be made public”. Additionally, transparency is needed when appointing general secretaries, the report added.

Greco slams that major legislative projects such as the Transparency Act, intended to abolish official secrecy, or the reform of the criminal law on corruption, have been delayed – although the latter will now be approved.

It said that the prevention of conflicts of interest is a challenge that requires increased attention.

In its report, Transparency International stated that Austria’s government “urgently needs to move ahead with reforms to increase lobbying transparency and freedom of information”