What are the rules for skiing in Switzerland this winter? Photo by Jörg Angeli on Unsplash

The Swiss government agreed with ski resorts on Tuesday afternoon that the Covid certificate will not be required to hit the ski slopes this winter.

The agreement came after a long debate about which protective measures should be introduced in the coming season, Swiss news outlet Blick reported on Tuesday.

The main question was whether the Covid certificate would be required in chairlifts or on the slopes in general, as it is in Switzerland’s neighbours.

Somewhat surprisingly, the Covid certificate – which shows if someone has been vaccinated, recovered or tested negative for the virus – will not be required to hit the slopes in Switzerland.

It will however be required in indoor areas bars and restaurants in the ski area, although people eating and drinking on terraces and balconies will not need a valid certificate.

Masks will be required in chairlifts and on mountain railways and cable cars.

This therefore means the rules in these areas reflect those in public transport.

As noted above, outdoor areas of bars and restaurants will not require the Covid certificate.

Similarly, bars and restaurants at airports will not require the Covid certificate (whether indoor or outdoor).

One area which the government has clarified is in relation to hotel stays. While bars and restaurants of hotels will need to ask for Covid certificates, staying overnight will not require a Covid certificate.

I am worried about Covid – especially if the certificate is not required. Is there anywhere I might feel a little safer?

Some, such as the Fideriser Heuberge ski resort in Graubünden, have indicated that they will require a Covid certificate for skiing or taking chairlifts.

Also, most of Switzerland’s neighbouring countries require a Covid certificate or equivalent to hit the slopes.

Will these rules be in place throughout the winter?

The government said on Tuesday that it was confident the upcoming season would be safe despite not requiring the Covid certificate.

Swiss news outlet Watson reported on Wednesday that authorities were reluctant to place further restriction on winter sports activities after the industry suffered a 24 percent drop in revenue last year.

Federal Office of Public Health spokesperson Patrick Mathys said however that safety was the priority and that the government rather than ski resorts would be making the ultimate call.

When making the announcement, the government was careful to reiterate that it had the final word on whether to change, i.e. tighten, the rules on the ski slopes.

Rudolf Hauri, President of the Association of Cantonal Doctors, indicated he was uncertain about whether the decision to not require Covid certificates was the right one – and suggested it would be subject to review.

“As of now, I can’t tell you whether it’s the right way. That remains to be seen, I think the last word has not yet been said in this case.”

At the same press conference, government spokespeople said more needed to be done to boost the country’s flagging vaccination rate. 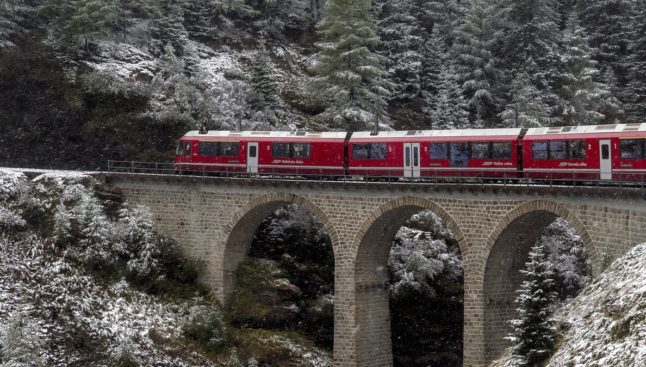 The Swiss like to think that their trains are running as smoothly as their famous watches.

However, it turns out that not all the trains crisscrossing Switzerland’s wide and dense railway network arrive and depart on time.

This is the finding of a major study by CH Media group, which analysed all train traffic over the last year to see how it performed time-wise.

While the largest company, Swiss Federal Railways (SBB), has a punctuality rate of around 92 percent — among the best in Europe — other transport providers don’t always keep up with this standard, the analysis revealed.

The top offender — which probably doesn’t come as a surprise to the Swiss, who consider everything foreign as inferior — is the German rail company Deutsche Bahn (DB).

As a matter of fact, in 2019, an expansion of the DB lines into Switzerland met with some objections because the Swiss were concerned those tardy Germans would mess up their intricate transport system.

And they were right.

As the study shows, DB’s regional RE7 line is most prone to delays.

It leaves Karlsruhe at 2:39 p.m. and is scheduled to arrive at Basel’s Badischer Bahnhof at 5:22 p.m. However, in almost 85 percent of the cases, it was more than 11 minutes late.

While 11 minutes may not seem like much of a delay, it sets off the domino effect of subsequent departures / arrivals being late as well. The RE7 has the worst record, as it appears three times in the top-10 list of punctuality offenders. 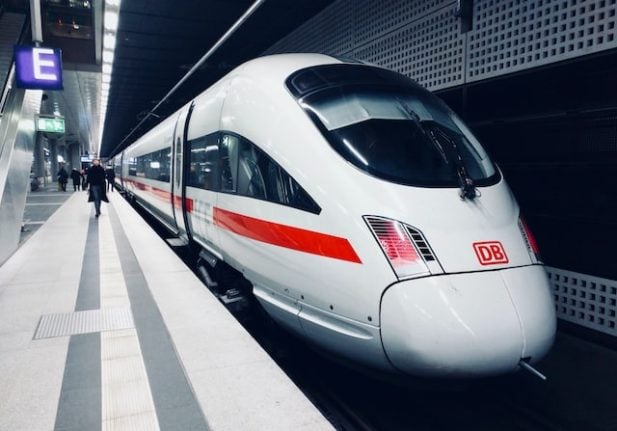 In fact, according to the analysis, trains that arrive in Switzerland from abroad have the worst track record — no pun intended.

For instance, the second-worst in terms of delays is SBB’s EC196, which runs from Munich, via Austria, either to St. Margarethen in canton St. Gallen or to Zurich. In 2022, it arrived 12 minutes late more than 84 times out of 100, and 20 minutes late 75 percent of time.

Here too, the Swiss put the blame on their German neighbours.

Though this train is operated by SBB, “the infrastructure in Germany with a long single-track line and train crossings in the Allgäu [a mountainous region in Bavaria] makes operations very demanding,” according to company spokesperson Sabrina Schellenberg.

Another line that is on the list of least punctual trains 83.5 percent of the time is Rhaetian Railway’s (RhB) PE955 line, which runs from Chur in Graubünden to Tirano in Italy.

This train, called the Bernina Express (the Express part could be a misnomer here), travels through a spectacular Alpine scenery, so commuters may not even notice they arrive at their destination late.

You can see the entire list of 100 least punctual trains in Switzerland here.

How does the SBB try to avoid chronic delays?

The answer depends on what causes the delays in the first place.

The infrastructure problems in foreign countries (as mentioned above) are obviously beyond SBB’s control.

However, Tobias Imobersteg of the Swiss Railvolution Association said that as it is well known that the trains in Germany are prone to delays, “the Federal Office of Transport should design the timetable accordingly.”

The company is also looking into adapting travel times.

“One of the main reasons [for delays] is that driving and stopping times no longer match reality,” said David Fattebert, head of the SBB’s Punctuality Programme (yes, there really is such a position at SBB).

“The timetable must be designed in such a way that there are certain buffers in the rail system”, he added.