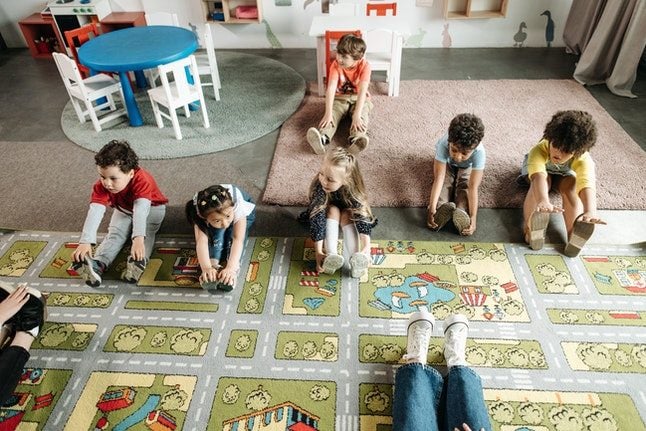 Childcare provision in Austria depends on which region you're in and the age of your child. Photo: Pavel Danilyuk/Pexels

Childcare in Austria hit the headlines recently after kindergarten staff in Vienna staged a protest to demand better conditions and more staff for facilities.

This follows a recent report by research institute Eco Austria that claims many parents in Austria are unable to work full time and the current childcare provision falls short of the Barcelona target.

The Barcelona target was agreed by EU leaders in 2002 to ensure the development of childcare facilities in Europe, with a focus on sustainable and inclusive growth.

The latest figures by Statistics Austria show that childcare provision for children under the age of three is currently at 27.6 percent in Austria – more than five percent below the Barcelona target.

Despite the recent negative press coverage though, childcare in Austria is still highly rated among international residents – especially when compared to countries like the UK and the US.

Here’s what you need to know about childcare in Austria.

FOR MEMBERS: Familienbeihilfe: What you need to know about Austria’s child support benefits

Facilities are run privately or funded by the government and the costs can vary. The family’s income and the number of childcare hours are taken into account when calculating fees.

Parents usually have to register for places in advance.

Nurseries for babies and toddlers

In many parts of Austria, childcare for babies and toddlers up to the age of three takes place at day nurseries (kinderkrippen).

The cost and type of service available depends on the province and more details can be found at the Austrian Federal Government website.

But in Vienna, childcare for babies and toddlers is provided at both kindergartens and private nurseries with costs subsidized by the City of Vienna.

For children under 3.5-years-old in Vienna, parents receive up to €624.72 per month towards childcare.

The City of Vienna recommends parents should register for a place at a publicly-funded kindergarten in November or December for enrolment in the following year.

The age when a child can be sent to a publicly-funded kindergarten depends on the province.

For example, kindergarten in Vienna is available to children up to six years of age and a similar system is in place in Burgenland and Carinthia.

In Tyrol however, kindergarten starts when children are four with an allowance of a half-day (20 hours a week without lunch) provided by the government for free. This is the minimum amount of free childcare that a state government has to provide.

Whereas in Upper Austria and Lower Austria, a half-day of free kindergarten starts at 2.5-years-old.

Private kindergartens are available across the country but they are not free and the costs vary depending on the operator.

A half-day of kindergarten attendance every day from Monday to Friday is mandatory for all children in Austria from the age of five.

How does childcare in Austria compare to other countries?

In the UK, childcare is less structured than Austria with varying levels of financial support depending on whether a family meets the eligibility criteria.

In Germany, the cost of daycare (Kita) depends on where a family lives. Kita is free for all children from birth in Berlin and Hamburg, but state-run kindergartens in Munich cost between €70 and €120 a month, with private centres charging up to €200.

In the US, parents spend an average of $8,355 (approximately €7,224) on childcare for each child, according to a recent CNBC article.

However, an enhanced tax credit system is currently in operation for 2021 and President Biden is calling for legislation to further help families with childcare costs. 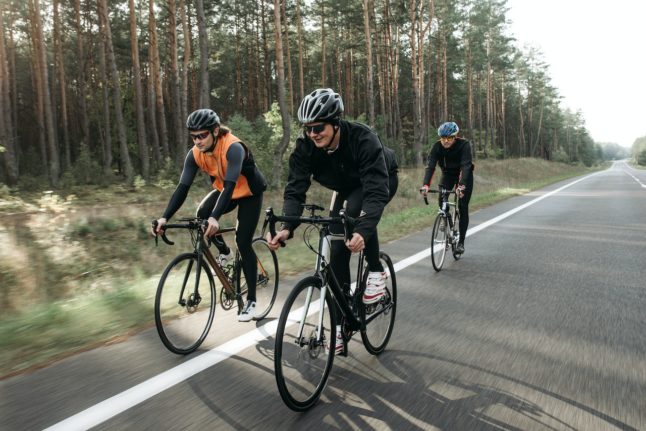 Cycling is a great way to get around in Austria as it’s environmentally friendly, cheap and healthy. But it’s not without risks, especially when it comes to breaking the rules.

This is because cyclists are subject to the Road Traffic Act and so have to obey road signs, drink driving laws and have the right equipment.

FOR MEMBERS: What you need to know about cycling in Austria

Failure to do so – either by mistake or on purpose – can result in a financial penalty. So here are the main rules to follow when cycling in Austria and how much you can be fined if you break them.

Disclaimer: the details below refer to the Organmandat (an on-the-spot fine). The amount can vary across the different Austrian states, so in most cases the minimum fine has been referenced.

Just like with driving, cycling while under the influence of alcohol is not allowed in Austria. So if you are caught over the limit, you will be fined.

In fact, cyclists are only allowed up to 0.4mg of alcohol per litre of breath. If a breathalyser detects more alcohol in your system, you will be fined based on how much you have consumed.

As well as a fine, cyclists can end up losing a driving licence if caught cycling while drunk. According to the federal government, this is because “riding a bicycle while intoxicated can be an indication of a lack of traffic reliability”. Because of that, authorities may determine that you are no fit to drive and, therefore, revoke your drier’s licence.

READ ALSO:  Five European cities you can reach from Austria in less than five hours by train

Cyclists have to obey traffic lights when riding on the roads in Austria and the fine for going through a red light is at least €70. But it can go up to €726, depending on the situation.

However, turning right at a red light as a cyclist is now allowed in Austria and will not result in a fine – as long as it does not endanger road safety.

Not having the right equipment – €20

According to the Bicycle Ordinance in Austria, a cyclist is required by law to have certain equipment, like lights (for cycling in the dark), functioning brakes and reflectors.

You can be fined €20 for each missing piece of equipment and it’s not unknown in cities like Vienna to be chased down by the police for failing to have lights on at night.

READ NEXT: How to exchange your foreign driving licence for an Austrian one

In Austria, cyclists are supposed to stay on the road, unless on a designated cycle path. So if you are caught cycling on the pavement, you can expect to pay a €30 fine.

But if you also endanger pedestrians by cycling on a pavement, then the fine is €50.

One-way street rules apply to all road users, including cyclists. As a result, it will cost you €50 if caught cycling the wrong way down a one-way street.

Cycling in a pedestrian zone – €30

A pedestrian zone is exactly that – an area for people to walk, which means bikes are not allowed. If you are caught cycling in a pedestrian zone in Austria you can expect to pay a fine of at least €30, but it can go up to €70.

Speaking on the phone while cycling in Austria is only allowed with a hands-free device. The fine for not following this rule is €50.

Similarly, taking both hands off the handlebars (for any reason) is also forbidden and you can be fined €30 if caught by the police.