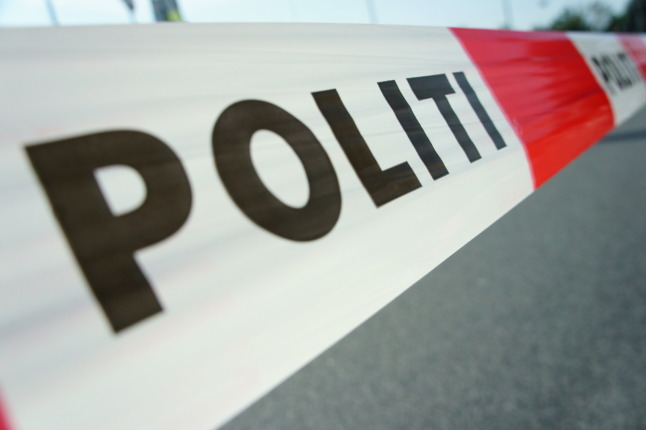 Here's everything we know about the attacker who killed five people in Kongsberg in a bow and arrow attack. Pictured is police tape from a seperate incident. Photo by Søren Storm Hansen on Flickr.

Police have charged 37-year-old Danish national Espen Andersen Bråthen with the killing of five people in a attack in Kongsberg, around 80 kilometres southwest of Oslo, on Wednesday night.

What do we know about the attacker?

Police have said the man lived in Kongsberg whilst Norwegian media have reported that the man has lived in the area for several years.

At a press conference on Thursday, the police said that they had been in contact with the man previously over their fears he had been radicalised and confirmed he had converted to Islam.

READ ALSO: Kongsberg bow and arrow attack: What we know so far

Reports that linked him to radicalisation pre-dated this year, Saeverud said.

Police say they are almost certain he acted alone.

The suspect is being assessed by forensic psychiatric experts, the mans attorney told NRK.

The attorney added that such an assessment is not uncommon given the circumstances.

Norwegian public broadcaster NRK are reporting that the man has previously been convicted of burglary and purchasing a small quantity of hashish. The media outlet have also reported that the man was handed a restraining order last year. These reports have not been confirmed by Norwegian police.

According to Norwegian media, the suspect was answering police questions whilst police official Saeverud said the 37-year-old suspect had confessed during questioning.

“He is cooperating and is giving detailed statements regarding this event,” his defence lawyer Fredrik Neumann told public broadcaster NRK.

“He admits the circumstances. That it is him that undertook the actions he is charged with,” Mathiassen told Norwegian broadcaster TV2.

“But the extent to which he will admit his guilt, we must wait,” she added.

Norwegian media also report that the 37-year-old, who has lived in Kongsberg for several years, has been in contact with the health service several times.

PST: ‘Appears to be a terrorist act’

PST, the Norwegian Police Security Service, said on Thursday afternoon that the attack appeared to be terror related.

“The incidents in Kongsberg currently appear to be a terrorist act, but the investigation will determine in closer details what the acts were motivated by,” PST said in a statement.

The security service said that the attacker was previously known to them.

US Vice President Kamala Harris and her husband Doug Emhoff lay flowers after ceremonies at Le Carillon bar and Le Petit Cambodge restaurant, at which 130 people were killed during the 2015 Paris terror attacks. Photo: Sarahbeth Maney/POOL/AFP

The attacks by three separate teams of Islamic State group jihadists on the night of November 13, 2015 were the worst in France since World War II.

Gunmen mowed down 129 people in front of cafes and at a concert hall in the capital, while a bus driver was killed after suicide bombers blew themselves up at the gates of the stadium in its suburbs.

Harris, wrapping up a four-day trip to France, placed a bouquet of white flowers in front of a plaque honouring the victims outside a Paris cafe.

Castex attended a minute of silence at the Stade de France football stadium, along with Paris mayor Anne Hidalgo, before laying wreaths at the sites of the other attacks inside Paris.

In front of the Bataclan concert hall, survivors and relatives of the victims listened to someone read out the names of each of the 90 people killed during a concert there six years ago.

Public commemorations of the tragedy were called off last year because of the coronavirus pandemic.

“Last year we weren’t allowed to come and we all found it really tough,” said Bruno Poncet, who made it out alive of the Bataclan.

But he said the start of a trial over the attacks in September meant that those attending the commemoration this year felt more united.

“We’ve really bonded thanks to the trial,” he said. “During previous commemorations, we’d spot each other from afar without really daring to speak to each other. We were really shy. But standing up in court has really changed everything.”

The marathon trial, the biggest in France’s modern legal history, is expected to last until May 2022.

Twenty defendants are facing sentences of up to life in prison, including the sole attacker who was not gunned down by police, Salah Abdeslam, a French-Moroccan national who was captured in Brussels. Six of the defendants are being tried in absentia.

Poncet said he felt it was crucial that he attend the hearings. “I can’t possibly not. It’s our lives that are being discussed in that room, and it’s important to come to support the others and to try to overcome it all.”

Survivors have taken to the witness stand to recount the horror of the attacks, but also to describe life afterwards.

Several said they had been struggling with post-traumatic stress disorder, grappling with survivor’s guilt, or even feeling alienated from the rest of society.

Saturday’s commemorations are to wrap up with a minute of silence at the Stade de France in the evening before the kick-off for a game between France and Kazakhstan.

It was during a football match between France and Germany that three suicide bombers blew themselves up in 2015.

Then-French president Francois Hollande was one of the 80,000 people in the crowd, before he was discreetly whisked away to avoid triggering mass panic.