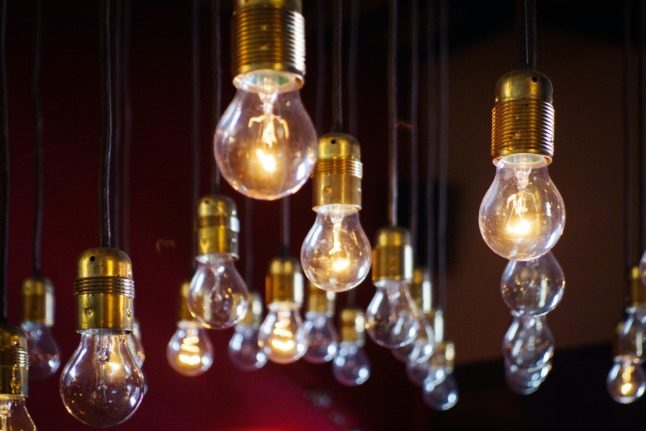 How you can save money on your soaring household bills in Itay.. Photo by Diz Play on Unsplash

Families and businesses in Italy are feeling the pinch as energy bills arrive after the latest price surge hit consumers across Europe and beyond in January.

Electricity bills rose by a record 55 percent for the typical family in Italy from January 1st, while gas bills are up by 41.8 percent, marking a new high after a series of increases over the past year.

This was despite further intervention from the Italian government aimed at containing the price hikes.

The previous quarter’s price review brought an increase of 29.8 percent for electricity bills from October 1st, while gas bills shot up by 14.4 percent.

With price rises linked to global markets, the situation does not look likely to improve drastically in Italy or Europe as a whole anytime soon.

As temperatures will remain low for many weeks yet in Italy, here are a few ways you could reduce your energy bills for the rest of winter.

Shop around – and understand your bill

Since the Italian energy market has been gradually opened up to competition, you may be able to save some money by choosing a different type of contract, or by switching to another provider.

Some people may still be paying for their energy under the protected or Maggior Tutela system – though all energy customers in Italy have been advised to switch to a ‘free market’ provider as soon as possible – the protected system comes to an end completely from January 1st, 2023. The switch is free and won’t mean any interruption to your energy supply. There are numerous Italian energy price comparison websites allowing you to check the tariffs offered by different energy providers – try Facile.it or Selectra.

When comparing prices between free market providers, it can help to know what exactly it is you’re being charged for when your bolletta della luce (electricity bill) arrives.

The national energy regulator in Italy, Arera, sets the electricity and gas tariffs and updates them quarterly. These regulated rates are not the final prices that will appear on your bill, however.

According to Arera estimates, the electricity bill for a domestic consumer is divided as follows:

Most of these costs are fixed, and the part which is variable is the ‘sales costs’ portion of the electricity tariff – which is what determines the differences in rates offered by various providers.

But the small savings you could make by switching provider can add up in the long term.

READ ALSO: When can you switch on your heating in Italy this winter?

You can either pay a fixed price, which won’t change over a period of between one and three years, or a price that is indexed to the regulated tariff, meaning it will evolve at the same rate.

According to Selectra’s estimates, the cheapest commercial contracts are currently offering rates of around € 81/MWh.

The same principle applies to gas: regulated prices are set and can change every quarter, but you also have the option of taking out a subscription at a fixed or indexed market price, with any provider.

“Choosing a commercial contract at a fixed price for 12 or even 24 months is convenient when energy prices continue to rise,” advises financial website Quitfianza.it.

“If the trend were to reverse, it would then be advisable to re-evaluate other offers on the free market, comparing them with one’s own tariff.”

Keep an eye on the clock

Ever wondered why your Italian neighbours insist on running the washing machine at 1am? They’d probably tell you it’s because it saves money.

While we’re not suggesting you keep your neighbours awake with your spin cycle, running appliances at certain ‘off peak’ hours is one way to slash your bills in Italy.

Even if you choose to go with the regulated electricity prices, you could still save money by subscribing to the “off-peak option”, which means paying less when you use appliances during eight set hours in the day, but paying more the rest of the time.

READ ALSO: EXPLAINED: What will Italy’s new budget mean for you in 2022? Those hours could cover the whole night, or some of them may be placed in the middle of the day, depending on your town.

If you go with this option, there are a few things you can do to make sure it’s worth your while.

Large appliances like washing machines can be programmed to come on at the ‘off peak hours’ or during the day, and this is also the best time to charge your devices, as long as they stop charging once full.

You can also check that your boiler is set to come on during off-peak hours.

If on the other hand you are working from home more often due to the pandemic, you could find that your peak-hour electricity use has shot up and you are better off switching to a regular contract.

When it comes time to replace your washing machine, or invest in a new TV, you could make significant savings by picking the right model.

More energy-efficient appliances might mean spending more money to begin with, but over the life cycle of the machines this could save you up to €3,000 in electricity costs, according to Quifinanza.

READ ALSO: How and why the Italian government will give you €100 towards buying a new TV

An energy-efficient fridge-freezer will consume 125 kWh per year, compared to 245 kWh for a less efficient machine. The savings are even more stark for tumble dryers – 170 kWh instead of 560 kWh.

For most appliances, the energy rating goes from A to G, with A being the most efficient.

New European rules introduced on March 1st got rid of the A+ to A+++ ratings for most types of appliance, meaning the A is now much harder to achieve, and “most energy efficient products currently on the market will typically now be labelled as ‘B’, ‘C’ or ‘D’.”

You can also invest in a programmable thermostat which can be set to come on at particular times in the day, and will automatically adjust to changes in temperature. The thermostat itself will cost €60 to €250.

Of course, there are plenty of other ways to save energy every day, including replacing your halogen lights with LED bulbs, using the “Eco” programme on your washing machine, and setting your water heater to between 55C and 60C.

Open your windows, close your shutters

It may sound counterintuitive to those of us from cold climates, but there’s more than one reason why nonna insists on airing out the house completely every morning.

Opening the windows in the morning to ventilate the house, even in the winter, will make your home less humid, meaning it requires less energy to heat.

And we all know shutters keep the searing heat out through the summer months, but they can also help control indoor temperatures in winter.

At night, if your windows have shutters as well as curtains, close them both to keep out the cold air, and when it gets really cold you may also want to close the shutters when you leave the house. If you have air conditioning, you’ll know it’s a lifesaver during the hot, humid Italian summers – but this relief comes at a high price. Can the running costs be reduced?

They can at least be minimised if you make sure your units are working efficiently. Quifinanza recommends checking your systems regularly and making sure they’re clean of dust and other debris.

If you’re looking at longer-term solutions, know that the Italian government is currently offering financial incentives for certain energy-efficiency improvements made during renovation work.

The so-called ‘Ecobonus’ forms part of the government’s Superbonus 110 – a scheme that promises homeowners a tax deduction of up to 110% on expenses related to property renovation and making energy efficiency measures.

The property must make at least a double jump in energy class or reach the highest efficiency rating is order to qualify for accessing this fund. Find detailed information about the bonus HERE.

READ ALSO: What you need to know about installing solar panels on your home in Italy

The fund covers various types of improvements, including the installation of solar panels.

Depending on how much power you consume, investing in solar power for your home could even cut your electricity bill to zero.

In any case, using the power generated by solar panels means you use less electricity supplied by the national power services, known as GSE (Gestore dei servizi energetici) – meaning savings on your bills as you’ve produced the power yourself.

You could also get deductions on your bill by selling off the excess power your solar system has generated, but that you have not consumed.

Check whether you’re eligible for help

Authorities have put a number of measures in place to help households in difficulty absorb these large increases.

The government has provided four billion euros’ worth of financial aid in order to limit the impact of the most recent price hike on consumers.

For 2.5 million households entitled to the social bonus for electricity and for 1.4 million who benefit from the gas bonus based on their ISEE (a calculation based on income and other factors), the tariff increases have been substantially offset.

Arera has increased the bonuses which, for the first quarter of 2022 alone, will support families in difficulty with around €600. This is broken down into €200 for electricity (for families with 3-4 members) and €400 for gas (families with up to 4 members, with gas heating in climate zone D, which includes cities such as Rome, Florence and Genoa, for example).

€1 billion has also been assigned to allow families in difficulty to pay their household bills in 10 instalments without interest.

You’ll need to speak to the agenzie delle entrate (tax office) or INPS (social security office) about accessing other funds, depending on your personal circumstances.