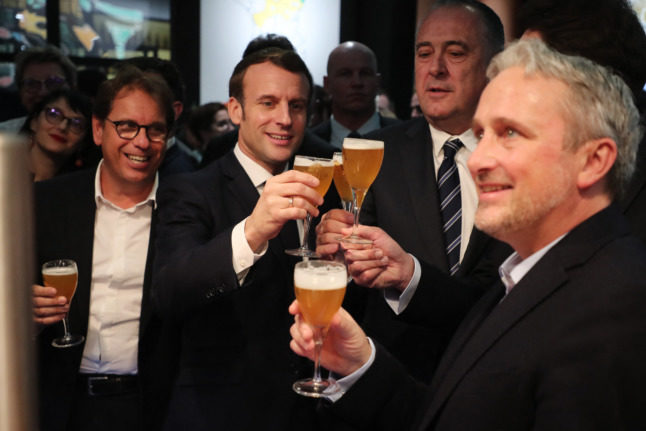 France’s Anosteké blonde beer was crowned the “world’s best pale beer” at the 2021 World Beer Awards, proving once again that French brewers can mix it with the best.

The beer was created by the Brasserie du Pays Flamand brewery in Merville, close to Lille, but it wasn’t the only French beer to receive an award. The Goudale Printemps came out on top in the “world’s best pale seasonal” sub-category, and the Mascaret, Vexin, and Cap d’Ona breweries also collected prizes.

It shouldn’t come as a surprise to see French producers doing well on the international stage. The number of microbreweries here has exploded over the past decade. The country went from having 442 active breweries in 2011, to 2,300 today, meaning no country in Europe has more breweries than France, according to the trade union Brasseurs de France.

“In France, twenty years ago, beer had a completely different image,” Jacqueline Lariven, the association’s director of communications told The Local. “It was a very standardised product, usually a low-alcohol lager. It was a man’s drink, and not very refined.”

While there is a long tradition of beer in eastern and northern France, due to proximity with Germany and Belgium, the drink is now gaining ground all over the country. Today, the region with the largest number of breweries is Auvergne-Rhône-Alpes, in southeastern France.

“The creation of breweries is an urban just as much as a rural phenomenon. We have rediscovered beer in all spaces, and all age groups,” Elisabeth Pierre, author and creator of Bières & Mets magazine, told The Local.

So how did we get here? Well, firstly, many French entrepreneurs took inspiration from American craft beers, or experimented with new or updated recipes. In time, the wider population began to develop a greater appreciation for beer.

According to Lariven: “All of these breweries, when they opened, did brewery visits, because the French had no beer culture. They thought of beer as a drink to quench your thirst in the summer.

“Bringing new recipes, they opened their doors to show what beer is, how it’s made, why there are different colours, which food pairings go well with a white beer or an amber beer.”

For Mathieu Duyck, who runs the northern brewery which makes the Jenlain beers, this was crucial. “The beer boom we’re seeing today is exclusively linked to the educating we’ve managed to do around it,” he told Europe 1 back in 2018. New recipes also helped to attract different demographics, including increasing numbers of women. Starting with the arrival of more sour “abbey beers” and white beers from Belgium in the early 2000s, followed by sweeter, fruity beers in the 2010s, with popular flavours including cherry and peach.

These were all more palatable to people who weren’t already fans of beer, but today that trend has been replaced by different types of beer, including IPAs and brown ales, while non-alcoholic beer is also growing in popularity.

An additional factor has been beer’s successful integration into another cherished French tradition – the apéro.

“Today it seems unremarkable, but 20 years ago, people didn’t drink beer as an apéritif, except in Alsace or the north,” said Lariven.

According to Pierre, the way people in France consume beer has changed in two fundamental ways.

“First of all there are more and more bars specialising in beer, and brewpubs, therefore people are drinking more pints.

“The consumption of pintes (pints) was practically nonexistent, there was just the demi (25cl or roughly half a pint) before.

“Secondly restaurants are starting to have beer menus, and menus with pairings associated with beers.”

Indeed, Lariven says beer has now become acceptable in settings where it was once unthinkable – when eating oysters, for example, or cheese, which are traditionally paired with white and red wine respectively.

What is French beer anyway?

For many people in other countries, the first thing that will come to mind when they hear “France” and “beer” is Kronenbourg. And, possibly by extension, Eric Cantona.

With 2,300 breweries, French beer today is much more than 1664. But do these new beers have anything in common? Is it possible to define the ultimate “French beer”?

Pierre explains there are two types of beer which are typically French – the cervoise, and the bière de garde, which, similar to stock ale, was kept in cellars until the summer.

But in very recent years, there has been a return of bières de terroir – beers deeply rooted in the local area, with hops and barley harvested on the farm each year and brewed on site.

Then there are also brewers who work alongside wine-growers. “There are so many beers aged in French wine barrels that it has to be considered typically French,” added Pierre.

More generally, it is common for French beers to make use of local ingredients.

“If you’re in Brittany you might use buckwheat; if you’re in Lorraine, mirabelle plum country, you have mirabelle beers,” Lariven added.

Making up for lost time

However, in terms of consumption habits, France is still lagging behind its neighbours when it comes to beer.

They may have the most breweries, but the French drink less beer than every other European country, according to Brewers of Europe. The French came in last in 2019 with 33 litres per capita, far behind the Czechs who drank 142 litres each, and Austrians who consumed 107 litres.

According to the beer expert, the French lost their taste for beer as a consequence of the concentration of production – the number of breweries fell from between 3,500 and 4,000 in 1900, to just 40 in 1980. Now, she said, people are returning to beer because there is such a wide variety on offer. “There is an offer of beers in France which has diversified in a phenomenal way.”

But while France may have even more breweries than the UK, Pierre says there’s no comparison, since most French breweries are “very small and new”.

And while beer has made great strides in giving wine a run for its money, some areas are more resistant than others. According to Brasseurs de France, twice as much beer is consumed north of the Loire river than to the south, where vineyards are more present.

Even so, France as a whole has clearly discovered a passion for bière. Or, rediscovered, because, as Lariven reminds us: “The cervoise in Asterix is a beer. France is as much a country of beer as a country of wine.” 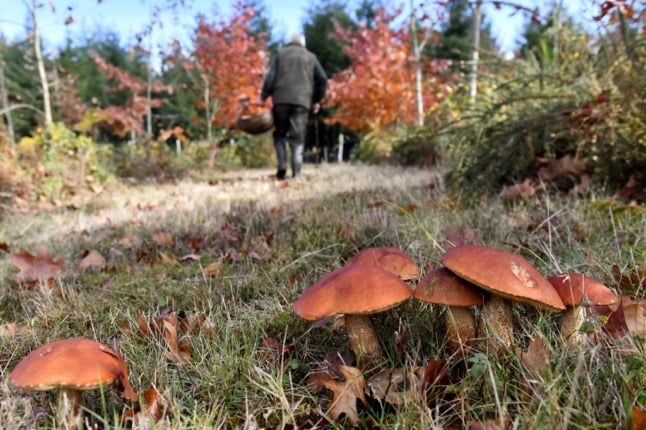 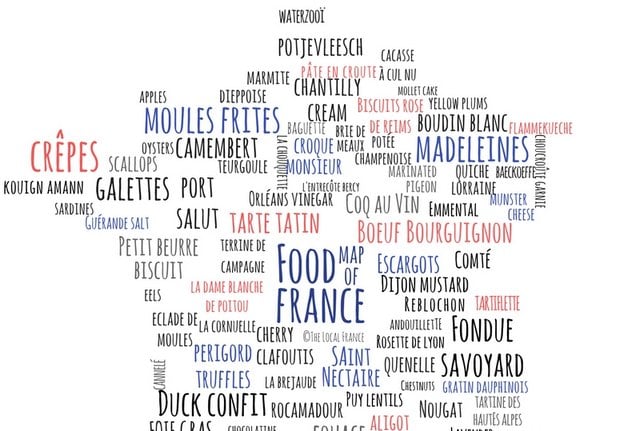 FOOD & DRINK
From crêpes to cassoulet: The ultimate food map of France

A great question on a subject dear to French hearts – cheese.

But it’s one that doesn’t have a simple answer.

Charles de Gaulle did indeed famously say “How can anyone govern a country with 246 different types of cheese”, but even in 1962 when he uttered the exasperated phrase, it was probably an under-estimate.

The issue is how you define ‘different’ types of cheese, and unsurprisingly France has a complicated system for designating cheeses.

Let’s start with the eight – there are indeed eight cheese ‘families’ and all of France’s many cheeses can be categorised as one of;

But there are lots of different types of, for example, goat’s cheese.

And here’s where it gets complicated, for two reasons.

The first is that new varieties of cheese are constantly being invented by enterprising cheesemakers (including some which come about by accident, such as le confiné which was created in 2020).

The second is about labelling, geography and protected status.

France operates a system known as Appellation d’Origine Contrôlée (AOC or its European equivalent AOP) to designate food products that can only be made in a certain area.

As cheese is an artisan product, quite a lot of different cheese are covered by this – for example a blue sheep’s milk cheese is only Roquefort if it’s been aged in the caves in the village of Roquefort.

There are 63 listed AOC cheeses in France, but many more varieties that don’t have this protected status.

These include generic cheese types such as BabyBel and other cheeses that are foreign in origin but made in France (such as Emmental).

But sometimes there are both AOC and non-AOC versions of a single cheese – a good example of this is Camembert.

AOC Camembert must be made in Normandy by farmers who have to abide by strict rules covering location, milk type and even what their cows eat.

Factory-produced Camembert, however, doesn’t stick to these rules and therefore doesn’t have the AOC label. Is it therefore the same cheese? They’re both called Camembert but the artisan producers of Normandy will tell you – at some length if you let them – that their product is a totally different thing to the mass-produced offering.

There are also examples of local cheeses that are made to essentially the same recipe but have different names depending on where they are produced – sometimes even being on opposite sides of the same Alpine valley is enough to make it two nominally different cheeses.

All of which is to say that guessing is difficult!

Most estimates range from between 600 to 1,600, with cheese experts generally saying there are about 1,000 different varieties.

FOOD & DRINK
From crêpes to cassoulet: The ultimate food map of France
Url copied to clipboard!