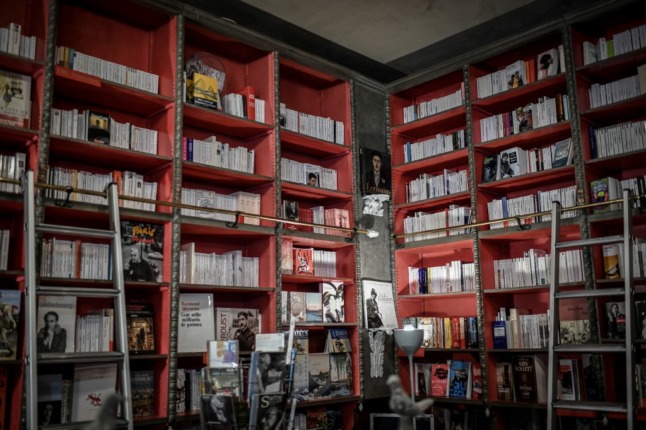 As the five-year mandate of France’s government draws to a close, ministers have been setting pen to paper – and not just on official documents.

Here’s a look at the new releases:

Prolific writer and Citizenship Minister Marlène Schiappa is set to bring out her latest novel on October 6th. Sa façon d’être à moi (His way of being to me) will interrogate timely political questions, ranging from workplace harassment to environmental policy and greenwashing.

Keeping with the theme of feminism: Élisabeth Moreno, the Gender Equality Minister, and Agnès Pannier-Runacher, the Industry Minister, are reportedly  collaborating to produce a passionate argument for gender equality.

According to UNESCO figures, France’s schools were fully or partially shuttered for just 12 weeks of the Covid-19 pandemic, representing the shortest school closures in the European Union.

Blanquer’s Minister Delegate for Youth and Engagement, Sarah El Haïry, has also been hard at work putting together a new book. Set to be released on October 20th, the semi-autobiographical Envie de France (Desire of France) will explore El Haïry’s vision of citizenship, including reflections upon her own Franco-Moroccan heritage.

Housing Minister Emmanuelle Wargon is also merging the personal and the political. Her 432-page memoir-manifesto explores themes of solidarity, fraternity, and political struggle. Advocating perseverance in the face of crisis, Bienvenue en politique, à ceux qui sont tentés de renoncer (Welcome to politics, to those who are tempted to give up) will be released on September 22nd.

Meanwhile, Olivia Grégoire, Minister of State for the Social, Inclusive and Responsible Economy, has written an essay outlining her vision for a citizen-focused capitalism. Et après ? Pour un capitalisme citoyen (And afterwards? For a citizen capitalism) will be released on October 21st, and rumour has it, according to Le Parisien, the preface may be penned by none other than President Emmanuel Macron himself.

Le Parisien also reports that Grégoire’s boss, Finance Minister Bruno Le Maire, is working on his 14th book, although neither the subject nor the publication date has yet been revealed.

This would mark Le Maire’s fourth book since his arrival at the Finance Ministry in May 2017. His latest work, L’Ange et la Bête: Mémoires provisoires (The Angel and the Beast: Provisional Memoires), was released just this January, sparking a literary stir through its personal revelations, as well as its poetic description of Emmanuel Macron’s piercing blue gaze (click here for an extract).

Adrien Taquet, the Children and Families Minister, is also said to be working on a text, but details remain unknown.

Literary ambition is nothing new for France’s politicians, who have published everything from political manifestos to romantic novels and erotica.

One book that few claim to have read, however, is an unpublished romance novel reportedly written by a young Emmanuel Macron about the love of his life, Brigitte.