“There is no doubt that the Faroese whale hunts are a dramatic sight to people unfamiliar to the hunts and slaughter of mammals,” a government spokesman told AFP.

“The hunts are, nevertheless, well organised and fully regulated,” he said.

Traditionally, the North Atlantic islands — which have a population of around 50,000 people — hunt pilot whales and not dolphins, the spokesman said.

“There are usually a few of them in the ‘grind’, but we normally don’t kill such a large number,” said a local television journalist, Hallur av Rana.

The “grindadrap” is a practice whereby the hunters first surround the whales with a wide semi-circle of fishing boats and then drive them into a bay to be beached and slaughtered.

“It looks quite extreme and it took some time to kill them all, while it’s usually pretty quick,” av Rana said.

Photos showing the bloodied corpses of more than 1,000 Atlantic white-sided dolphins on the beach sparked outrage on social media.

According to av Rana, although some 53 percent of the islands’ population are opposed to hunting dolphins, there are no plans to abolish the practice. The authorities insist it is a sustainable way of hunting.

Sea Shepherd, a charity that campaigns against the hunting of whales and dolphins, described it as a “barbaric practice”.

According to local estimates, there are around 100,000 pilot whales in the waters around the Faroe Islands and around 600 were killed last year.

Prime Minister Mute Egede, who favours autonomy but not independence, said the ruling coalition had agreed to a reshuffle after a controversial interview by the minister of the autonomous Arctic territory.

Broberg was named business and trade minister and Egede will take on the foreign affairs portfolio.

The prime minister, who took power in April after a snap election, underscored that “all citizens in Greenland have equal rights” in a swipe at Broberg.

Broberg in an interview to Danish newspaper Berlingske said he wanted to reserve voting in any future referendum on independence to Inuits, who comprise more than 90 percent of Greenland’s 56,000 habitants.

“The idea is not to allow those who colonised the country to decide whether they can remain or not,” he had said.

In the same interview he said he was opposed to the term the “Community of the Kingdom” which officially designates Denmark, the Faroe Islands and Greenland, saying his country had “little to do” with Denmark.

Greenland was a Danish colony until 1953 and became a semi-autonomous territory in 1979.

The Arctic territory is still very dependent on Copenhagen’s subsidies of around 526 million euros ($638 million), accounting for about a third of its budget.

But its geostrategic location and massive mineral reserves have raised international interest in recent years, as evidenced by former US president Donald Trump’s swiftly rebuffed offer to buy it in 2019.

READ ALSO: US no longer wants to buy Greenland, Secretary of State confirms

Though Mute Egede won the election in April by campaigning against a controversial uranium mining project, Greenland plans to expand its economy by developing its fishing, mining and tourism sectors, as well as agriculture in the southern part of the island which is ice-free year-round. 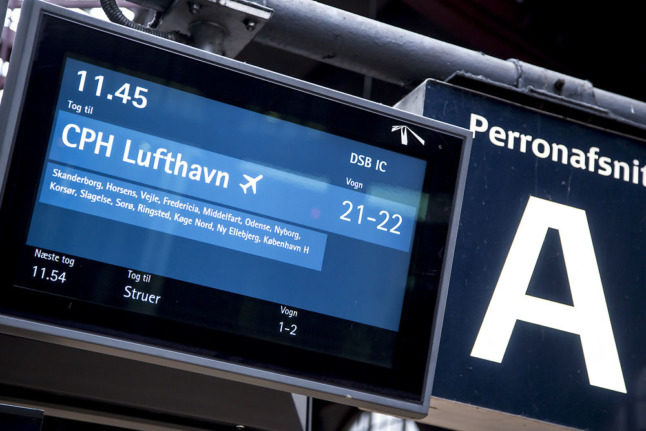