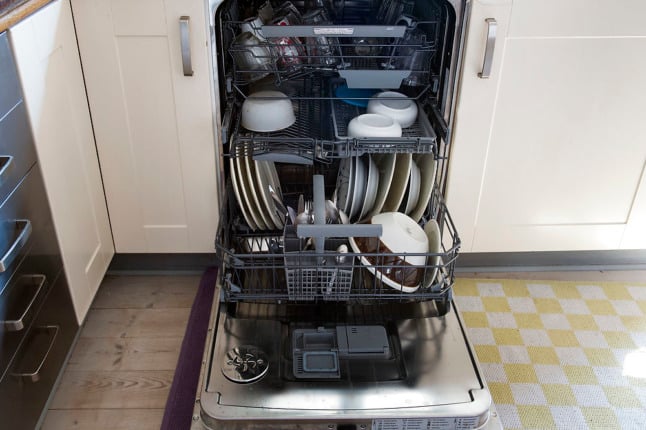 There are a few things worth knowing if you want to minimise the imprint of your outgoing dishwasher or refrigerator in Denmark.Photo: Liselotte Sabroe/Ritzau Scanpix

Domestic appliances (hårde hvidevarer in Danish) such as washing machines, dishwasher or refridgerators – can normally be scrapped by dropping them off at municipal junkyards (lossepladser).

In some residential areas appliances can also be left at designated areas for large household waste (storskrald) collection. These are often fenced off and locked and can only be accessed by people who living in the connected housing, for example in apartments managed by housing associations (boligforeninger).

At these locations, there will normally be containers or signs showing where other types of waste can be left for collection, such as cardboard, metal and fabrics.

It is important that cables are not cut off or otherwise removed from appliances before they are dumped.

Many appliances which are otherwise recyclable cannot be reused because their cables have been cut off, according to Elretur, a producer responsibility organisation. An analysis conducted by Econet on behalf of the organisation found a large number of appliances were not being efficiently reused for this reason.

As many as 12 percent of domestic appliances cannot be reused for this reason.

That is because once the cables have been removed, the product cannot be renovated and prepared for resale on the second-hand market. That means it enters the waste system instead of being recycled.

“Products without a power cable, because it has been cut off, cannot be reused and are therefore lost to the circular economy,” Elretur director Morten Harboe-Jepsen told news wire Ritzau.

The Environmental Protection Agency, which comes under the Danish Ministry of Environment, says that around 500 tonnes of power cables find their way to the wrong municipal waste containers annually due to incorrect sorting.

“One of the (problems) is that people are often misinformed that the cable must be sorted into a different category than where you leave out your domestic appliances,” Harboe-Jepsen said.

“That makes some people cut off the cables under the conviction that this is the right thing to do. But it isn’t (correct),” he added.

As such, the organisation was keen to spread the message about leaving the cables attached, he explained.

“The products left out for scrap should be kept as complete as possible for as long as possible so we have a chance of sorting them into ones that can be returned to the market through reparation,” he said.

READ ALSO: Denmark throws away too much plastic, recycling could save millions: report