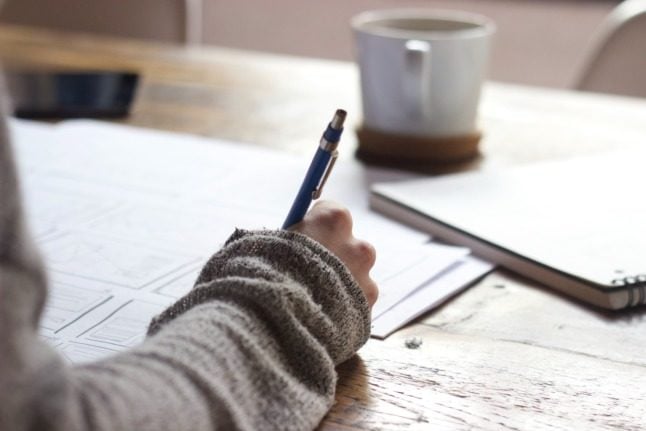 Photo by Green Chameleon on Unsplash

Fairly often, you can say a French word with an English accent, or vice versa, and make yourself understood. When this method of translation falls down, however, it can create some pretty confusing results, and sometimes even official groups or governments are not immune.

In French, global means worldwide, as you’d expect, but also comprehensive/overall. Using global or globalement, then, doesn’t necessarily mean that all countries are involved.

The correct translation would be: La situation est globalement satisfaisante – Overall, the situation is satisfactory.

Normalement does mean ‘normally’, but it also has an extra meaning of ‘if all goes to plan’ or ‘all being well’.

In the context of Covid-19, this is how you can end up with a French-influenced English nonsense sentence like: ‘Normally, the case numbers will go down.’ What the French-speaker means to say is that ‘if all goes to plan/if present trends continue, the numbers will go down’.

Normalement, il viendra demain – If all goes well, he will come tomorrow.

In everyday life, you might find yourself running late because the Metro is perturbé.

In this case, it’s likely that the underground rail system is disrupted. The English word perturbed, on the other hand, means worried or psychologically troubled. If you want to express this in French you would probably say je suis troublée or je suis bouleversé.

The context of Covid-19 has thrown up some particularly interesting French-ified English words and phrases.

Intensive care is called réanimation in French, sometimes shortened to réa. However, if this gets translated directly as ‘reanimation’, it  sounds more like you’re raising the dead than fighting to keep people alive.

Then, of course, we have the classic gestes barrières – barrier gestures. The direct English translation of the phrase likely doesn’t make Anglophones in France bat an eyelid at this point, though it’s basically unheard of in English-speaking countries, where we’d be more likely to discuss ‘safety measures’ as an umbrella term for things like wearing masks, using hand gel and social distancing to reduce your chances of getting Covid.

In English we might talk about solitary confinement – which in French is isolement – in prison, but the idea of ‘going into confinement’ still evokes the traditional practices of postpartum confinement, which saw women shut off from their communities and on bed rest for multiple weeks after childbirth.

Un confinement plus strict entrera en vigueur vendredi soir – A stricter lockdown will be implemented from on Friday evening.

Moving on from childbirth, there’s also various sexual minefields that you can encounter if you try to translate too literally.

Beyond the classic pitfall of being excité – aroused – rather than excited, there’s a whole host of false friends out there.

In French, for example, préservatifs – condoms – are an important form of contraception. In English, preservatives – translated into French as conservateurs – are what keep your food from spoiling.

Similarly, hand-drawn art or animation may be described as graphique – related to the graphic arts. In English however, a ‘graphic video’ suggests explicit violent and/or sexual content.

The workplace, too, offers a host of literal translation pitfalls.

French formalities – which can be rather wordy – tend to sound a little odd when rendered literally in English. In fairness, email etiquette is hard enough in your native language, but that doesn’t mean we can’t appreciate the entertainment value.

My personal favourite, found in a friend’s professional correspondence, remains: ‘You will find in joint piece’ – a direct translation of Veuillez trouver en pièce jointe, the equivalent of ‘Please find attached’.

Talking of French formalities, the traditional sign-off to a letter or a formal email should not be attempted to be translated literally, otherwise you will end up sound like a refugee from the 18th century as you offer your ‘distinguished salutations’ to your correspondent.

Speaking of formalities, cher or chère, although usually translated as ‘dear’ also has a more formal use in French. It’s common for high-ranking French politicians such as the president or prime minister to begin speeches to the nation with Mes chers compatriotes or Mes chers concitoyens, while it would be very unusual for anglophone politicians to start with ‘my dear compatriots’ or ‘my dear fellow citizens’.

In the below tweet, Emmanuel Macron is simply using a formality to tell people that he will be making a speech at 8pm.

You will also hear politicians on state visits refer to each other as cher or chère, which to English ears sounds very over-familiar.

In the below tweet it doesn’t mean that France’s Europe Minister Clement Beaune is hitting on his Irish counterpart Thomas Byrne when he calls him cher, it’s simply an expression of respect.

Of course, you know that you’ve truly gone native when you start making these errors yourself and telling people that you were late because the Metro was globally perturbed.

How do I find a reliable plumber and avoid getting scammed?

First, try to stick with word-of-mouth if you can. Contact trusted individuals or resources, like your neighbours and friends, or foreigner-oriented Facebook groups for your area (ex. “American Expats in Paris”). This will help you find a more reliable plumber. If this is not an option for you, try “Pages Jaunes” (France’s ‘Yellow Pages’) to see reviews and plumbers (plomberie) in your area.

Next, educate yourself on standard rates. If the situation is not an emergency, try to compare multiple plumbers to make sure the prices are in the correct range.

Finally, always Google the name of the plumber you’ll be working with – this will help inform you as to whether anyone else has had a particularly positive (or negative) experience with them – and check that the company has a SIRET number.

This number should be on the work estimate (devis). You can also check them out online at societe.com. If you want to be extra careful you can also ask to see their carte artisan BTP (craftsman card).

READ MORE: What is a SIRET number and why is it crucial when hiring French tradesmen?

Who is responsible for paying for work?

If you own the property, you are typically the one who is responsible for financing the plumbing expenses.

However if you’re in a shared building, you must determine the cause and location of the leak. If you cannot find the origin of the leak, you may need a plumber to come and locate it and provide you with an estimate. You can use this estimate when communicating with insurance, should the necessity arise.

If you are a renter, the situation is a bit more complicated. Most of the time, water damage should be the landlord’s responsibility, but there are exceptions.

The landlord is obliged to carry out major repairs (ex. Natural disaster, serious plumbing issues) that are necessary for the maintenance and normal upkeep of the rented premises (as per, Article 6C of the law of July 6, 1989). The tenant, however, is expected to carry out routine maintenance, and minor repairs are also to be paid by the tenant. If the problem is the result of the tenant failing to maintain the property, then it will be the tenant’s responsibility to cover the cost of the repair.

Legally speaking, it is also the tenant’s responsibility to get the boiler serviced once a year, as well as to maintain the faucets and joints, and to avoid clogging the pipes.

READ MORE: Assurance habitation: How to get home insurance in France

If you end up in dispute with your landlord over costs, you can always reach out to ADIL, the national Housing Association which offers free legal advice for housing issues in France.

What happens if the leak is coming from my neighbour’s property?

Both you and your neighbour should contact your respective housing insurance companies and file the ‘sinistre’ (damage) with them.

If you both agree on the facts you can file an amiable (in a friendly fashion), then matters are much more simple and you will not have to go through the back-and-forth of determining fault.

If having a friendly process is not possible, be sure to get an expert to assert where the leak is coming from and file this with your insurance company.

As always, keep evidence (lists and photographs) of the damage. Keep in mind that many insurance providers have a limited number of days after the start of the damage that you can file. Better to do it sooner than later, partially because, as with most administrative processes in France, it might take a bit of time.

Plumbing has its own technical vocabulary so here are some words and phrases that you’re likely to need;

Hello, I have a leak in my home. I would like to request that a plumber come to give me an estimate of the damage and cost for repairs – Bonjour, j’ai une fuite chez moi. Je voudrais demander qu’un plombier vienne me donner une estimation des dégâts et du coût de la réparation.

It is an emergency: C’est une urgence

I have no hot water: Je n’ai pas d’eau chaude

The boiler has stopped working: La chaudière ne fonctionne plus.

When can you come? Quand est-ce que vous pouvez venir?

How long will it take? Combien de temps cela prendra-t-il ?

How much do you charge? Quels sont vos prix? / Comment cela va-t-il coûter?

How can I pay you? Comment je peux vous payer ?

Here are the key French vocabulary words for all things plumbing-related:

And finally, do you know the French phrase Sourire du plombier? No, it’s not a cheerful plumber, it’s the phrase used in French for when a man bends down and his trouser waistband falls down, revealing either his underwear or the top of his buttocks. In Ebglish it’s builder’s bum, in French ‘plumber’s smile’.