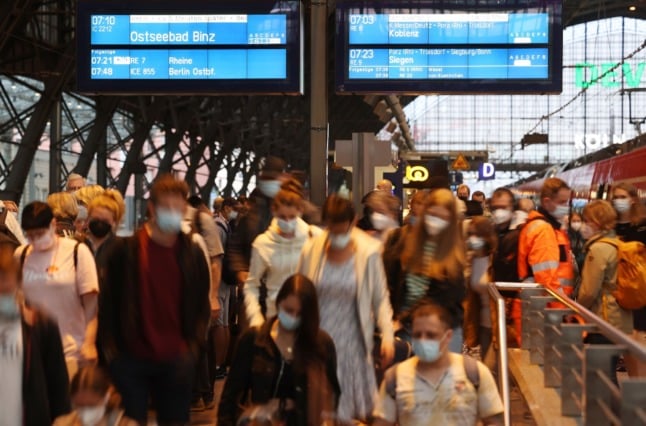 Deutsche Bahn (DB) is returning to its regular schedule after a five-day strike on passenger rail that wreaked havoc on travel across the country.

But the rail operator and the GDL union still haven’t reached a deal on their pay and conditions dispute, meaning there could be more strike action.

Regional, long-distance trains and the S-Bahn were up and running again early on Tuesday after union members downed their tools last week.

A DB spokeswoman said there could still be some disruption on the train network as it gets back to normal operations.

READ ALSO: How the German rail strikes could affect you

The third and so far longest round of strikes in the current wage dispute led to far-reaching restrictions in freight and passenger traffic.

However, the union has already shown that it can go even longer: the GDL’s longest round of industrial action in a collective bargaining dispute to date lasted 127 hours in passenger traffic and 138 hours in freight traffic.

That was in May 2015 – and it was not until two months later that a collective agreement was reached. The strike that has now ended lasted 110 hours for passenger services and 118 hours for freight services. This makes it the second-longest strike in the history of Deutsche Bahn.

And there is no agreement in sight as yet.

GDL leader Claus Weselsky said Monday that it was up to the management of Deutsche Bahn to decide whether there would be another labour dispute.

Both sides were due to take stock of the recent action and decide how they want to go forward.

READ ALSO: Germany’s train strikes: What rights do you have as a passenger?

What’s the dispute about?

Deutsche Bahn, meanwhile, had offered to phase in a 3.2-percent wage increase in two steps, but wants to apply it in 2022 and 2023 following a pay freeze this year. The company has also agreed to consider proposals for a Covid bonus, but has not yet named a figure.

There is also a dispute about the pension scheme.

As well as these issues, the dispute also concerns the law on collective bargaining unity and the GDL’s influence within the group.

The law came into force in 2015 and it stipulates that in a company with several unions, only the collective agreement of the employee representation with the most members is applied. In most of Deutsche Bahn’s 300 or so operations, the group considers this to be the Rail and Transport union (EVG) – not the GDL.

Weselsky therefore feels compelled to extend the GDL’s circle of influence to other trades and become the majority union. In addition to train crews, he also wants to negotiate for other employees in infrastructure and administration – areas that have traditionally been represented by the EVG.

Shortly before the end of the strike, Weselsky reiterated his demand for an offer that would enable the union to conclude a collective agreement for all members in the various rail operations.