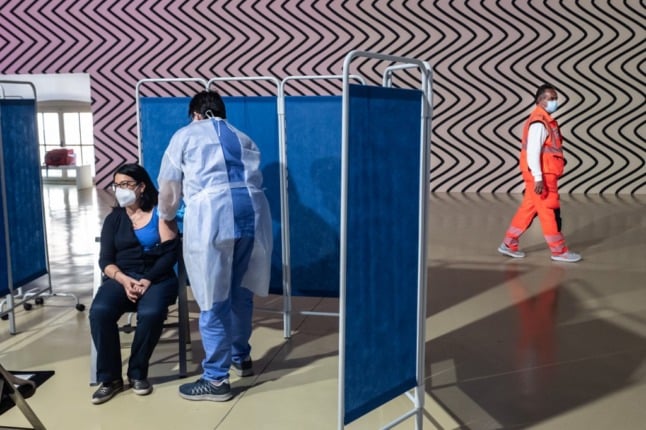 The Italian government will make a third dose available to “fragile patients” in Italy from September, which includes cancer and transplant patients, Italian Health Minister Roberto Speranza announced at a news conference on Monday.

It’s a move backed by the European Centre for Disease Prevention and Control (ECDC), which has stated in its latest September report that the provision of additional vaccines should “remain the current priority” in the EU and EEA.

After the group most in need of a third dose, Speranza went on to say that the next target group will be the over-80s and health personnel, “which are the first categories who have received the vaccine and from which we will start”.

READ ALSO: Why September will be the ‘decisive’ month for Italy’s Covid vaccination campaign

“Young people are getting vaccinated more than other generations and this is a very good message. Italy’s numbers are positive and important but we need to grow even more,” he added.

Recent data analysis by Italian healthcare watchdog GIMBE has shown that the vaccination rate among younger age groups is consistently rising, and coverage among those in the 20-29 age range is now higher than that recorded for 30-39 and 40-49 year olds.

Speranza’s statement came at the end of a meeting of health ministers from G20 countries in Rome, at which they.passed the ‘Rome Pact’ pledging to make Covid-19 vaccines available to the whole world.

“The Rome Pact was unanimously approved by all of the G20 countries,” Italian Health Minister Roberto Speranza told a news conference at the end of the two-day meeting.

While Italy begins administering a third dose, the G20 countries – the world’s largest economies – have committed to “take the (COVID-19) vaccines to the most fragile countries”, stated Speranza.

The Health Minister called for a so-called ‘One Health’ approach, “looking at human beings, animals and the environment as a single ecosystem to respond to the health emergencies of today and tomorrow”.

“The first point in investment in health systems,” he added. “We want to defend the universal framework – you have the right to be treated regardless of your class or race.”

The decision to begin a third dose rollout was first announced at a press conference on Thursday, at which Italian Prime Minister Mario Draghi also confirmed the government is considering whether to make Covid vaccinations obligatory as the country strives to meet its immunisation targets this month.

Italy aims to have 80 percent of the population over 12 years old vaccinated by the end of September. The current figure as of Tuesday stands at 72 percent, according to the latest government data.

Draghi confirmed that he was in favour of mandatory vaccines, while Speranza said an obligation to get vaccinated in Italy “is already in place for healthcare personnel, so in reality it already applies to part of our society”.

In fact, Italy passed a law in April making vaccination compulsory for anyone working in public or private social health positions, including in pharmacies and doctors’ offices. If they refused, they would be suspended without pay, unless their employer can reassign them to a non-public facing position.

On September 1st, authorities introduced a separate requirement for all school staff to show proof of vaccination, recovery or a negative test result under the ‘green pass’ health certificate scheme.

READ ALSO: How Italy has tightened the ’green pass’ rules in September

The government is also expected to announce a further expansion, which would make the pass mandatory for employees at workplaces considered essential, including public offices and supermarkets.

President of the Italian employers’ confederation, Confindustria, Carlo Bonomi stated that the move was necessary to make places of work safe.

“We are for the adoption of the green pass, mandatory in the workplace and this has opened a discussion,” he added.

For more information about the current coronavirus situation and health measures in Italy please see the official health ministry website (in English).