Abba notched up over 400 million album sales over 50 years despite parting ways in 1982 and resolutely resisting all offers to work together again – until now.

“We have made a new album with Abba!” the band’s Björn Ulvaeus and Benny Andersson announced via a video presentation in London, delivering the news fans have waited decades for.

The pop maestros had a string of hits in the 1970s and early 1980s after winning Eurovision in 1974 with Waterloo.

But on Thursday, Ulvaeus and Andersson put an end to the suspense, following hints that something was in the pipeline.

After the video announcement, both men appeared in person, dressed in black, for a presentation of the forthcoming album.

“The album is in the can now, it’s done,” said Andersson, describing the group’s return to the studio, against the spectacular backdrop of the view from the top of London’s ArcelorMittal Orbit tower.

“We’ve done as good as we could at our age.”

The pair looked relaxed and described their reunion as very friendly.

“No imagination could dream up that: to release a new album after 40 years and still be the best of friends,” said Ulvaeus.

“It’s the most fun thing you can do: to write songs,” he added.

The album will come out on November 5th, the musicians said, with the show expected in May 2022.

The now septuagenarian stars of pop classics such as Dancing Queen, The Winner Takes It All and Take a Chance on Me, last recorded new music together in the 1980s.

British radio presenter Zoe Ball, hosting the interview, said: “This is huge: yes Abba are back together officially.”

She hailed this as “one of the biggest reunions ever”.

The presentation came after the group – Anni-Frid Lyngstad, 75, Agnetha Fältskog, 71, Ulvaeus, 76, and Andersson, 74 – announced on Twitter last week: “Thank you for waiting, the journey is about to begin.”

The Swedish pop icons had announced they were returning to the studio in 2018, saying: “We all four felt that, after some 35 years, it could be fun to join forces again and go into the recording studio.”

Two new songs – I Still Have Faith In You and Don’t Shut Me Down – were played in London Thursday, featuring the band’s characteristic sound.

Acknowledging their age, the musicians said they were not trying to imitate contemporary stars.

“We’re not competing with (Canadian rapper) Drake and all those other guys,” said Andersson.

Watch and listen to I Still Have Faith In You in the video below. If the video doesn’t work, you can click HERE to watch on YouTube:

The musicians also described the process of being transformed into digital avatars using hologram technology for a new show set to launch in London next year.

They described how they were photographed in leotards to create the avatars for the show called Abba Voyage which will play at a theatre being built close to the presentation venue in east London’s Queen Elizabeth Olympic Park.

He said the show will feature the group as “digital characters” in 1979 when they were “in their prime”. They will look “perfectly real”, he said.

The show is “technically immensely complicated, the screen, the sound, all the lights”, he added.

Watch and listen to Don’t Shut Me Down in the video below. If the video doesn’t work, you can click HERE to watch on YouTube:

It will feature 22 songs, mostly the group’s classic hits, and last 90 minutes, the musicians said, with tickets going on sale later this month.

The group broke up in 1982 by which time both of the quartet’s married couples were divorced.

They long steered clear of a reunion despite their music’s enduring popularity, fuelled by a hit compilation album in 1992, the Mamma Mia musical and later spin-off films starring Meryl Streep, Colin Firth and Pierce Brosnan.

“There is simply no motivation to regroup. Money is not a factor and we would like people to remember us as we were,” Ulvaeus said in a 2008 interview.

According to Celebrity Net Worth, each member of Abba is worth between $200-300 million. In 2000, they turned down a $1 billion offer to perform a 100-show world tour.

“They’re very independently wealthy so I don’t think it’s because of the money,” Swedish Abba expert and author of several books on the group Carl Magnus Palm said of their comeback in a comment to AFP.

What do you think of the new Abba songs? Let us know in the comments below! 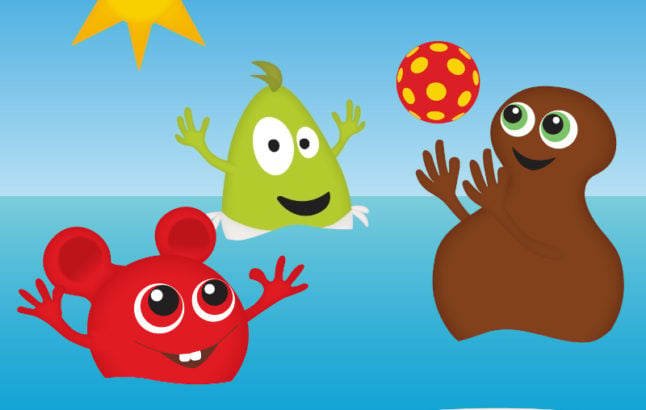 Come little one, the pillow awaits. No more reading, Babba, it’s time to go to bed – this repetitive modern lullaby is deceptively simple and soothing, loved and hated in equal measure by parents in Sweden.

Loved, because it puts the most energetic of babies to sleep. Hated, because afterwards, you’ll be lying there in the dark in your own bed, the lyrics playing softly but insistently on repeat in your head. When you finally remember the order of the characters and their pre-bedtime activities (hint: it’s Babba [reading], Bibbi [listening], Bobbo [playing], Dadda [climbing], Diddi [drawing], Doddo [getting up to mischief]), congratulations, you’ve made it as a parent in Sweden.

The characters were originally created in the 1980s to facilitate children’s language development, but they got a rebirth in the 2000s with a television series for SVT and several new songs. Your children will be able to name them all and they will expect you to do the same. Who knew parenthood was this joyous.

Alice Tegnér is a name you need to know, because she’s the woman who’s to thank or blame for most of the Swedish children’s musical canon. Born in 1864, she was a music teacher from the town of Karlshamn in southern Sweden and composer of some of the country’s most well-known children’s songs.

This one is about a squirrel who, just as he was sitting down in a spruce to peel some pine cones, gets startled by the sound of children, falls from his branch and hurts his fluffy tail. That’s it, that’s the plot.

Another one of Tegnér’s greatest hits, this one tells the story of Olle, who runs into a bear when out picking bilberries. To cut a long story short: he feeds the bilberries to the bear, his mother screams and the bear runs off, Olle gets upset that mummy scared his ostensibly only friend.

It’s based on a true story. In 1850, newspapers wrote about how Jon Ersson, then one year and seven months, met a couple of bear cubs at Sörsjön, Dalarna, and fell asleep next to them in the lingon shrubs. Ersson in his 30s emigrated to Minnesota where he was hit by lightning and died. Luck only lasts so long.

Prästens lilla kråka, the priest’s little crow (optionally mormors/farmors lilla kråka – grandma’s little crow, or whoever wants to claim the crow), wanted to go for a ride but no one was around to give her a lift. So she took matters into her own hands, but, presumably lacking a driving licence, she slid THIS way and then she slid THAT way and then she slid DOWN into the ditch. Sung while rocking the child to one side, to the other side and then playfully dropping them to the floor.

It often also makes an appearance as a dance around the Maypole on Midsummer’s Eve.

Astrid Lindgren is not only one of the world’s most famous children’s authors, she is also behind many of the most well-known Swedish songs for children, featuring her beloved characters.

This one starts off “Lille katt, lille katt, lille söte katta. Vet du att, vet du att, det är mörkt om natta” (little cat, little cat, little sweet cat. Do you know, do you know, it’s dark at night – it rhymes in Swedish), followed by similar verses about other animals and family members. It is sung by Ida, the little sister of prankster Emil in the books and films about Emil of Lönneberga. Jazz musician Georg Riedel composed the music, as well as the music for several other Lindgren movies.

These five songs do not even begin to form an exhaustive list of Sweden’s wide, wide, wide repertoire of children’s songs. Which ones can you not get out of your head? Let us know in the comments below!