The bulk of responsibility perhaps lies with governments, but we can all contribute to a greener world. Photo: Alexandr Podvalny/Pexels

We asked The Local’s readers to share their best tips for living an environmentally-friendly life. The points below are all based on the tips that they gave us. We’re all different, so some of them may work for you, others won’t. But every little helps, so here are a few ideas.

There have been several campaigns in recent years to get people to cut down on their flying, but avoiding it completely is near-impossible for many international residents, who may have have family and friends in several different countries or need to travel for business reasons.

But are there ways of flying more sensibly? Many of our readers said they had made efforts to plan their visits home better, for example by making longer and fewer trips. Some suggested trying to combine for example work and leisure trips if possible.

Use other means of transport

If the option is available to you, can you take the train instead of a short-haul flight? Or are you able to travel directly to your destination instead of using connecting flights?

One reader who has to fly outside Europe said that when they return to Europe they would normally have to take a connecting flight, but have changed the way they travel in recent years to fly only the first leg into Europe, then take a train to their final destination.

For some, perhaps it’s not so much about giving up a convenience, but rather about investing in other benefits. Another reader said about taking the train: “It can be more expensive than flying, but I look at it as time to work or read in a comfortable setting.”

That goes for your commute, too

Public transport is very good and efficient in many European cities, often even more efficient than being stuck in a car on your way to work during the morning rush hour.

Can you cycle to work? It may seem unnecessarily strenuous for an early-morning commute, but many of The Local’s readers said they had found it fun and rewarding once they got into it. There are bike schemes available in several cities, if you don’t have your own bike.

Can your employer help?

Not everyone has the time to spend an extra few hours on the train, or indeed the extra cash – and neither public transport nor biking is a viable option for every single person.

Are there other ways? Some employers, although we realised they are probably rare, offer extra days of vacation to allow employees to travel to their home country in a more environmentally-friendly way, for example by train. Or can you ask your employer for a salary bonus if you cycle to work, or use public transport, instead of driving? The answer may be no, but it’s always worth asking. While working from home has not been possible for everyone during the pandemic, for some workers and businesses it has opened up a whole new approach to the work day.

Even if it was difficult from the start, perhaps you and your company have even adapted to home working so much by now that you may want to continue. Video meetings may help you stay in touch with colleagues and avoid that daily commute at the same time.

Of course, being present in the office has its benefits too, not just in terms of work efficiency but also your own mental health, if home working gets too lonely for you – perhaps a work-from-home-and-occasionally-office hybrid option would work best for you.

Livestock production is one of several major sources of methane emissions, which according to the IPCC’s latest report have contributed significantly to global warming. Cutting down on your meat consumption is an easy way of reducing your own carbon footprint.

It doesn’t have to be boring! Many readers found that changing their food habits had given them an opportunity to try out new cuisines, and several Indian readers got in touch to recommend the variety of vegetarian food in recipes from their home country.

Cut down on your waste

Whether you’re a meat eater, vegan or something in between, being more mindful about your food consumption is a way of reducing your personal impact on climate change.

Think about what works best for you. One reader recommended doing a larger grocery run that will keep you going for a week or two to save fuel. Another suggested the opposite: go grocery shopping more often to avoid the risk of food items being left in the fridge because they’ve gone bad or you’re no longer in the mood for them.

In any case, try not to let food go to waste. You could pick one or two days a week when you make a meal consisting entirely of leftovers or food close to its shelf life. Slightly lifeless vegetables can still be frozen and tossed into a soup or a stew at a later stage.

Or, failing that, compost what you have to throw out.

What would your grandma do?

Finally, are there any “old” tips from your home country that could be revamped and used today? Many of our grandparents in fact lived more sustainably than we do today. Can you mend your clothes instead of throwing them away and buying new ones?

One reader in Sweden suggesting adapting sustainable customs you remember from your home country to your new situation. They said: “For example: in India, we try to dry clothes outside instead of using the dryer. As it is usually very dry in winters in Swedish apartments, you can dry clothes effectively by keeping them near the radiator.” 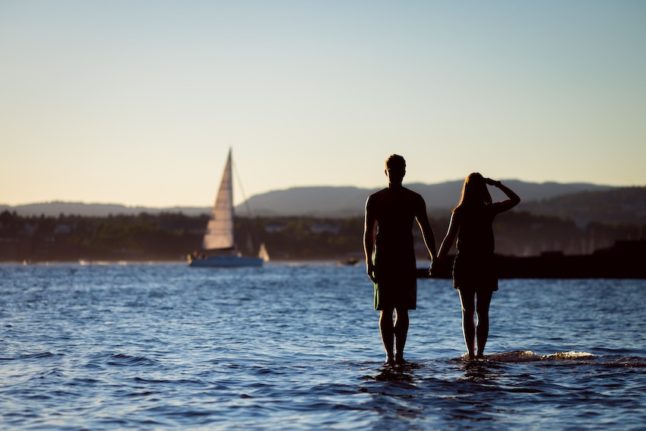 Obviously, the cultural differences which crop up will vary depending on whether you, the non-Norwegian partner, are from Belgium or Brazil, Germany or Ghana, Shanghai or Sweden, but we want to collect as many experiences of relationships with Norwegians, and as much advice for other foreigners as possible.