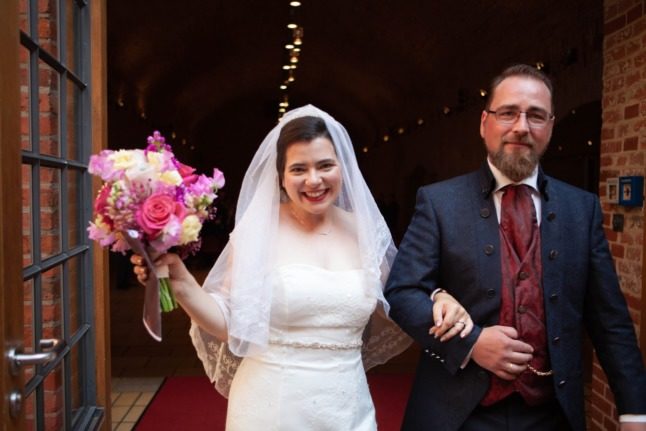 Germany’s ‘Superwahljahr’ (super election year) culminates on September 26th with state elections in Mecklenberg-West Pomerania and Berlin, as well as the federal vote that will finally settle the question of who succeeds Chancellor Angela Merkel.

In parliamentary and state elections, only German citizens are allowed to vote. So this year lots of foreigners will be casting their ballot for the first time after securing citizenship.

READ ALSO: Who can vote in German elections?

Brexit propelled a record number of Brits to get German citizenship in the years since 2017 – the last time Germans voted nationally and the same year as the UK formally triggered the Article 50 process to leave the European Union. With those fortunate enough to have applied to become German before the Brexit deadline, meaning they can have dual British and German citizenship, they’re now faced with a new decision – how to vote here for the first time.

With Berlin state elections and a major referendum on housing in the city happening the same day, Brit-German Berliners, like Neil Tarrant, will have up to six votes to cast on September 26th.

“There’s so much to research for us in Berlin right now,” says Tarrant, 37, a software developer who grew up on the UK’s Isle of Wight and who received his first German passport in late 2020. “I could easily see myself voting for different parties locally and nationally. But I’ve been finding it a bit hard to find information on all my local candidates.”

Some of the topics that foreigners in Germany will be thinking about is the handling of the pandemic, climate change, housing, transport, jobs and tax, as well as local issues concerning where they live.

READ ALSO: Life after Merkel – Is Germany ready to think about what’s next?

Having cast my own first German ballot in 2013, I remember the mix of excitement and nerves walking into the polling station. Similar to the UK, voting in my native Canada is more straightforward. Put a single cross next to one name and put your ballot in the box. However, Canada and the UK have electoral systems in which many votes don’t ultimately influence the final result.

By contrast, the German ballot was larger and required me to cast two votes—an “Erststimme” for an individual and a “Zweitstimme” for a party – as part of a complex electoral calculation that aims to have as many votes count as possible, while ensuring each local area is represented by a Member of the Bundestag (MdB).

Germany uses an electoral system called mixed-member proportional representation (MMP). Unlike voting systems like the US, UK or Canada, it aims to give political parties a share of parliamentary seats broadly corresponding to the actual share of votes each party got from the public. A party has to get at least 5 percent of all votes cast to get any seats at all. Political scientists often say it’s a system that sacrifices simplicity in favour of fairness. Coalition governments between at least two different parties are normal.

“It’s very complicated. You definitely have to do your homework. Even the information telling you how to vote by mail is a good-sized booklet,” says Rom Amselberg, 31, a medical doctor from Israel who became a German citizen in July 2021 after more than 10 years here. “But I’ve been looking forward to it for a long time, even if voting is just a small bit of how you get something done in a democracy,” he says.

“Thankfully, I know people who have voted in Germany before and were able to explain the process to me. I would not have understood it otherwise,” says German-American Mirah Gary, 37, whose two grandmothers fled to the United States after Nazi laws stripped them of German citizenship in 1938. In 2019, she became German after applying under a legal provision restoring her right to citizenship.

“I feel like my vote counts for more here than in the UK,” says 33 year-old Rachel Riesner-Marriott, who moved to Germany in 2012, became a citizen in 2018, and married her German husband in 2019. “Where I’m from in the UK is a safe Conservative seat and you can’t really change that. The voting system here (in Germany) means our votes are more likely to count – but I’m glad I don’t have to sort out the actual counting of votes. As I always say, I’m an English teacher, not a maths teacher,” she laughs.

Deciding How to Vote

So how do our surveyed new Germans plan on making their decisions? For most of them, figuring out who to vote for is easier than making sure they understand how to actually vote.

“German elections are more about a party. Elections in Israel are definitely more focused on individual candidates,” says Amselberg. “The Chancellor is obviously important, but I’m a bit more focused on the make-up of Parliament.”

For Gary, her party vote – or “Zweitstimme” – was an easy decision. But she sought out her local candidate from the party she would normally support to speak with them and confirm whether she also wanted to give them her “Erststimme.” “I vote in every election I’m able to vote in and I’m very excited to actually be able to vote in the place I’m living. Of course I did my research.”

For Tarrant though, making up his mind is a little less straightforward. “I definitely plan on playing around a bit with the Wahl-O-Mat to figure it all out,” he says- referring to an Internet-based quiz that helps show potential voters how much they side with each of Germany’s main political parties. “When you grow up in a particular bubble, you also grow up with certain emotional prejudices about who the parties are – many of which don’t have anything to do with their actual policies. I don’t really have those here the same way, so I think I can look a bit more objectively at this election and make a decision based on the policies I want to see.”

For Riesner-Marriott, stopping the far-right Alternative für Deutschland (AfD) weighs heavily in her decision. The AfD are particularly active in her district, and she remembers one campaign sign that especially upset her – a caption that read “New Germans? No thanks, we’ll make our own” over an image of a pregnant woman’s stomach.

“I was in the middle of my citizenship process at the time and I thought: ‘So what am I? A second-class citizen for you?’” she recalls. “It’s important that my vote will count against them.”

Following the national vote on September 26th, political parties will then enter coalition negotiations. If previous German elections are anything to go by, the negotiation process to form a new government can take anywhere from one to six months.

READ ALSO: These are the dates you need to know for Germany’s ‘super election year’

Aaron Burnett is a German-Canadian journalist specialising in international security, as well as European and Canadian politics.

We are running a series of special features ahead of the federal election in Germany. Did you enjoy this article or find it useful? Is there anything else you want us to cover? Let us know