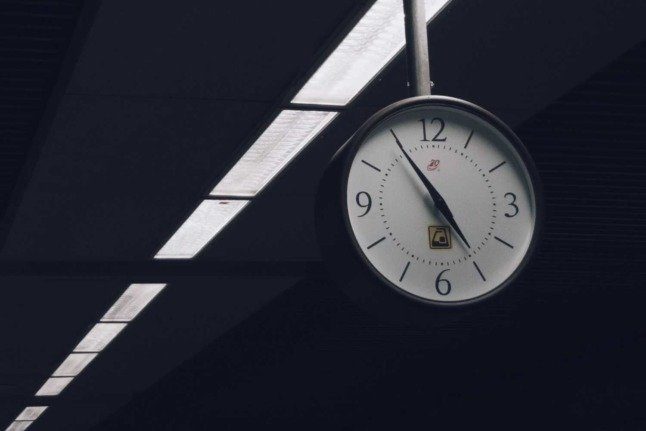 Here is what is set to change in Austria in July. Photo by Majid Rangraz on Unsplash

Here’s what you need to know about changes in Austria in August 2021.

From Tuesday 3rd August, travellers returning to Austria from the Netherlands, Spain and Cyprus will have to present a negative PCR test on arrival.

Fully vaccinated and recovered people – i.e. people who have had the virus recently and who have recovered – with at least one vaccination are excluded, the Austrian press agency APA reports.

Travellers that don’t have a negative PCR test, are not vaccinated or recovered will have to take a PCR test at the airport.

UPDATED: Austria to require mandatory PCR testing for travellers from Spain, Cyprus and the Netherlands

Health Minister Wolfgang Mückstein said: “Around a third of new infections can be traced back to travel, and numerous infections are spread by people who return to travel.”

The new rule applies to Austrian citizens and residents, as well as people who are citizens or residents of other countries.

From Sunday 15th August, the 3G (tested, vaccinated or recovered) rule in Austria is changing.

From this date, only a full course of a Covid-19 vaccination will be accepted as proof of the 3Gs.

This means two doses of an AstraZeneca, Pfizer or Moderna vaccine have to be received before the vaccination certificate can be used for 3G. The date of validity for the certificate is the date of the second dose.

FOR MEMBERS: How is Austria using Covid certificates compared to the rest of Europe?

For those that receive the Johnson & Johnson vaccine, the certificate is valid 22 days after the dose has been administered.

The 3G rule is currently required to access certain places in Austria like bars and restaurants, as well as for travelling overseas.

The highly controversial new fingerprint requirement for ID cards in Austria will come into force from Monday August 2nd.

It means all new cards issued from this date will contain a chip with two fingerprints.

The new rule is compulsory, but old ID cards remain valid until their expiry date.

The reform is a requirement of the EU with the aim to tackle identity fraud, but the move has been criticised by data protection groups.

From Sunday August 1st, energy company E.ON will take over its subsidiary E wie Einfach, including any existing customer contracts.

However, E.ON promises that nothing will change for customers except for the name of their provider.

E.ON has a strong focus on regionality, sustainability and renewable energy.

Travel to the UK to become easier

For British citizens living in Austria, the announcement that fully vaccinated travellers to the UK will no longer have to quarantine is the news they have been waiting for.

The new measure applies to amber list countries (as defined by the UK government) – including Austria.

From Monday August 2nd, people arriving in the UK from amber countries will have to show proof of full vaccination to avoid a 10-day quarantine.

However, travellers will still have to present a negative Covid-19 test on arrival and take another test on day two.

READ MORE: UK to allow fully vaccinated travellers from Europe to skip quarantine (but not tests)