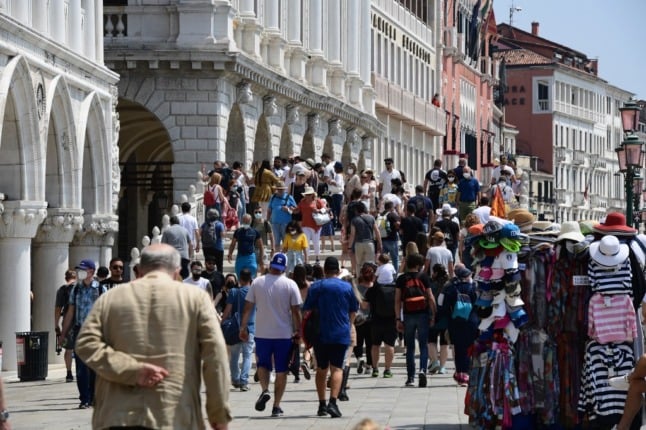 Cases, admissions and deaths due to Covid-19 are increasing again, according to a new report published on Thursday by Italy’s independent health watchdog, the GIMBE Foundation.

“The number of new weekly cases continues to rise, but they are underestimated due to insufficient testing and the failure to resume contact tracing,” said Nino Cartabellotta, the GIMBE President.

“The virus is circulating more than is documented by the new cases identified – we have in fact entered the fourth wave,” he added.

After 15 weeks of decline, deaths have started to increase once more, as the number has increased by 46 percent over the past seven days, rising to 111 from 76 of the previous week.

That makes an average of 16 deaths per day compared to 11 in the week before.

The independent monitoring report also revealed a hike in new cases of 65 percent over the previous week, increasing to 31,963 compared to 19,390. During the week of July 21st – 27th, compared with the previous week, there was a percentage increase in the number of new cases in all the regions except Molise, the findings showed.

And in 40 provinces, the incidence exceeded 50 cases per 100,000 inhabitants – that was previously the threshold in which a region would automatically move into the low-moderate risk ‘yellow zone’.

Hospital admissions rose slightly too, revealing the effects of the Delta variant.

“After the first signs of recovery recorded last week, there is confirmation of a slight increase in admissions, which document the hospital impact of increased viral circulation,” said Renata Gili, head of Health Services Research at the GIMBE.

Covid-19: Italy says whole population will be vaccinated by end of September

Intensive care also noted an increase, as “daily admissions to intensive care continue to grow slowly,” according to  Marco Mosti, Operational Director of the GIMBE Foundation.

The figure rose from 151 on July 14th to 189 on July 27th, although the percentages of hospital occupancy on a national level remain very low – at 3 percent for general admissions and 2 percent for intensive care. On the question of vaccines, the study noted that as of Wednesday there were some 69,253,968 doses delivered.

A peak of deliveries was recorded between June 28th and July 4th but the weekly supplies of around 2.6 million doses dropped to 2.5 million last week.

“The timing of the delivery of more than 45 million doses planned for the third quarter remains uncertain, and as in the previous two quarters, they could be concentrated at the end of September,” stated Cartabellotta.

He noted that an irregular delivery schedule “is a major obstacle to planning the vaccination campaign”.

This could thwart government predictions that the whole of Italy will be fully vaccinated by the end of September, following news of an extra million Pfizer doses, scheduled to arrive in Italy in the middle of August.

More than 58 percent of the Italian population over 12 years old are now vaccinated, according to the latest government figures, making up some 31.4 million people.

The number of single shot Johnson & Johnson is now “meagre” – in the last week just under 4,000 doses were administered per day compared to over 944,000 “in the fridge”.

Among the over 60s, 88.5 percent have received at least the first dose of vaccine, with a very slight national weekly increase (+0.5 percent).

However, there are stark regional differences with Puglia reaching 93.6 percent, while Sicily is behind at 80.1 percent.

On average, around one in ten (11.5 percent) of over-60s in Italy are yet to receive a single dose.

At the other end of the scale, the limited availability of mRNA vaccines, which includes the Pfizer and Moderna vaccines, “hinders the possibility of a massive vaccination of the under-60s”, according to the study.

READ ALSO: Italy expects to vaccinate 60 percent of over-12s by end of July

Therefore, in this age group, over two thirds (68.5 percent), are still totally uncovered.

There are significant regional differences too, ranging from 85.9 percent unvaccinated in Umbria to 61.4 percent in Abruzzo.

The report noted that if the priority is getting everyone back to school in 100 percent presence – with the government considering making vaccinations mandatory for teachers, then “focusing solely on vaccination coverage is risky”.

No vaccine in Italy is currently available for children under 12.